At the Princeton Plasma Physics Laboratory (PPPL) in Plainsboro, New Jersey, physicist Fatima Ebrahimi has been exploring a plasma thruster that, on paper at least, appears to offer significant advantages over the kind of ion thruster engines now widely used in space missions. As opposed to electric propulsion methods, which draw a current of ions from a plasma source and accelerate it using high voltage grids, a plasma thruster generates currents and potentials within the plasma itself, thus harnessing magnetic fields to accelerate the plasma ions.

What Ebrahimi has in mind is to use magnetic reconnection, a process observed on the surface of the Sun (and also occurring in fusion tokamaks), to accelerate the particles to high speeds. The physicist found inspiration for the idea in PPPL’s ongoing work in fusion. Says Ebrahimi:

“I’ve been cooking this concept for a while. I had the idea in 2017 while sitting on a deck and thinking about the similarities between a car’s exhaust and the high-velocity exhaust particles created by PPPL’s National Spherical Torus Experiment (NSTX). During its operation, this tokamak produces magnetic bubbles called plasmoids that move at around 20 kilometers per second, which seemed to me a lot like thrust.”

In magnetic reconnection, magnetic field lines converge, separate, and join together again, producing energy that Ebrahimi believes can be applied to a thruster. Whereas ion thrusters propelling plasma particles via electric fields can produce a useful but low specific impulse, the magnetic reconnection thruster concept can, in theory, generate exhausts with velocities of hundreds of kilometers per second, roughly ten times the capability of conventional thrusters. 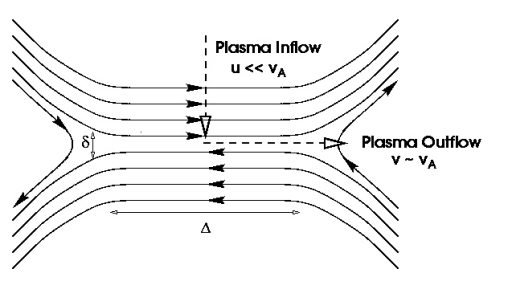 Writing up the concept in the Journal of Plasma Physics, Ebrahimi notes that this thruster design allows thrust to be regulated through changing the strength of the magnetic fields. The physicist describes it as turning a knob to fine-tune the velocity by the application of more electromagnets and magnetic fields. In addition, the new thruster ejects both plasma particles and plasmoids, the latter a component of power no other thruster can use.

If we could build a magnetic reconnection thruster like this, it would allow flexibility in the plasma chosen for a specific mission, with the more conventional xenon used in ion thrusters giving way to a range of lighter gases. Ebrahimi’s 2017 work showed how magnetic reconnection could be triggered by the motion of particles and magnetic fields within a plasma, with the accompanying production of plasmoids. Her ongoing fusion research investigates the use of reconnection to both create and confine the plasma that fuels the reaction without the need for a large central magnet. 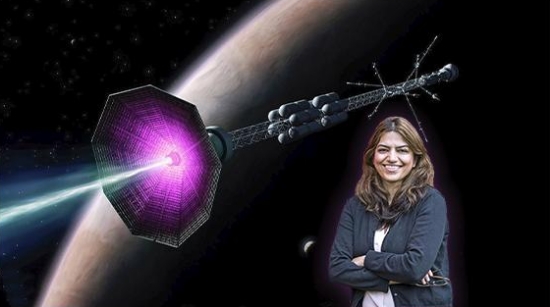 Thus research into plasmoids and magnetic reconnection filters down from the investigation of fusion into an as yet untested concept for propulsion. It’s important to emphasize that we are, to say the least, in the early stages of exploring the new propulsion concept. “This work was inspired by past fusion work and this is the first time that plasmoids and reconnection have been proposed for space propulsion,” adds Ebrahimi. “The next step is building a prototype.”