How to Explain Unusual Stellar Acceleration?

Anomalies in our models are productive. Often they can be explained by errors in analysis or sometimes systematic issues with equipment. In any case, they force us to examine assumptions and suggest hypotheses to explain them, as in the case of the unusual acceleration of stars that has turned up in two areas. Greg Matloff has written about one of them in these pages, the so-called Parenago’s Discontinuity that flags an unusual fact about stellar motion: Cool stars, including the Sun, revolve around galactic center faster than hotter ones.

This shift in star velocities occurs around (B-V) = 0.62, which corresponds to late F- or early G-class stars and extends down to M-dwarfs. In other words, stars with (B-V) greater than 0.61 revolve faster. The (B-V) statement refers to a color index that is used to quantify the colors of stars using two filters. One, the blue (B) filter, lets only a narrow range of wavelengths centered on blue colors through, while the (V) visual filter only passes wavelengths close to the green-yellow band. Hot stars have (B-V) indices closer to 0 (or negative); cool M-dwarf stars come out closer to 2.0. Proxima Centauri’s (B-V) number, for example, is 1.90. The (B–V) index for the Sun is about 0.65. 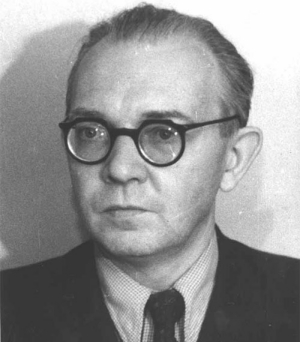 What the Soviet space scientist Pavel Parenago (1906-1960) had observed is that cooler stars, at least in the Sun’s neighborhood, revolve about 20 kilometers per second faster around the galactic center than hotter, more massive stars. Work in the 1990s using Hipparcos data on over 5,000 nearby main sequence stars clearly showed the discontinuity. An early question was whether or not this was an effect local to the Sun, or one that would prove common throughout the galaxy.

The answer came in the form of a paper by Veniamin Vityazev (St. Petersburg State University) and colleagues in 2018. The scientists hugely expanded the stars in their sample by using the Gaia Data Release 1 dataset,. The Gaia release included some 1,260,000 stars on the main sequence and a further 500,000 red giants. As we saw yesterday, the Gaia mission, which launched in 2013, is continuing to gather data at the Earth-Sun L2 Lagrange point, using astrometric methods to determine the positions and motions of a billion stars in the galaxy.

You may remember that the Vityazev paper (citation below) and its consequences was the subject of a 2019 dialogue in these pages between Greg Matloff and Alex Tolley (see Probing Parenago: A Dialogue on Stellar Discontinuity). And for good reason: The Gaia dataset allowed the Russian scientist and colleagues to demonstrate that Parenago’s Discontinuity was not a local phenomenon, but was indeed galactic in nature. All of this naturally leads to questions about the mechanisms at work here — Matloff’s interest in panpsychism as one explanation is well known and discussed in his book Starlight, Starbright (Curtis, 2019).

But in a new paper with Matloff, Roman Ya. Kezerashvili (New York City College of Technology) and Kelvin Long (Interstellar Research Centre, UK) point to another noteworthy datapoint. The extensive Gaia dataset showed a feature that turned up in the Hipparcos data as well. There was what the authors call a ‘strange bump in the curve of galactic revolution velocity versus (B-V) color index between (B-V) ≈ 0.55 and (B-V) ≈ 0.9…’ This would take in stars of the spectral classes G1 through K2, and the authors add that the bump is apparent only in the direction of stellar galactic revolution, like Parenago’s Discontinuity itself. Is this to be construed as a subset of the discontinuity or a separate effect? We don’t yet know.

What we do have is apparent acceleration in the direction that stars rotate around the galaxy, an unusual effect that adds up: In a billion years, the positional shift between a star without this acceleration vs. with the acceleration is about 1,500 light years.

This second apparent acceleration has yet to be confirmed by other researchers, as the authors acknowledge. But as we await that result, the new paper investigates the physical processes that could account for it. If we consider a star expelling material in a specific direction, we can model the system by analogy to a rocket and its expelled fuel, and thus examine velocity change with the Tsiolkovsky rocket equation. From the paper:

There are a number of physical mechanisms responsible for expelling mass during the stars’ life. These include but may not be limited to: unidirectional or focused electromagnetic (EM) flux, solar wind, accelerated solar wind, coronal mass ejections (CMEs), unidirectional neutrino flux, and solar wind thermonuclear fusion. Each mechanism can be treated as an exhaust velocity Vex with a mass flow rate so that the acceleration of the star is analogous to a rocket thrust F = VexMs.

What stands out here is how big the force F = 1016 N — the force needed to accelerate stars like the Sun to this level — is from our terrestrial perspective. It is the equivalent of the force exerted by two billion 106 kg rockets, each accelerating at 3g. Backing out to cosmic scale, though, the force appears less daunting, being 5 orders of magnitude less than the mutual gravitational force between the Earth and the Sun.

The mechanisms of mass loss are many and varied, as noted above, and the paper goes to work on eight of them:

Note how many of these demand an existing advanced technology to implement them. In fact, of the eight, only two have solutions that are what Matloff calls ‘mechanistic;’ i.e. operational within nature without technological intervention. These are galactic cannibalism and stellar sass loss by thermonuclear fusion. Neither show promise as a cause for stellar acceleration of this order.

Galactic cannibalism refers to interactions between dwarf galaxies and large galaxies like the Milky Way, with the satellite galaxies being absorbed. This adds to the mass of the primary galaxy and may increase star orbiting velocities, but the authors discount the process because stellar nurseries are also accelerated by galaxy mergers, just as pre-existing stars. Stellar mass loss by thermonuclear fusion due not only to fusion within the core but via the stellar wind — which is in any case omnidirectional — likewise fails to produce the observed acceleration effect across classes of stars.

Obviously these options take us into science fiction territory, such as the recent Greg Benford/Larry Niven collaboration beginning with Bowl of Heaven (Tor, 2012), where a star in directed motion carries with it a vast environmental shell. So as an example of just one way to do all this, let me quote from an article Benford wrote for Centauri Dreams in 2014 (see Building the Bowl of Heaven):

Our Bowl is a shell more than a hundred million miles across, held to a star by gravity and some electrodynamic forces. The star produces a long jet of hot gas, which is magnetically confined so well it spears through a hole at the crown of the cup-shaped shell. This jet propels the entire system forward – literally, a star turned into the engine of a “ship” that is the shell, the Bowl. On the shell’s inner face, a sprawling civilization dwells…

The jet passes through a Knothole at the “bottom” of the Bowl, out into space, as exhaust. Magnetic fields, entrained on the star surface, wrap around the outgoing jet plasma and confine it, so it does not flare out and paint the interior face of the Bowl — where a whole living ecology thrives, immensely larger than Earth’s area. 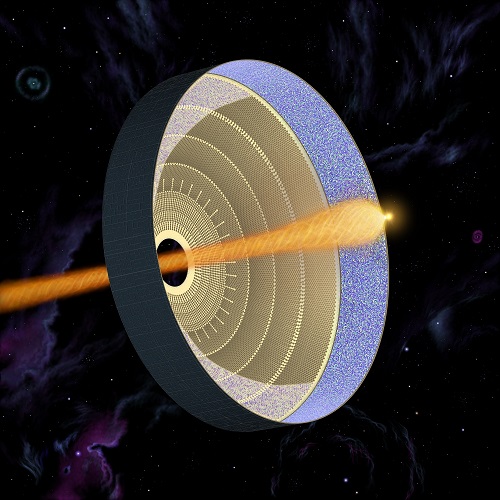 Image: Moving a star as depicted in Bowl of Heaven. Credit: Don Davis.

But the idea of moving stars via technology has a long pedigree. As just one example, let me quote Fritz Zwicky, that fiercely independent and prescient thinker, from an article he published in June, 1961 in Engineering and Science:

In order to exert the necessary thrust on the sun, nuclear fusion reactions could be ignited locally in the sun’s material, causing the ejection of enormously high-speed jets. The necessary nuclear fusion can probably best be ignited through the use of ultrafast particles being shot at the sun. To date there are at least two promising prospects for producing particles of colloidal size with velocities of a thousand kilometers per second or more. Such particles, when impinging on solids, liquids, or dense gases, will generate temperatures of one hundred million degrees Kelvin or higher-quite sufficient to ignite nuclear fusion. The two possibilities for nuclear fusion ignition which I have in mind do not make use of any ideas related to plasmas, and to their constriction and acceleration in electric and magnetic fields…

So could an advanced culture pull this off? The authors are quick to point out that the eight mechanisms they evaluate do not exhaust the range of possibilities, but thus far the physical mechanisms under investigation fail the test unless assisted by a technology. The first order of business, of course, will be to verify the apparent stellar acceleration and then to ponder stellar kinematics in their combined light.

But while we can envision advanced cultures developing the tools to move individual stars, as breathtaking as the concept seems, it appears unlikely in the extreme that entire stellar classes are being moved about simultaneously by megastructures or other technologies.

I think the existence of an explanation within the realm of nature has to be assumed. The question, of course, is just where it is to be found. This spirited paper, cheerfully speculative, contains an open call to the community to investigate anomalous stellar accelerations and produce other hypotheses explaining this curious behavior.