Recent updates to the Deep Space Network have me thinking about the data capabilities of laser communications, and how they will change the way missions operate. In late October, a payload called the Laser Communications Relay Demonstration (LCRD) is scheduled for launch aboard an Atlas V from Cape Canaveral. LCRD will begin its work by receiving radio frequency test signals from the mission operations center and responding with optical signals. Ultimately, the mission should be able to receive data from other missions and relay to the ground.

What we have here is NASA’s first technology demonstration of a two-way laser relay system, one that will test laser capabilities to find out, for example, about the potentially disruptive effect of clouds. Because optical signals cannot penetrate them, plans are for LCRD to transmit data from missions to separate ground stations, one in Table Mountain, California and the other at Haleakalā in Hawaii, both chosen because of their low degree of annual cloud coverage.

Also slated for late 2021 is the Terabyte Infrared Delivery (TBIRD) mission, which will demonstrate laser downlinks of 200 gigabits per second, again enlarging the agency’s capabilities at designing laser systems for small satellites. 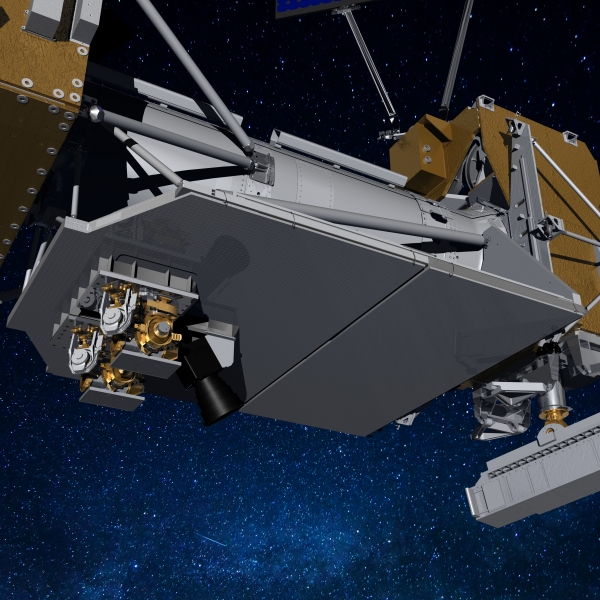 Image: The Laser Communications Relay Demonstration payload is attached to the LCRD Support Assembly Flight (LSAF), which can be seen in this image. The LSAF serves as the backbone for the LCRD components. Attached to the LSAF are the two optical modules, which generate the infrared lasers that transmit data to and from Earth. A star tracker is also attached here. These components are visible on the left side of this image. Other LCRD components, such as the modems that encode data into laser signals, are attached to the back of the LSAF. Credit: Goddard Space Flight Center.

All of this is by way of looking at how communications are evolving, and how capacity must grow with technology, for the 39 missions the Deep Space Network regularly supports are scheduled to be joined by another 30 NASA missions in development. The network’s tracking antennas are found at Goldstone (near Barstow, CA), in Robledo de Chavela, Spain; and in Canberra, Australia. Two new antennas have added capacity, taking the DSN from 12 to 14. You can track ongoing operations on the DSN on this mesmerizing page.

You’ll recall the issues with DSS-43, the 70-meter DSN antenna at Canberra (see Voyager 2: Back in Two-Way Communication). This is the only southern hemisphere dish with a transmitter in the needed S-band frequency range and powerful enough to send commands to Voyager 2, and it took 11 months of upgrades to resolve problems with its aging equipment. Voyager 1 is able to communicate through the two northern hemisphere DSN stations, but Voyager 2’s course following the Neptune encounter in 1989 was pushed well south of the ecliptic.

JPL’s Brad Arnold is manager of the Deep Space Network:

“The refresh of DSS-43 was a huge accomplishment, and we’re on our way to take care of the next two 70-meter antennas in Goldstone and Madrid. And we’ve continued to deliver new antennas to address growing demand – all during COVID-19.” 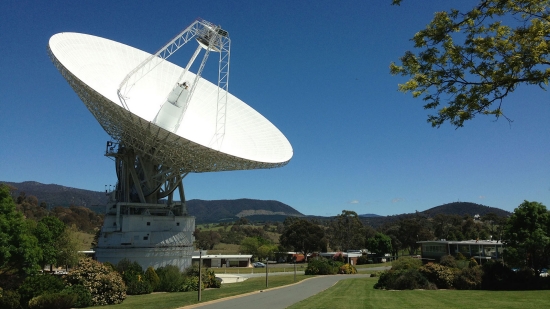 The upgrades are occurring at a time when data flowing through the network has grown by a factor of 10 since the 1960s, with the prospect of much higher data volumes to come. Hence the interest in optical strategies to enable higher-bandwidth communication. Improvements in automation allow operators to oversee multiple links to spacecraft simultaneously, so the sequencing and execution of tracking passes can be fully automated. While waiting for optical methods to mature, the network is also using new protocols for the reception of multiple signals from a single antenna, splitting them in a digital receiver as a way to boost network efficiency.

When it comes to the data overload problem, laser communication is the next step, and the groundwork has continued during the past decade. In 2013, the Lunar Laser Communications Demonstration (LLCD) used a laser signal to enable fast upload and download rates (600 megabits per second) on two simultaneous high-definition video channels. LLCD was followed in 2014 by the Optical Payload for Lasercomm Science (OPALS) experiment, a demonstration onboard the International Space Station. 2017 saw the Optical Communications and Sensor Demonstration mission (OCSD), in which high-speed laser communications were demonstrated via downlink from a CubeSat to ground stations.

Meanwhile, we can look forward to the Psyche mission, scheduled for launch in 2022, in which the onboard Deep Space Optical Communications (DSOC) payload will test laser communications in a mission to an asteroid 240 million kilometers away.

We get serious advantages not just in terms of bandwidth but also in transmission and reception of signals by going this route. The diffraction rate of a radio signal is determined by the wavelength of the signal divided by the diameter of the antenna. Push into higher frequency ranges and the signal becomes narrower, offering advantages in a crowded spectrum. The DSS-43 communications with Voyager 2 make the issues stark. Because of beam diffraction, the Voyager signal now swells to over a thousand times the diameter of the Earth.

Putting this into more futuristic terms: A 20-watt laser signal beamed back to Earth from Alpha Centauri via an installation about the size of the Hubble Space Telescope would reach us. Our current capabilities extend out into the Kuiper Belt, but star-to-star is out of the question. Back in 1989, the signal we received from Voyager 2’s 23 watts was twenty billion times weaker than the power it would take to operate a digital wristwatch, yet the DSN could pluck the signal out of deep space to deliver the data. If we had a Voyager 2 entering Alpha Centauri space, its signal would be 81 million times weaker than that. Going interstellar means going to lasers.

And beyond that? Claudio Maccone has demonstrated mathematically what might be done with a communications relay at the Sun’s gravitational focus beyond 550 AU. Going more futuristic still, a network of interstellar communications could one day grow from similarly placed relays around nearby stars. The efficiencies of a network like that — if we can find a way to put one in place — are breathtaking. See The FOCAL Radio Bridge for more.