An Abundance of Technosignatures?

What expectations do we bring to the hunt for life elsewhere in the universe? Opinions vary depending on who has the podium, but we can neatly divide the effort into two camps. The first looks for biosignatures, spurred by our remarkably growing and provocative catalog of exoplanets. The other explicitly looks for signs of technology, as exemplified by SETI, which from the start hunted for signals produced by intelligence.

My guess is that a broad survey of those looking for biosignatures would find that they are excited by the emerging tools available to them, such as new generations of ground- and space-based telescopes, and the kind of modeling we saw in the last post applied to a hypothetical Alpha Centauri planet. We use our growing datasets to examine the nature of exoplanets and move beyond observation to model benchmarks for habitable worlds, including their atmospheric chemistry and even geology.

Technosignatures are a different matter, and it’s fascinating to read through a new paper from Jason Wright and colleagues. – Jacob Haqq-Misra, Adam Frank, Ravi Kopparapu, Manasvi Lingam and Sofia Sheikh – discussing just how. The intent is to show that technosignatures offer a vast search space that in a sense dwarfs the hunt for biosignatures. That’s not what you would expect, as the latter are usually described as a kind of all-encompassing envelope within which technosignatures would be a subset.

On the contrary, write the authors, “there is no incontrovertible reason that technology could not be more abundant, longer-lived, more detectable, and less ambiguous than biosignatures.” How this potential is unlocked impacts how the search proceeds, and it also sends out a call for collaboration among all those hunting for life elsewhere. 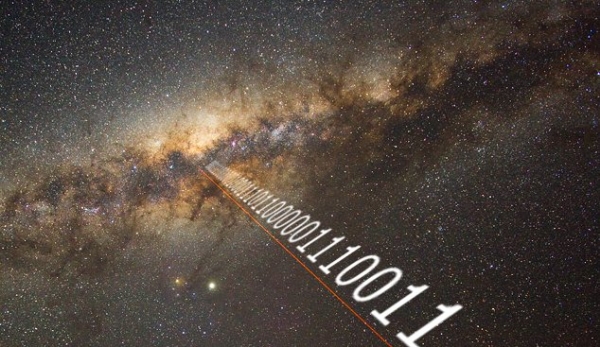 Remember that technosignatures do not require an intent to communicate, but are evidence of technologies in use or even long abandoned, perhaps found in already existing datasets needing re-examination, or in results from upcoming observatories. Check your own assumptions here, based on the Drake equation, in which factors include the fraction of habitable planets that develop life, the fraction that produce species that are intelligent and can communicate, and so on. Traditional thinking sees technosignatures as an embedded feature within a broader spectrum of life.

Reasonably enough, then, we might decide that if intelligence is a rare subset within biological systems, technosignatures would prove even rarer. Our own planet seems to exemplify this, with our species having become communicative only within roughly a century of today, despite 4.6 billion years in which to evolve. But Wright and team make the case that technology cannot be bounded in this way. Its emergence may be rare, but once it appears, it is possible that it will outlive its biological creators.

Biology may confine itself to a single habitable planet, but why should technosignatures be thus limited? In our own Solar System, we are producing, the authors argue, technosignatures for multiple worlds right now, especially at Mars, where we have our combined force of landers and orbital assets taking data and communicating results back to Earth. Such signals should increase as we follow through on plans to explore Mars with human crews and robotic spacecraft. As we spread into the Solar System, new technosignatures will emerge at each venue we study.

Why, too, should technology not spread through self-replication, perhaps not under the control of the biological beings who set it into motion? For that matter, why should we confine technology to planets? Places with no biology may prove extremely useful for our species, as for example the asteroid belt for resource extraction. We might expect technosignatures to emerge from these operations, another separate appearance of technology that grows ultimately out of the single planetary source. Moreover, this diaspora is unlikely to confine itself to a single star system, as the authors point out:

There is also no reason to think that technological life in the galaxy cannot spread beyond its home planetary system (see Mamikunian & Briggs 1965; Drake 1980). While interstellar spaceflight of the sort needed to settle a nearby star system is beyond humanity’s current capabilities, the problem is one being seriously considered now, and there are no real physical or engineering obstacles to such a thing happening (e.g., Mauldin 1992; Ashworth 2012; Lingam & Loeb 2021). Even if we cannot envision it happening for humans in the near future, it is not hard to imagine it transpiring in, say, 10,000 or 100,000 yr.

What a shift in thinking in the above paragraph, which to us merely states the obvious, when compared to a mere 75 years ago, a time when the idea of interstellar flight was considered science fictional in the extreme, and we were only beginning to probe the physics of the engines that might make crossing to another star possible. Today we’re more likely to be thinking about interstellar journeys as expeditions awaiting new generations of technology and engineering rather than a mystical new physics. We also factor artificial intelligence into an interstellar future that may be exclusively robotic. 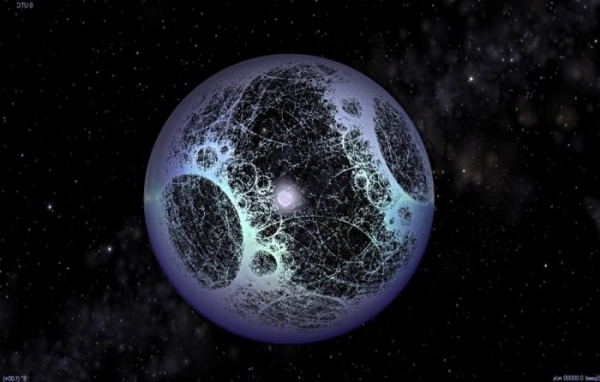 Image: A rendering of a potential Dyson sphere, collect stellar energy on a system wide scale for highly advanced civilizations. How many separate technosignatures might have emerged out of a single biological source in the building of such a thing? Credit: sentientdevelopments.com.

Recall our recent discussion of von Neumann probes. While the average distance between stars is vast, Greg Matloff looked at the problem in an exceedingly practical way. Suppose, he said, we confine ourselves to times when stars are within a single light year of each other, which happens to our Sun every 500,000 years or so. If we launch a self-replicating probe only every 500,000 years, we nonetheless set up a process of such crossings that fills a large percentage of stellar systems in the galaxy within a time frame of tens of thousands of years. All of these can produce technosignatures.

Thus even the most conservative assumptions for interstellar flight using speeds not much beyond what we can achieve with a Jupiter gravity assist today still create the opportunity for technology to spread far beyond the planet of its origin. As the authors are quick to point out, the Drake equation cannot capture this spreading, and the search space for technosignatures could vastly outnumber that for biological life.

Looming over discussion of the Drake equation has always been the issue of the lifetime of a technological civilization, the L factor. How likely would we be to pick up a signal from another civilization if our own is threatened at this comparatively early stage of its growth by factors like nuclear or biological war? The Fermi question may be answered simply enough by saying that no technological species lives very long.

Here it’s fair to ask how much we are projecting human tendencies onto our extraterrestrial counterparts. This gets intriguing. The collapse of civilization would be a dire event, but absent actual extinction, our species might recover or, indeed, re-develop the technologies that once proliferated. The time between catastrophe and potential recovery is not known, but such events do not put a fixed limit on a civilization’s lifetime. Even if we assume that technological civilizations will roughly track our own, we may understand our own only imperfectly. From the paper:

…humanity is the first species on Earth that can prevent its own extinction with technology, for instance by diverting asteroids, stopping or mitigating pandemics, or building “lifeboat” settlements elsewhere in the solar system or beyond (Baum et al. 2015; Turchin & Green 2017; Turchin & Denkenberger 2018). This means that the upper limit on our technology’s survival is essentially unlimited in theory, even in the face of inevitable natural catastrophes. Apart from these modern examples, Earth-analogs from human history teach us that a technological downshift—to temporarily become less technological until circumstances improve—is a common and healthy adaptation to catastrophe in human history and that technology and longevity are in this way inextricably linked…

Nor can we rule out the possibility that the Earth could develop other species beyond our own in the future that can produce a technological society following humanity’s extinction. For that matter, are we so sure about our past? If there have been prior periods of technology on Earth, the processes of time over millions of years would likely have eradicated them. Thus using our experience on Earth as the model for the Drake L factor is inadvisable because of how little we know about L for our own planet.

Technosignatures can outlast the beings that create them, and as the authors point out, the ones we produce are already on a par with Earth’s biosignatures in terms of detectability. While we would not be able to detect the biosignatures of Earth from Alpha Centauri’s distance, the final iteration of the Square Kilometre Array should be sensitive enough to pick up our radars at distances of several parsecs, and an advanced space telescope within our engineering capabilities now (such as the proposed LUVOIR) might be able to detect atmospheric pollution at 10 parsecs.

…the spread of technology could reasonably imply that the number of sites of technosignatures might be larger than that of biosignatures, potentially by a factor of as much as > 1010 if the galaxy were to be virtually filled with technology.

No wonder some authors have considered adding a ‘spreading factor’ to the Drake equation, which accounts for the possibility of technologies moving far beyond their home worlds. Thus one technosphere produces myriad technosignatures, while the Drake equation in its classic form inevitably does not account for such growth. If the equation assumes life emerges and stays on its home world, the authors of this paper see technology as having a separate evolutionary arc which potentially takes it far into the galaxy in ever proliferating form.

While the search for biosignatures continues, it makes sense given all these factors for technosignatures to remain under active investigation, and to encourage the astrobiology and SETI communities to engage with each other in the common pursuit of extraterrestrial life. Comparative and cooperative analysis should enhance the work of both disciplines.

The paper is Wright et al., “The Case for Technosignatures: Why They May Be Abundant, Long-lived, Highly Detectable, and Unambiguous,” Astrophysical Journal Letters 927, L30 (10 March 2022). Full text.