A Novel Solution to Fermi’s Paradox

Enrico Fermi’s famous question “Where are they?” continues to resonate among scientists and laymen alike. After all, shouldn’t the universe be teeming with life, and hasn’t intelligent life had enough time to spread through our own galaxy? Some estimates put the average age of Earth-like planets in the Milky Way at 6.4 billion years, whereas our own Earth is 4.5 billion years old. Some biospheres, in other words, may have had a two billion year jump on us. Shouldn’t we be seeing signs of extraterrestrial life? 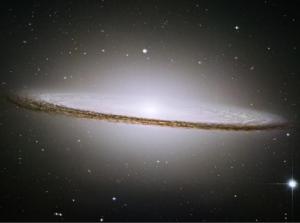 One intriguing solution to the Fermi paradox appears in Karl Schroeder’s novel Permanence (New York: Tor Books, 2002). Using a hypothesis from evolutionary biology called ‘adaptationism,’ Schroeder’s protagonist argues that consciousness is not necessarily required for toolmaking. “In fact, consciousness appears to be a phase. No species we have studied has retained what we could call self-awareness for its entire history. Certainly none has evolved into some state above consciousness.”

This view is so strikingly at variance with our conventional view of the universe that it brings most readers (including this one) up short. Astrophysicist Milan M. Ćirković (Astronomical Observatory of Belgrade), who discusses Schroeder’s work in a recent issue of the Journal of the British Interplanetary Society, puts the case this way: “…our estimates and expectations of the phenomenon of intelligence…are wrong. Intelligence is significant only insofar as it offers an evolutionary advantage, a meaningful response to the selective pressure of the fluctuating environment. Only so far, and no further is the ‘selfish gene’ willing to carry that piece of luggage.”

Image: The Sombrero Galaxy, some 50 million light years from Earth. According to some theories, galaxies like this may be aswarm with life, but lack long-term technological cultures. Credit: NASA/Hubble Heritage Team.

Ćirković, it should be noted, is not promoting Schroeder but simply arguing that the ideas found in Permanence deserve wider scrutiny, a fact that seems undeniable given how unsuccessful we have been at resolving the Fermi question. Adaptationism itself is drawn from the work of biologists like Richard Dawkins and John Maynard-Smith. The argument implies that adaptive traits disappear once the environment changes enough that the advantage gained by those traits is no longer functional. Extending adaptationism, then, we can say of intelligence that it too will disappear once its selective advantage is changed by local conditions.

It’s the same with consciousness. We know now that it evolves to enable a species to deal with unforeseen situations. By definition, anything we’ve mastered becomes instinctive. Walking is not something we have to consciously think about, right? Well, what about physics, chemistry, social engineering? If we have to think about them, we haven’t mastered them — they are still troublesome to us. A species that succeeds in really mastering something like physics has no more need to be conscious of it. Quantum mechanics becomes an instinct, the way ballistics already is for us.

The result is that we make a supreme adaptation to our own technology, in essence being swallowed up in it. Schroeder continues:

Originally, we must have had to put a lot of thought into throwing things like rocks or spears. We eventually evolved to be able to throw without thinking — and that is a sign of things to come. Some day, we’ll become…able to maintain a technological infrastructure without needing to think about it. Without need to think, at all…

And there’s your solution to the Fermi paradox: we don’t find evidence of a galactic civilization because technological culture is transient. Technical societies eventually move into a state of fragmented habitats as they expand into their local stellar neighborhoods. Ultimately, they revert to direct biological adaptation. Life persists but in the form of species adapted to their environment in ways that move them away from higher-order intelligence.

In this view, intelligence is no more exceptional than the color of a butterfly’s wings. In the long run, it is completely irrelevant. These challenging and in some ways aggravating thoughts are explored much more fully in Schroeder’s book and in Ćirković’s excellent essay. His paper is “Permanence — An Adaptationist Solution to Fermi’s Paradox?” in JBIS 58 (January/February 2005), pp. 62-70. Even the casual reader will find material for any number of further science fiction stories in these pages.

Next post: ‘Extremophiles’ Offer Clues to Life on Other Worlds