2003 UB313, the ’10th planet’ discovered by Michael Brown (California Institute of Technology), continues to fuel the debate over what constitutes a planet and where the division between planet and Kuiper Belt object should be. A new Hubble photograph shows the object to be slightly larger than Pluto, but nowhere near the 25 to 50 percent larger that Brown originally estimated.

But Brown was the first to state, early in the game, that we needed better data to get an accurate size estimate. And you can see why his original view made sense: if 2003 UB313 really is not much larger than Pluto, then it reflects over 90 percent of the light that hits it. What causes the additional brightness (Pluto, for example, reflects just 60 percent of incoming light) remains conjectural. But this must be an icy surface, and the distinctions between the new world and Pluto will continue to spur controversy.

The paper (submitted to the Astrophysical Journal) is “The Surface of 2003EL61 in the Near Infrared,” now available at the arXiv site. 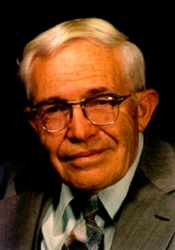 And finally, a nice Plutonian note from the Lawrence Journal-World reminds us that Clyde Tombaugh will be honored this Saturday at the University of Kansas. January 4 would have been the KU alumnus’ 100th birthday. How fitting that the featured speaker will be Alan Stern, principal investigator for New Horizons, aboard which a portion of Tombaugh’s ashes now make their way to the world he discovered.

Previous post: Hubble, Einstein and a Day to Remember