So much good material has run lately on planet-hunter Gregory Laughlin’s systemic site that Centauri Dreams feels seriously remiss in returning to it so infrequently. So there is catching up to do, but we focus today on Laughlin’s new work, with UCSC graduate student Jeremy Wertheimer, on an intriguing question about Proxima Centauri. Is the tiny star in fact gravitationally bound to Centauri A and B?

Surprisingly, much recent work has suggested otherwise, including a 1993 paper by Robert Matthews and Gerard Gilmore that set the tone for Proxima research in that decade. But Laughlin notes that the European Space Agency’s Hipparcos satellite has firmed up our knowledge of the position, distance and velocity of nearby stars, enough to demand a new look at this question. After all, Proxima is roughly 15,000 AU from the Centauri binaries, and shows only a small velocity relative to them. It would seem unlikely these stars would not be bound into a triple system, and Laughlin and Wertheimer make a strong case that they are. 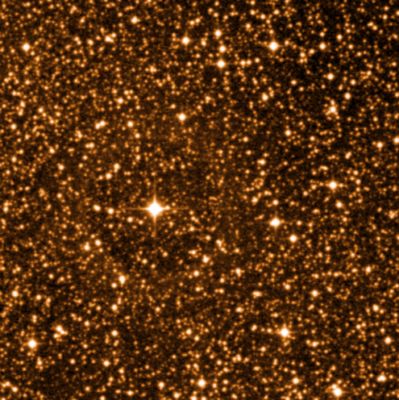 But here’s where this question gets truly fascinating: we have two studies of the Centauri stars with regard to planetary formation that suggest positive things for habitable planets there. First, a 1997 study by Paul Wiegert and Matt Holman describes stable orbits for terrestrial worlds within 4 AU of either Centauri star. And a 2004 paper by Jack Lissauer and Elisa Quintana, discussed here on Centauri Dreams, shows that terrestrial planet formation within the binary system is possible. The remaining problem for habitability is that such worlds are likely to be dry, there being no stable areas for planetesimal formation beyond 4 AU from which volatiles could be delivered to the inner worlds.

But if Proxima is in a bound orbital relationship with Centauri A and B, that picture changes. From Laughlin’s paper on this work:

“One might therefore wonder about the habitability of putative terrestrial planets in the system. A possible concern with respect to habitability might arise because any planets orbiting the α-Centauri binary may be depleted in volatiles. If Proxima had been bound to the system during its formation stages, then it may have gravitationally stirred the circumbinary planetesimal disk of the α Centauri system, thereby increasing the delivery of volatile-rich material to the dry inner regions.”

The paper is Laughlin and Wertheimer, “Are Proxima and Alpha Centauri Gravitationally Bound,” as yet unpublished but submitted to The Astronomical Journal. Be sure to read Laughlin’s report on this work on the systemic site (and while you’re there, be sure to check his sly resolution of the Fermi Paradox). He and Wertheimer calculate that Proxima should orbit the Alpha Centauri stars about once every million years, with the semi-major axis of the orbit being roughly 1/6th of a light year. If Proxima is indeed stirring the Centauri planetesimal soup, dislodging comets and delivering interesting materials to the inner systems, then the odds on habitability go up. And on that score, it’s humbling and energizing to consider that Proxima, and probably the entire Centauri system, was 2 billion years old when the Sun formed.

So you can see that binding Proxima Centauri gravitationally to the Centauri A and B stars is much more than an abstract calculation. It could spell the difference between terrestrial, life-harboring worlds in that system and dry, desert planets. With current calculations showing three to five terrestrial worlds should be feasible around both stars, we may one day find that the Centauri system is an astrobiologist’s paradise. Could a two-Earth mass Centauri B “b” planet be detected with current instruments? Laughlin suggests one possibility for doing so, a reminder that even with today’s technology, we are not so far from the first verification of a terrestrial exoplanet.