Getting a probe to 200 AU from the Sun ‘as fast as possible’ is what Innovative Interstellar Explorer is all about. The mission represents a current look at an idea that has been kicking around the space community for about thirty years now — an interstellar precursor mission that would get us into the interstellar medium with an instrument package specifically designed for its study. The goals are laid out in a recent article in The Journal of Spacecraft and Rockets which has been made available online. 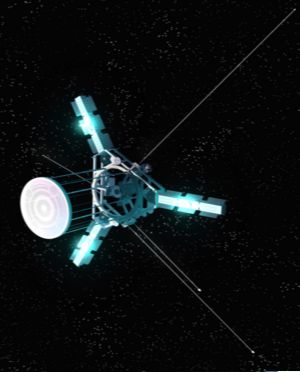 It has been fascinating to watch this idea evolve over time. Various trajectories studied for the mission, each described in this paper, included a close pass by the Sun for a gravity assist, using chemical or other thrust systems including nuclear electric propulsion and solar sails. Today’s thinking is to forego the close Solar pass for thermal reasons, and to fly Innovative Interstellar Explorer with a high energy launch followed by a long thrusting period using electric propulsion powered by radioisotope power systems. The mission would pick up a gravity assist at Jupiter, although single and double gravity assists from the outer planets have at one time or another been considered.

The upshot: 30 years to reach 200 AU looks to be a workable number, five years longer than earlier projections due to a reconsideration of technological readiness by 2010, as needed for the earliest launch date. That launch window opens in 2014, another in 2026. From the paper:

Whether this trip time is reasonable will have to be determined by the science community and programmatic considerations. The twin Voyager spacecraft have been ﬂying for over 25 yr and have a potential lifetime of 15 yr more until their decaying RTG power output can no longer run them. Following their “grand tour” of the outer planets, the spacecraft have remained at the scientiﬁc cutting edge while continuing to excite the public imagination. The Innovative Interstellar Explorer would be a worthy successor to the Voyagers, and their predecessors Pioneers 10 and 11, in taking the ﬁrst scientiﬁc step to the stars.

Meanwhile, IIE gets a writeup in New Scientist, available here though unfortunately tucked behind the site’s firewall if you’re not a subscriber. Centauri Dreams has written up IIE at various times in the past two years. Here’s an entry that provides additional background, and here’s another.