The scientific world has lost a true renaissance man (and indeed, one with an interest in Renaissance-era technology) with the death of Ronald Bracewell. The intellect of the Stanford mathematician, physicist and radio engineer ranged across many disciplines, nursing a fascination with etymology, cataloguing varieties of California trees, developing his university’s radio astronomy capabilities and of course, speculating on extraterrestrial civilizations and how they might reach us. The Stanford News Service offers an overview of his rich and crowded life.

“Many of Ron’s inventions have flourished in other fields of science and engineering. For example, CAT scans and, basically, the imaging of objects by scanning them through radio and electromagnetic methods are all things that originated with him.” 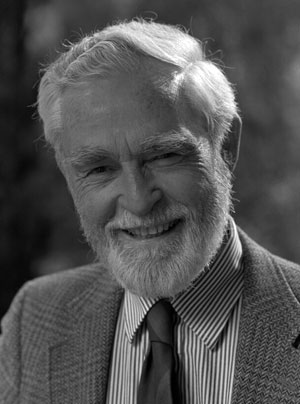 For those of us focused on space, Bracewell’s work on radiotelescopes stands out. The 32-dish installation he designed at Stanford produced daily solar maps that NASA used during the Apollo program, and he maintained a long-standing fascination with SETI, particularly of the optical variety. Indeed, his modifications to the Fast Fourier Transform improved image processing and signal analysis. But the more speculative among us will always thank him for his concept of the Bracewell Probe, an autonomous device that could carry a civilization’s storehouse of knowledge throughout the galaxy.

Bracewell published over 200 papers and co-wrote the seminal text Radio Astronomy (Oxford University Press, 1955) with J. L. Pawsey. He was also the author of The Galactic Club: Intelligent Life in Outer Space (San Francisco: W. H. Freeman, 1975). A good place to begin in terms of interstellar issues is the key paper “Communications from Superior Galactic Communities,” which ran in Nature 186 (1960), pp. 670–71. The essay is reprinted, among other places, in A. G. Cameron, ed., Interstellar Communication (New York: W. A. Benjamin, 1963), pp. 243–48. Then ponder the Bracewellian nature of Clarke’s monoliths in 2001: A Space Odyssey and consider how deeply his work has affected our view of extraterrestrial contact in the era of ever more capacious computing.