Google Sky is a terrific idea, letting you roam at will through the heavens in a realm of high resolution imagery and information overlays that becomes a useful teaching tool as well as a dazzling personal excursion. The new feature mines imagery from the Space Telescope Science Institute, the Sloan Digital Sky Survey and many other sources. The latest version of Google Earth is needed to use it. To keep up with Google Sky developments, you should be reading Frank Taylor’s Google Earth Blog, which now includes a ‘Sky’ category in its archives. Frank’s original Sky announcement includes a video demonstrating how Google Sky works.
——-
How many stars are in the Milky Way? I notice that SETI optimists tend to higher numbers, usually citing 400 billion, while SETI pessimists lean toward 200 or even 100 million (the number I remember being taught back in the 1960s). This outstanding video is optimistic indeed, claiming a whopping 500 billion, but whatever the number, its look at the Hubble Deep Field captures the magic of staring into a patch of ’empty’ sky and seeing galaxy after galaxy receding into a darkness deep beyond comprehension. Nice work indeed by Tony Darnell of Deepastronomy.com.
——- 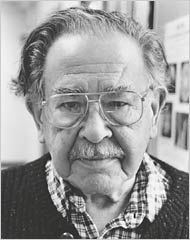 When you’ve predicted the temperature of the cosmic microwave background back in the 1940s and worked on the abundance of elements in the early universe, you doubtless hope for more recognition than Ralph Alpher received. The physicist, who died this past week at the age of 86, worked with George Gamow on a paper that would launch cosmology as its own branch of physics. Gamow invited Hans Bethe in as co-author to create authorship by “Alpher, Bethe, Gamow,” punning on the first letters of the Greek alphabet, though Bethe himself did little of the work. The New York Times profiles the cosmologist who, having left the field in the 1950s, remained in many ways the forgotten man of Big Bang science. Image credit: Union College.
——-
Be aware of an upcoming meeting of astronomers from around the world to discuss plans for research over a five to fifteen year time frame at the Arecibo Observatory. Hosted by Cornell University’s National Astronomy and Ionosphere Center (NAIC), the sessions will be held September 12-13 in Washington, D.C., at the Hall of the States Building, 444 North Capitol St., NW. Among numerous topics is the critical matter of Arecibo’s planetary radar, threatened by closure, and its role in finding and cataloging Earth-crossing objects that may one day endanger our planet.