The prospect of habitable planets around red giant stars fires the imagination, enough so that quite a few readers forwarded me the link to a recent paper looking at this question. I’m reluctant to speak for others, but I suppose a major reason we’re so interested (and I, too, had flagged the paper as soon as it popped up on the arXiv server) is that it changes our view of habitable worlds once again. Not long ago it was only the G-class, Sun-like star that seemed a likely abode of life. Then we started looking hard at M-dwarfs. Do we now extend the search to massive red giants, the descendants of stars once like our own? 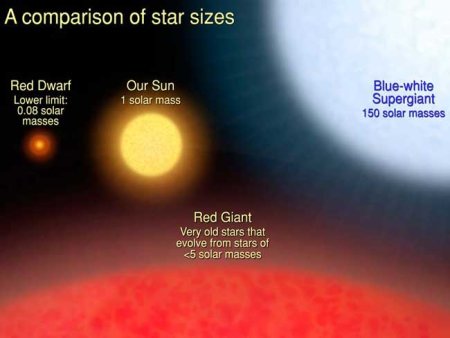 Werner von Bloh (Potsdam Institute for Climate Impact Research) and team show that the possibility is real. We’ve long known that life on a planet in Earth’s orbit would not survive the swelling of the Sun, even if it did not actually engulf the planet. But life on Earth would actually die out long before that event, if for no other reason than that carbon dioxide would be removed from the atmosphere as the planetary core cooled, slowing the volcanic activity needed to replenish it. The weathering of silicates on Earth’s continents creates the carbon dioxide sink within which the CO2 gradually accumulates.

We’re looking, then, at the end of photosynthesis. At an age of roughly 6.5 billion years, long before the Sun enters its red giant phase, the Earth becomes uninhabitable. But as a planet like ours gradually dies, dormant ‘super-Earths’ — planets more massive than the Earth but with similar chemical and mineralogical composition — may be heading toward an entirely different fate. A super-Earth well beyond 1 AU in a Sun-like star’s system could be thawed into life during the star’s red giant expansion. Frozen earlier in the system’s history and well beyond what von Bloh defines as the ‘photosynthesis-sustaining habitable zone’ (pHZ), the planet would have sustained no weathering and consequent loss of CO2.

Warm such a planet up by the swelling of the central star and weathering begins, with a CO2 equilibrium being established. A super-Earth dominated by oceans would hold onto its CO2 the longest because of the reduced amount of land surface. The numbers here make it clear that land surface is crucial in the length of time a planet can sustain photosynthesis. The paper discusses how long a planet might take to transit the pHZ:

For planets of a distinct size, the most important factor is the relative continental area. Habitability was found most likely for water worlds, i.e., planets with a relatively small continental area. For planets at a distinct distance from the central star, we identiﬁed maximum durations of the transit of the pHZ. A comparison of planets with different masses revealed that the maximum duration of the transit increases with planetary mass. Therefore, the upper limit for the duration of the transit for any kind of Earth-type planet is found for most massive super-Earth planets, i.e., 10 M⊕ , rather than 1 M⊕ planets, which are rendered uninhabitable after 6.5 Gyr…

The best case scenario is an ocean-dominated world not far beyond the present orbit of Mars, a ten Earth-mass world that could maintain itself in the star’s habitable zone for a whopping 3.7 billion years. Searching for habitable planets, then, we may want to add red giants to the mix, another surprising development that points to the widening range of astrobiological investigations. And maybe we should start thinking in terms of two life cycles around stars like our own, the first as the star burns through the main sequence, the second a perhaps lengthy efflorescence of life on a previously frozen world.

The paper is von Bloh et al., “Habitability of Super-Earth Planets around Other Suns: Models including Red Giant Branch Evolution,” in press at Astrobiology and available online.