Reflections on the New Star Trek

This morning I have the pleasure of introducing my friend Athena Andreadis, who will give us her thoughts on the recent Star Trek film. Dr. Andreadis is Associate Professor of Cell Biology at the University of Massachusetts Medical School, and the author of To Seek Out New Life: The Biology of Star Trek. In her basic molecular neurobiology research, she studies the fundamental gene regulatory mechanism known as alternative splicing. The long-term goal of her research is to understand how the brain works, and contribute to the struggle against mental retardation and dementia. When not conjuring in the lab, Athena writes essays on science and science fiction, while writing her own SF/F fiction, some of which appears at the site Starship Reckless, which she founded.

We Now Interrupt Our Regular Programming…

… so that, stepping into Paul’s hospitable parlor, I can hold forth on the Star Trek reboot (henceforth ST||, for parallel timeline). I assume that anyone not in a silently running nuclear submarine has seen it by now, so I won’t be coy about spoilers. My first impression was positive: I felt that it captures and renews the essence of its source without servility or campiness. It’s playful, energetic and based on a reasonably clever conceit. It eschews the tiresome snarkiness and angst of contemporary SF, retaining instead the original ST’s brightness and optimism. It’s an alternative universe fanfiction, in the best sense. Last but not least, Uhura is a bit less of a prop and Spock a bit less of a prig, of which more anon. 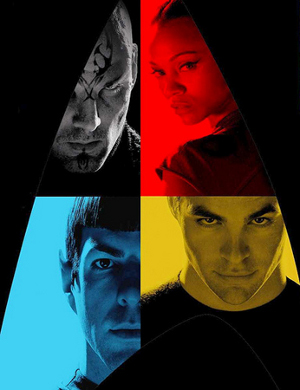 Alas, after the euphoria subsided, several problems became obvious besides the standard-issue bogus science – which includes the dreaded, dreadful red matter and (yet again!) a leaky black hole horizon. I think that I, like many of the old(er) cognoscenti, was so relieved that ST|| is not the disaster it might have been that I was willing to overlook a lot of asteroid debris.

The original Star Trek generally opted for civility and diplomacy, employing violence only as a last resort. However, today’s Hollywood, along with several other segments of US society, seems to have firmly convinced itself that negotiation is not for real men. As people increasingly become beleaguered cubicle drones and deracinated couch potatoes, their tastes have reverted to the primitive: men and women are reduced to no more than the presumed primary attributes of their genitals. Besides, ST||’s almost exclusively male cast is in the high-testosterone age bracket. As a result, ST|| adopts the standard stance: maximum force as the first and only response to conflict. Even the nominally restrained Vulcans are bullies in this re-imagining.

My other quibbles were that the villain is a stale, boring cross between an orc and a Matrix goth and his evil drill might as well be called the Death Star; the new Kirk is even more annoying than the old one and the director must be aware of this, since he denies him the lone eligible woman’s favors; Spock Prime’s expositions and exhortations flagrantly violate the prime directive of Show, Don’t Tell, diminishing the Kirk-Spock friendship in the process; and the fist- and sword-fights look silly when the characters have phaser guns.

For me, the greatest loss was that of Vulcan, because this turn of events precludes the opportunity to explore that culture in depth. The last ST series, Enterprise, became truly fascinating when it started delving into that aspect. The decisions to destroy Vulcan and to make the Federation more prone to shoot from the hip make ST|| less unique, less nuanced, less adult, closer to the usual action flick geared to pre-adolescent boys of all ages. Destroying Vulcan was also probably a way to make this Spock’s feelings be permanently closer to the surface — but I hope that they will at least allow him a wider emotional palette than just anger. Certainly the embrace on the transporter pad gives him borderline snacho status.

Which brings me to ST||’s women, all two of them. Amanda meets the classic fate of every good mother in Hollywood: a death that gives her son an excuse to go on convenient rampages. Uhura fares marginally better, at least on paper. She’s a gifted linguist and assertive despite her tutu – er, uniform. Even so, she is still carefully excluded from all the action, whereas each of her male peers is given at least one major scene of derring-do.

ST|| is an odd-numbered film in the series, so I’ll give it a long space tether. However, if Uhura degenerates into the Angel in the House or if the certain-to-come sequels become more generic, I will put ST|| permanently in the same category as Star Wars. Those who have read my essay on Star Wars know how dire a fate this is. And though my wrath may not equal that of Khan, if enough of my ilk get disaffected we may abandon all the old lumbering dinosaurs and manage to relaunch the real McCoy — the Firefly-class starship Serenity, with its true love of endless skies and its persistent aim to misbehave. 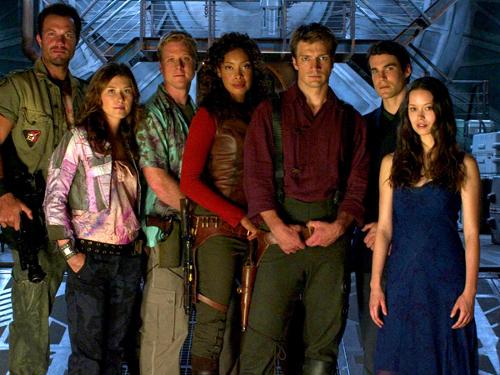