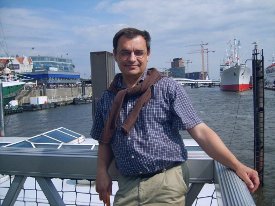 The bet between Tibor Pacher and myself continues to draw emails, proving that my friend Tibor was right when he saw an interstellar wager as a teaching opportunity. I still maintain that an interstellar mission will not be launched anywhere near as early as 2025, but Tibor does have his advocates, as you can see on the Long Bets site. Moreover, it’s been useful to plug in distances and velocities for a 2000-year mission to a place like Proxima Centauri when I speak to audiences about how large the distance between the stars really is. 2000 years is a long time, but we’re still talking 650 kilometers per second, and just 20 years to the Oort Cloud!

And as a guy who used to build model airplanes back in my youth, first in plastic and then from balsa wood (wonderful memories of working with kits of World War I and II aircraft from Guillow), I can relate to Tibor’s latest venture. MiniSpaceWorld is an attempt to create, at a European site still to be determined, a wide-ranging exhibit covering the state of the art in rocketry and pointing toward a future that encompasses missions to extrasolar planets. Tibor’s inspiration for this was the amazing Miniatur Wunderland in Hamburg, an exhibition that may be the most spectacular gathering of model railway talent ever assembled in a single place.

With content ranging from the experiments of Galileo up to existing space installations worldwide and extending to showcase potential exoplanetary environments, MiniSpaceWorld aims to cover the gamut of space exploration, all in a miniaturized format that can pack an enormous amount of material into a small space, roughly 3500 square meters in two levels, with a potential for growth. The design contest soliciting ideas in all categories can be accessed through the MSW site, where details of contest entries and the format to be used are also provided. A jury including Tau Zero’s Marc Millis will judge the winners, with an award ceremony to be held in December in Budapest, organized in conjunction with Galaktika, the award-winning European science fiction magazine. 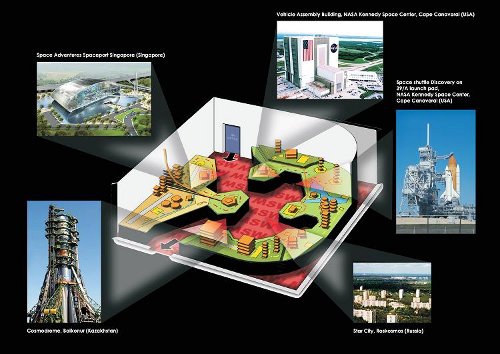 Image: One aspect of MiniSpaceWorld will be modeling of existing space installations around the world. Credit: Ferenc Gál.

The contest is open now and will run until October 15, a chance to contribute to a scale model world for space exploration that, Tibor hopes, will help to promote public interest and funding for future ventures. It’s an ambitious project that deserves support. I notice that the Miniatur Wunderland venue in Hamburg draws 700,000 visitors a year, a demonstration that small scale modeling can grow into a significant opportunity for education over time. Building the intellectual framework now — especially for the kids — can help us down the road once we emerge into a time of more robust funding for deep space missions.