Of Technological Lifetimes and Survival

Is the movement toward ever more sophisticated technology irreversible? If you’ve studied history, the answer is obviously no. Various speculations arise from this — Carl Sagan once opined that without the intervening collapse known as the Dark Ages, we might have seen a Greek civilization exploring near-Earth space a thousand years ago. It’s also likely that no law prevents another collapse into technological and scientific somnolence, perhaps sparked by war, or disease, or economic catastrophe.

This is why I always hedge my bets when asked about timetables for space exploration. How long until we get humans to the outer system? How long until we launch a fast starship? Everyone is in a hurry, but so much depends on whether we keep growing our technology. Nanotechnology, for example, could change everything, but it’s one thing to be using molecular assemblers by the end of the century, and quite another to see the fruition of this work stalled for a millennium by external events. 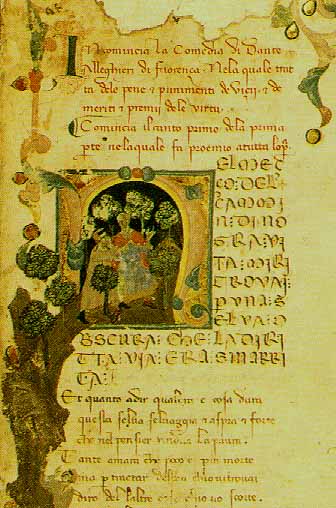 In my grad school days as a medievalist, I found myself examining ancient manuscripts, documents assembled during the interregnum between the end of Roman hegemony in Europe and the first stirrings of the European renaissance. Vellum, which is treated sheep or goat skin, proved to be long-lived, and you can go to places like the British Museum or the Háskóli Íslands in Reykjavik and see some of the glories of the Middle Ages, illuminated manuscripts transcribed in a beautiful hand, conveying the art and wisdom of our species (and not coincidentally, rescuing it from oblivion).

Today the notion of preserving precious documents seems remote, given the speed with which we digitize and multiply things. But therein lies a trap, and it’s helpful to know that Japanese researchers have developed a form of memory that can store data for over a thousand years. After all, conventional hard disks are subject to magnetic influences that can destroy their information within decades. And if you’re relying on optical disks of various kinds, be aware that a lifetime of a century seems profoundly optimistic.

The researchers note, however, that if you keep the humidity at less than two percent, you can use a semiconductor device to keep data intact for a period approximating that between Alaric’s entry into Rome and the writing of Dante’s Divine Comedy. They’re calling this Digital Rosetta Stone (DRS), a nod to the trilingual artifact that opened up our understanding of Egyptian hieroglyphs. The Rosetta Stone was a way of transmitting ideas (in this case, a decree from Ptolemy V) that contained a multilingual key to a long dead form of writing.

I see that the Long Now Foundation has picked up on the DRS work with a useful suggestion: “If someone finds this disk 1,000 years from now, how will they know how to access the information? We think a microetched instruction manual might do very nicely.” Indeed. As we figure out ways to extend the life of our digital artifacts (and in the process, build one key technology for extremely long-duration spaceflight), we have to remember that future researchers may not approach what we leave behind with the assumptions, or tools, needed to decode it.

We don’t know how long technological societies live — this is a key term in the Drake Equation. Hoping for the best means anticipating a future in which downturns, or even collapse, can be followed by resurgence and renewed growth. We sometimes speak in these pages of a planetary backup plan in case of external catastrophe, but we need one as well for self-inflicted emergency, something history tells us our species is prone to inflict upon itself. And while I’m generally an optimist, I feel better knowing that new ways of preserving information are coming online.