The submission deadline for the MiniSpaceWorld contest has, according to Tibor Pacher, been extended to November 1. Those with a yen to build scale models with a space theme should be considering the possibilities in the project, an exhibit showcasing everything from current rocket technology to basic principles of physics and astronomy, space travel as seen in science fiction and more. MiniSpaceWorld draws on the inspiration of the Miniatur Wunderland in Hamburg, which does for model railroads what Pacher hopes to do for space-themed modelers and educators.

With the help of the Roland Eötvös Physical Society, the MSW design particulars are now being circulated to 1500 secondary school physics teachers in Hungary, which is the reason for the deadline extension. Full particulars can be found on the site, where I notice that the design contest award ceremony will be held in Budapest on December 5. The Hamburg railroad venue has shown, by drawing over five million visitors since its opening, that high quality modeling will have an audience. From model railroads to space may not be that big a leap.

Next Big Future recently hosted the Carnival of Space, always a good read, but I want to point you in particular to Brian Wang’s own posts on the Mach Effect and the work of James Woodward. Brian interviews physicist Paul March on his work on thruster applications growing out of these ideas in two posts that you can find here and here. At stake, March believes, is a drive that “…requires a certain minimum amount of local reaction mass to work with, which interacts with the mostly distant mass/energy in the universe via the ambient cosmological gravinertial field wave interactions.” 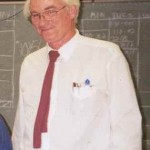 Interactions with the distant universe? To get to the heart of this, we have to go back to Ernst Mach, who explained inertia as being causally related to the most distant matter in the universe, an idea that is, needless to say, controversial. Einstein tried, but failed, to work the notion into his developing ideas of General Relativity, but the question of inertia’s origin remains tantalizingly elusive.

Woodward has been examining what he believes to be transient mass fluctuations in accelerated masses that could be explained in a Machian framework. It’s interesting stuff, and the subject of experimental work that is ongoing, although whether we are dealing with actual effects or ‘noise’ in the data is still unclear. Woodward’s own Web site gives his take on the matter. We also looked at Woodward’s work in our Frontiers of Propulsion Science book.

Interestingly, one reader (writing under the name Kurt9, familiar to Centauri Dreams regulars) noted on Brian’s site that Woodward’s notions seemed similar to John Cramer’s ideas on retro-causality, which are based on his transactional interpretation of quantum mechanics. March, in fielding the question, notes that Cramer’s concept is important because “… it provides a ready-made explanation of how inertial momenergy waves propagate to/from the mostly distant mass/energy in the universe in apparently zero local time.” We continue to await the results of Cramer’s lab work, a widely anticipated experiment that we’ve discussed often in these pages (an early post on the subject is here).

Cramer, by the way, investigated some of Woodward’s concepts in a study sponsored by NASA’s now defunct Breakthrough Propulsion Physics project. There are plenty of interesting links to follow in Brian’s two articles. Adam Crowl also discusses Woodward this week.

Let me also point you, while we’re talking about exotic physics, to Richard Oboussy’s interview with Jose Natario on his Interstellar Journey site. Natario has written two influential papers on warp drive. Quoting the physicist:

…I set up a fairly general model for a warp drive spacetime, which includes the Alcubierre model as a particular case. I showed that it is possible to have models where there is no overall contraction or expansion of space (although space does get severely distorted on the warp bubble wall). My hope was that one would then get less severe violations of the energy conditions, but that turned out not to be the case: one can easily prove that these models always violate the positivity of energy. I also showed that there are two other (in my view more serious) problems with the warp drive concept, namely the existence of horizons and infinite blueshift regions. 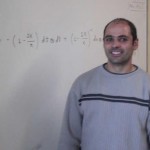 A major problem with current warp drive concepts: The warp ‘bubble wall’ is disconnected from the interior of the craft, making it impossible for crewmembers inside the vessel to control the wall. How to control something moving faster than light from inside the bubble itself, when your signals, traveling only at the speed of light, cannot reach the front of the bubble wall?

Interstellar theorists are always looking for ways to reduce mission times enough that a scientist working on the project would live to see its completion. For Alpha Centauri, that means about ten percent of lightspeed, given the lengthy times assumed to develop and build the craft in the first place. But another way around the problem is to lengthen human lifespans to the point where a crew could survive a centuries-long mission, explore, and live to make the return. 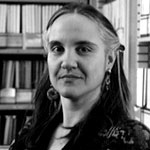 Although we don’t often get into life extension issues here, it’s interesting that Athena Andreadis (University of Massachusetts) finds one current long-life motif to be all but pointless. Calorie reduction is said to make us live longer, but does it? Check this out, from her recent article in H+ Magazine:

All vitamins except B and C are lipid-soluble. If we don’t have enough fat, our body can’t absorb them. So the excess ends up in odd places where it may in fact be toxic –- hence the orange carotenoid-induced tint that is a common telltale sign of many caloric restriction devotees. Furthermore, if we have inadequate body fat, not only are we infertile, infection-prone and slow to heal due to lack of necessary hormones and cholesterol; our homeostatic mechanisms (such as temperature regulation) also flag. And because caloric restriction forces the body to use up muscle protein and leaches bones of minerals, practitioners can end up with weakened hearts and bone fractures.

Not only that, but because the brain runs on glucose, it starts releasing stress chemicals when it’s not getting what it needs, a problem that can induce hallucinations or false euphoria. Thus the history of shamans, desert prophets and others who have undertaken fasting as part of a quest for visions. And if you’re counting on red wine to keep you ticking now that you’ve learned you can eat again, Athena doesn’t think much of resveratrol as a life-extender:

…it doesn’t even extend life in mice –- so the longer lives of the red-wine loving French result from other causes, almost certainly including their less sedentary habits and their universal and sane health coverage. That won’t stop ambitious entrepreneurs from setting up startups that test sirtuin activators and their ilk, but I predict they will be as effective as leptin and its relatives were for non-genetic obesity.

Andreadis, noting that human lifespan has nearly tripled thanks to vaccines, antibiotics and other factors, doubts we will be able to extend it much further. Moderately overweight people are, according to recent studies, the longest-lived. Maybe propulsion scientists are our best bet after all, at least until we come up with an anti-aging technique that at present seems to be off the charts.