MiniSpaceWorld: The Future in Miniature 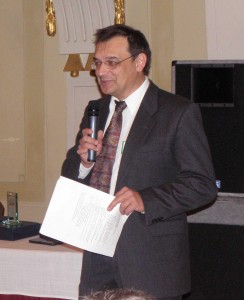 Keeping up with Tibor Pacher isn’t easy. My opponent on a bet about the future of interstellar flight (see the Long Bets site for details), Tibor has many irons in the fire, including what appears to be a labor of love called MiniSpaceWorld (MSW). The exhibit, now in its planning stages, will showcase the state of the art in rocketry and the directions our technology is taking us, all through miniatures and modeling. Tibor patterned the idea after the well-known Miniatur Wunderland in Hamburg, which taps the energy of model railroaders to create a rail-themed model universe. Extending the idea into the realm of astronautics is an attempt to educate and inspire a broad audience about space topics.

MSW’s layout is ambitious, ranging as far back in time as the earliest experiments in rocketry and moving out to the outer planets and beyond, all packed into roughly 3500 square meters in two levels. In December, the results of the first MSW design contest were presented at an award ceremony in Budapest. The leader of the prize jury was Austrian scientist and science fiction writer Herbert Franke, who spoke about science fiction’s ability to inspire and motivate young people to study science.

But I also want to mention MSW judge Patrick Gyger, who is director of the remarkable Maison d’Ailleurs, a museum of science fiction in Yverdon-les-Bains, Switzerland. The ‘house of elsewhere’ is Europe’s largest research and documentation center for research into science fiction, with a library of 50,000 books in forty languages dating back to the 16th Century. Science fiction was the theme of the evening at the award venue, the Congress Hall of the Hungarian Academy of Science in the castle district of Budapest. Hungarian actor Oszkár Gáti read Ray Bradbury’s short story ‘The Rocket’ (about creating great things out of small beginnings) and German musician Barbara Buchholz performed theremin music. Among the guests were Imre Ikvai-Szabó, Deputy Major of Budapest, and leaders of the Hungarian Astronautical Society. 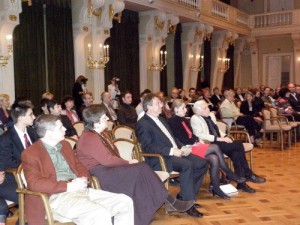 You can have a look at the winning entries of the 2009 design contest (two of the teams shared first prize) here. Ahead in 2010 is a photo exhibition in Budapest featuring the contest, the design and construction of an ‘MSW on Tour’ mobile showcase featuring the Moon and the Google Lunar X Prize, planning for the 2010 design contest, and the design of a 60-80 square meter exhibit on astronomical themes for Hungary’s Futura Science Center, which is expected to open in the spring of 2012. As I said, keeping up with Tibor is never easy, and he’s also working, through his peregrinus interstellar effort, on a project called Faces from Earth to compile messages that would fly on future deep space missions. More about Faces from Earth, and its Mosaic Earth offshoot, in coming weeks from Tibor himself.