On Early Death, and Resurgence

The New Horizons probe to Pluto/Charon is approaching Uranus’ orbit, prompting the team’s Twitter poster to remember Challenger’s final crew in a tweet late yesterday. Challenger was lost on January 28, 1986, just as Voyager 2 reached Uranus, and thus we had the joy of a new planetary encounter mingling with grief for a fallen crew. I remember that day as vividly as anyone, I suppose. I was doing an intensive flight instruction seminar in Maryland, a weekend push that had me flying all day with students trying to improve their instrument landing skills. We were just headed out for another session when the news came, and a number of the pilots went to the closest TV to see for themselves. 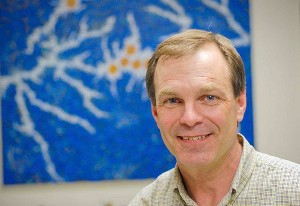 We looked and shook our heads in disbelief. Then we got back into our respective cockpits and took off again, trying to keep those images out of our minds to focus on things like holding patterns and ADF approaches. Grim memories because of their context. This morning also seems grim because of the recent death, evidently a suicide, of Andrew Lange, an astrophysicist at Caltech whose young career (he died at 52) was devoted to the microwave background that tells us so much about the early universe.

The investigation of the cosmos has always struck me as joyous and it’s troubling to examine it in the context of sudden death. But Lange’s contribution was immense. His Boomerang experiment, discussed in this New York Times feature, flew in 1998 over Antarctica. Boomerang stood for Balloon Observations of Millimetric Extragalactic Radiation and Geophysics. The balloon made a ten-day flight at 120,000 feet, detecting and mapping the microwave glow of the universe as it was when only 400,000 years old. The results suggested a flat universe, one that would keep expanding.

The finding was consistent with the theory of inflation, an incredible expansion of the universe in its earliest moments. The Times story quotes Marc Kamionkowski (Caltech) as saying, “Boomerang was just crystal clear; it was the shot heard around the world.” The findings were backed by the Maxima experiment, which Lange had a hand in, and the Cosmic Anisotropy Telescope. They were later confirmed by the Wilkinson Microwave Anisotropy Probe (WMAP). The 1998 finding of the universe’s accelerating expansion fits the Boomerang results nicely — if there was not enough matter in the universe to make it flat, we now learned there was certainly enough energy.

It could be said, then (and Michael Turner at the University of Chicago makes this case) that Lange’s Boomerang team were the first to demonstrate that the geometry of the universe is flat. He went on to work on detectors for continuing the study of the cosmic microwave background. What forces drove his own life to its early end we can only leave to conjecture, but it’s one of life’s redemptive elements, as Challenger reminded us, as Columbia reminded us, that while death can turn exhilaration into stunned silence, it cannot still the resurgence of spirit that hands over the work to new volunteers who will bring new missions home. Requiescat in pace.