Project Icarus, introduced to the IAA at last year’s Aosta conference, made quite a splash yesterday at the International Astronautical Congress in Prague, with four presentations by Icarus team members and related work on the FOCAL mission by Claudio Maccone. Icarus is the attempt to re-examine the Project Daedalus starship study of the 1970s in light of technological developments in the intervening years. A joint project between the British Interplanetary Society and the Tau Zero Foundation, it’s now in fully operational mode.

Fueling Up a Starship

There is much in these papers worth comment, but today I’ll home in on the issue of helium-3 and where to find it, presented yesterday and drawing on the work of Andreas Hein, Andreas Tziolas and Adam Crowl. Daedalus was envisioned as a fusion mission using deuterium and helium-3 as fuel, a reaction that has advantages over deuterium/tritium but one that has yet to be demonstrated in a working reactor. Assuming we do figure out how to light this reaction, we still have problems in that helium-3 has a very low abundance on Earth, which is why Project Daedalus’ planners came up with the idea of entering Jupiter’s atmosphere to collect it. 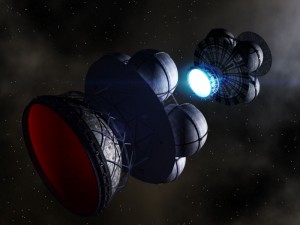 The idea is audacious, involving huge factories moving through Jupiter’s clouds and orbital ferries that would carry the precious cargo to Callisto, outside the worst of the planet’s radiation belts. Moreover, 128 such factories deployed over 20 years were needed to mine the needed 30,000 tons of helium-3. The Icarus designers note both the scale and the attendant problems of the idea, although uses of helium-3 fusion in Earth-based power generation and planetary defense could come into play to offer additional incentives to acquire helium-3 resources.

But what about Jupiter itself? The strong radiation belts here rule it out for the Icarus team, which also eliminated Saturn because of its own radiation problems and high escape velocity. Uranus emerges as the planet of choice, with returning the processed helium-3 to orbit presenting perhaps the biggest technical hurdle. Double-walled hot-air balloons are chosen to keep the processing unit stable in the atmosphere, with a single-stage nuclear-thermal rocket emerging as the best solution for return to orbit. But the Icarus study is young, and the team is also considering tether concepts for atmospheric mining that do not involve braking and descent into the atmosphere at all.

Safety and political concerns would make a nuclear-thermal rocket unlikely for the outbound leg from Earth to Uranus, which the team thinks better handled in any case by nuclear electric propulsion, with aerodynamic braking or aerocapture used for orbital injection upon arrival. And we can’t rule out interesting solar sail possibilities. However, NEP remains the most attractive option to date. The paper on which Hein’s presentation was based lays out the benefits analysis and notes the high cost of gathering helium-3. What to do? Let me quote from the paper:

…we have to consider the consequences of the results for space exploration and an interstellar probe using D-He3 propulsion. For the annual rate of 1500 tonnes of He3 required for the Daedalus probe, it is reasonable to assume a civilization which has a much higher need for He3 for energy generation or interplanetary transportation. Taking current energy growth estimates, this will take many centuries. A possible solution to this problem would be a drastic reduction of the payload mass of the probe. A reduction by two orders of magnitudes would require an annual mining rate of 15 tonnes. Nevertheless, the course of the Icarus study will show, whether this kind of reduction of the probe size is feasible.

Thus we run into energy growth estimates again (see the discussion of Marc Millis’ paper on same in relation to the first launch of an interstellar probe). Reducing the payload mass helps, but we’re also looking to a civilization that has established a clear need for helium-3. The Daedalus design, of course, ran into constraints like this, but it falls to Icarus to take them to their logical conclusion, even as we note again that deuterium/helium-3 fusion has yet to be demonstrated. Must we wait for other fusion concepts and, possibly, a Uranus space elevator to supply the technologies that would fuel Icarus, pushing back its launch by centuries?

First Estimates and Their Uses

A rough estimate shows that the maximum order of magnitude cost of Helium 3 must be between 1 – 10 Billion$ per ton, in order to be competitive. This is a very important result, because it will limit the allowed cost per ton of He3 obtained in our mining operation, if fusion reactor economics is the dominant factor. 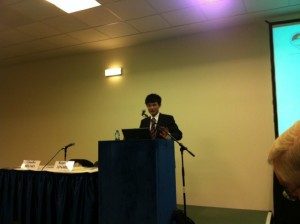 The technical and commercial feasibility of deuterium/helium-3 remains in question, because Hein’s numbers exceed the maximum cost. But if a workable fusion propulsion technology using helium-3 becomes available, then its uses within the Solar System would be clear, especially in terms of dealing with dangerous objects like Earth-crossing asteroids. A planetary defense grid could well take advantage of this kind of fusion, allowing the delivery of fast payloads to these objects in response to perceived threats. This coupled with possible Earth-based reactors could impel society in the helium-3 direction and would represent the best scenario for lowering costs.

If that scenario plays out, helium-3 mining could become a long-term strategic investment in technology and security. A system delivering helium-3 to the L2 Earth-Sun Lagrange point could thus generate political and financial support. All of this could reduce the cost of helium-3 to within acceptable limits, making deep space missions like Icarus more likely. How likely is all this to occur? Reports like these deliver first estimates and are not meant to be definitive, but they do sketch out the extraordinary challenges implicit in the idea of putting together a near-term interstellar mission.