If you charted the appearance of certain stars in books through the last two centuries, which ones would get the most hits? It’s an interesting question that Greg Laughlin (UC-Santa Cruz) ponders on his systemic site, using Google’s Ngram viewer as his tool. Ngram lets you plug in the terms of your choice and chart their appearance, using the vast collection scanned into Google Books. When Laughlin plugged in Alpha Centauri, it seemed a safe term to use. The closest star(s) to our own are always going to get a fair amount of attention. He added Proxima Centauri, Beta Pictoris, 51 Pegasi and 61 Cygni.

The chart (shown below) is a bit startling when you realize that the blue spike at its left represents not Alpha Centauri but 61 Cygni, but everything becomes clear when you add in the fact that 61 Cygni was the first star other than the Sun to have its distance measured, making it a major player in 19th Century astronomical references. Greg also reminds us of the Scottish polymath Thomas Henderson, a lawyer and cartoonist who wound up putting his interest in science to good use when his work on measuring longitudes caught the eye of the Royal Navy. He would soon find himself at the Cape of Good Hope, working on parallax measurements of Alpha Centauri.

Henderson pegged the distance to the bright southern star at 3.25 light years, not bad for an early parallax measurement, but he was concerned about the accuracy of his finding and held back long enough for Friedrich Wilhelm Bessel to publish his own parallax measurements of 61 Cygni, which Bessel worked out to be 10.4 light years away (about ten percent less than the true figure). Henderson would publish his work in 1839 but forever lost his chance to be the first to measure the distance to another star. Laughlin’s graph shows the continuing prominence of 61 Cygni in the 19th Century, but Alpha Centauri then moves past it to claim first place.

As to the others, it’s obvious from the chart that 51 Pegasi is a late player, and just as obvious why: It was in 1995, when 51 Pegasi begins to turn up in these references, that Michel Mayor and Didier Queloz announced the discovery of a planet orbiting the star. The duo were working with radial velocity methods at the Observatoire de Haute-Provence, and they had found the first exoplanet around a main sequence star. You can see how useful Google’s Ngram can be at measuring the currency of ideas (and for those of us interested in literary studies, you can see how helpful it is to bring a quantitative analysis tool to the field — see the reference at the end for more on this).

Now 61 Cygni has been on my mind in recent days because one of the books I’m reading is Alastair Reynolds’ Chasm City, a novel in which the planetary system around this star figures as a destination in one of the sub-plots of the book. Reynolds is much taken with ‘generation ships,’ the enormous vessels Les Shepherd talked about in his famous 1952 paper on getting humans to the stars. But the novel also includes later technologies called ‘lighthuggers’ that close to within a small percentage of the speed of light. Here his protagonist looks out on a cluster of starships gathered in the Epsilon Eridani system:

There was something heartbreakingly beautiful about the lights of distant ships… It was something that touched both on human achievement and the vastness against which those achievements seemed so frail. It was the same thing whether the lights belonged to caravels battling the swell on a stormy horizon or a diamond-hulled starship which had just sliced its way through interstellar space. 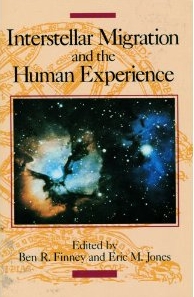 Caravels? The reference to the technology of Henry the Navigator confirms my suspicion that Reynolds had been reading that wonderful volume Interstellar Migration and the Human Experience before he wrote the book. This collection of essays is the proceedings of the Conference on Interstellar Migration that was held at Los Alamos in 1983, a gathering that was unusually multidisciplinary — biologists came, as did physicists, humanists, philosophers. It remains a classic text that should be on the shelf of anyone following interstellar studies.

Henry, although he did no navigating himself, was obsessed with extending the early journeys of Portuguese sailors further and further down the African coast, financing expeditions and bringing astronomers and cartographers together to work out ways to further the explorations. After Henry’s death in 1460, his successors sponsored still more journeys, using a technology that combined sturdy, ocean-going hulls with lateen sails and a sternpost rudder, a mixture of ship design that drew on northern Europe as well as the methods of Mediterranean sailors. Thus the caravela, which offered a way to beat back home against predominately northerly winds.

Anthropologist Ben Finney presented his thoughts on the caravel at the conference, and went on to speak about the motivational factors that drove visionary explorers in that era:

Without the contributions from the developing scientific and technological movement of the day, Europe could never have resolved its crises through overseas expansion. Exploration and science were intimately linked from the beginning. In fact, the recruitment by Portugal of mathematicians, astronomers and other scientists to help seamen navigate uncharted waters was one of the first, if not the first, major instance in which science was applied systematically to solve a practical problem. Clearly, the technological attitude then developing in the West, with its extreme readiness to apply scientific findings to anything from navigation to gunnery, combined with the search for new sources of wealth to produce European overseas expansion. (p. 204)

Reynolds, whose science fiction offers up star-faring cultures enmeshed in the vast tapestry of space opera, is relating a still medieval technology, one that fed into a renaissance of exploration, to a far future scenario in which humans have crossed gulfs immeasurably greater than those that faced Henry. The question of how to get the thinking of society from here to there is what propels Finney’s analysis. How do we motivate and tune technology to open up such opportunities? Will we be able to make it happen in space?

Having a desirable destination is part of all this. On that score, it’s interesting to return to Laughlin’s analysis. After finishing with Ngram, he goes on to use Google Trends to look at the things we search for online and the volume of news references to those terms. Alpha Centauri shows steady traffic, but Gliese 581 continues to spike. It’s done so three times in the last three years, its spikes aligned with the various claims for habitable planets around the star. The question will face us soon: Exactly how will the public react to the confirmed discovery of a truly Earth-like planet? Will it awaken a new era in exploration that pushes our technologies into interstellar space?