If by any chance you missed Lee Billings’ recent work on BoingBoing, let me direct you to Cosmic Commodities: How Much is a New Planet Worth? Lee has been talking to planet hunter Greg Laughlin (UC-Santa Cruz) about the latter’s equation that quantifies the worth of a given planet. It’s an ingenious concept, one that accepts inputs like planetary mass, estimated temperature, type and brightness of the primary star, and generates a value in cash. Why do this? It’s a way to measure the potential of an exoplanet to be interesting. or in Laughlin’s terms, “a way for me to be able to quantify how excited I should be about any particular planet.” 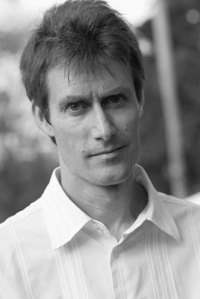 You can follow the genial and long-running musings on planetary value on Laughlin’s systemic blog, but read Billings if you’re not already familiar with the equation, because his interview with Laughlin walks you through all the parameters step by step. One of the interesting things about the equation is that the brighter the star appears to you, the more valuable the planet. That makes basic sense because we use photons to study exoplanets, and the equation says it is easier to do this if we have more photons to work with. Here’s Laughlin on the matter:

Think of it this way: If we’re sitting here on Earth, our sun is extraordinarily bright in the sky. The brightness of the Sun thus makes that term enormous if we run this equation for the Earth. If we evaluate this equation for the Earth, we get an answer of about 5 quadrillion dollars. And that’s basically the value of all our infrastructure, accumulated through history.

Being there, in other words, is everything, and we can watch the equation change with proximity:

If, for instance, there is a planet orbiting in the habitable zone of Alpha Centauri B, part of the closest star system in the sky other than our Sun, that planet’s worth about $6 billion using this scale. But then if you voyage there, Alpha Centauri B appears brighter, and brighter, and brighter, until it is your Sun in your sky and you’re on the planet’s surface. So in going there you have this ability to intrinsically increase value. And that’s an exciting thing because it ultimately provides a profit motive for perhaps going out and making a go of it with these planets.

This is saying that something that is several billion dollars on Earth, could be, if you go there, a quadrillion-dollar payoff.

Costs of an Imaging Mission

You might object that using dollars and cents to put a value on an exoplanet is an arbitrary way to assign value, but there’s a cunning logic here. What drew me to write this was the fact that if you take the $6 billion that Laughlin’s equation pegs for a planet in the habitable zone of Centauri B and look at it in terms of how you might study it, the $6 billion starts to resonate. If we did find out in the next few years that such a planet existed, we would doubtless want to examine it through a space-based direct imaging telescope, and it’s Laughlin’s guess that the public would be willing to spend well more than a million — and certainly far less than a trillion — dollars to mount such a mission.

In other words, $6 billion might not be so far off if you’re thinking of building a cutting-edge space telescope to study an extremely attractive planet in Centauri B’s habitable zone. It was through a recent post on systemic that I learned about the most ‘valuable’ of exoplanet candidates so far, the object called KOI 326.01, to which Laughlin’s equation assigns a value of $223,099.93. KOI means ‘Kepler Object of Interest,’ a reminder that we haven’t yet even confirmed its existence. It’s a candidate, in other words, but an interesting one because it appears to be a bit smaller than Earth and orbiting in the habitable zone of its star.

Laughlin’s valuation formula is great fun to play with — Mars, for example, merits a paltry $14,000, for reasons you can explore in the Billings interview. But let’s back out to the bigger picture discussed recently by Kepler head William Borucki at the American Association for the Advancement of Science’s annual meeting in Washington. Based on Kepler results and extending them throughout the galaxy, we come up with close to 50 billion planets as the roughest of estimates, with at least 500 million of them in the habitable zone of their stars.

All this is still evolving, of course, because we know that stars can have more than one planet, and the Kepler telescope needs more time to identify planets that are, like the Earth, at a greater distance from their star. And even when we have a more or less complete list of planetary candidates, we still have to confirm the findings via techniques like transit timing. It’s interesting to see, too, that a Kepler-like instrument studying our system would probably detect only one planet because our system is not co-planar enough to make multiple detections likely.

So let’s see. Kepler is a $600 million mission, and KOI 326.01 leads all candidates with a perceived value of $223,099.93. What new worlds will Kepler find that can get those two figures a little closer to each other? Surely an Earth-mass planet in the habitable zone of a G-class star would raise the ante, but we have more data collection and analysis ahead before we can make any such calls. Meanwhile, Borucki told the AAAS that 10.5 percent of the stars in the Kepler sample should have Earth-sized planets. Add in the 7.3 percent that should have super-Earths and it’s clear we should expect interesting places to explore both near and far in the galaxy.

Near, of course, is better, which is why we need to move from a statistical sampling mission like Kepler to an active examination of stars close to our Sun. Both the PLATO mission (PLAnetary Transits and Oscillations of Stars) and TESS (Transiting Exoplanet Survey Satellite) point us in that direction, and the hope here is that the exciting Kepler results will give both missions further impetus. Meanwhile, we continue to await with interest the results of ongoing investigations of the Alpha Centauri stars, in the hopes that a planet there will hit Greg Laughlin’s jackpot.

Previous post: A Gas Giant in the Oort Cloud?