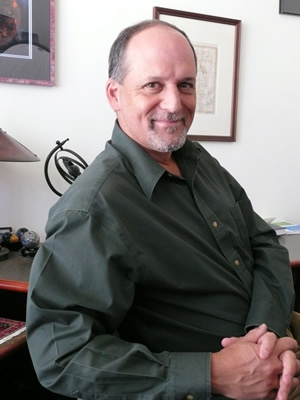 The Tau Zero Foundation is pleased to announce that planet hunter extraordinaire Geoffrey Marcy is now affiliated with the organization. As a Tau zero practitioner, Dr. Marcy will serve as a major point of contact on exoplanet issues, bringing with him the most storied portfolio in the planet-hunting business. Working closely with Paul Butler and Debra Fischer, Dr. Marcy (University of California at Berkeley) has discovered more extrasolar planets than anyone else, including 70 out of the first 100 to be found. His team’s findings include the first multiple-planet system, the first Saturn mass planets, and the first Neptune-mass planet. His awards are numerous: Shaw Prize in 2005, Discovery Magazine‘s Space Scientist of the Year in 2003, the NASA Medal for Exceptional Scientific Achievement, the Carl Sagan Award, the Beatrice Tinsley Prize, and the Henry Draper Medal from the National Academy of Sciences.

Centauri Dreams readers will recall our coverage of the Next 40 Years of Exoplanets workshop at the Massachusetts Institute of Technology, where Geoff took up Sara Seager’s challenge to be provocative by taking on the powers that be at NASA, JPL and his own exoplanet community on behalf of Terrestrial Planet Finder and the lamented Space Interferometry Mission. He closed that session by making the case for a robotic mission to Alpha Centauri, a project that could in his judgment revitalize NASA and space agencies worldwide. Let me quote him on this:

“I’d like to make an appeal to President Obama. I think he should stand up and make the following announcement: That before the century is out we will launch a probe to Alpha Centauri, the triple star system, and return pictures of its planets, comets and asteroids, as soon as possible, even if it takes a few hundred years or a thousand years to get there. [Going to Alpha Centauri] would engage the K-12 children, it would engage every sector of our society… It would jolt NASA back to life, if we’re really lucky. And of course any such mission should be an international one involving Japan, China, India, Europe…”

Marcy went on to note that such a mission would bring not only scientific progress but the diplomatic coherence required as the world worked together toward this momentous common goal. In some ways, the call reminded me of Daniel Goldin’s days as NASA administrator, when just as the Pathfinder spacecraft was nearing Mars, he told reporters that building a robotic probe that could reach another star would become a NASA priority. Back then small steps were indeed taken. An Interstellar Probe Science and Technology Definition Team met at the Jet Propulsion Laboratory in early 1999 to consider the prospect, but budget realities and the daunting nature of the mission brought an early end to any organized effort within the agency.

Will Marcy’s call for an Alpha Centauri mission meet a better fate? We can hope so and continue to draw researchers together to work toward this end even as the exoplanet hunt continues. Marcy’s challenge at the MIT meeting was embedded within a discussion of the exoplanet field and its tools today, and it’s a good time to review the discussion (you can see Geoff’s talk by following this link to the MIT archives). The key to exoplanet research is getting the spectra needed to study these worlds, and Marcy said it was the nearby stars that offered the real, 40-year future of exoplanet research: “Habitable planets around the nearest stars, those within 25 light years, offer enormous advantages over those that orbit more distant stars.”

The advantages: Planets around nearby stars can be imaged, allowing spectroscopy. Proximity also allows us to measure the zodiacal dust around those stars, both to study the dust in its own right, but also to be able to subtract the dust signature to more clearly resolve an Earth-like planet. We can also measure the masses of planets around nearby stars through either Doppler or astrometric methods. “And frankly,” Marcy added, “the nearby stars are the ones reachable by next generation propulsion systems. So I think spectroscopy of the habitable planets around the nearest stars is really the forty year future.” Thus the need for instrumentation to be able to image and take spectra of Earth-sized planets at reasonable distances from their stars.

Marcy was candid about his anger with the recent decadal survey and NASA response. For the 2010 decadal survey, New Worlds, New Horizons in Astronomy and Astrophysics, was remarkable for what it didn’t include. The Terrestrial Planet Finder mission was not mentioned at all as a priority. The reasons are many but Marcy blames NASA headquarters, scientists at the Jet Propulsion Laboratory, and people within the exoplanet community including himself for not having made a strong enough case to ensure its survival. He calls Terrestrial Planet Finder ‘our human genome project,’ noting that “The different gene sequencing TPF sub-projects cancelled each other out. Coronagraphs killed the interferometers which killed the occulters and SIM was left squashed. The squabbling cost the field ten years, and TPF is officially zeroed out.”

But we still need space-borne interferometry, and an overwhelming case remains for the interferometric version of Terrestrial Planet Finder (TPF-I). Marcy says that free flying interferometers are the only plausible future for astrophysics, but competing designs were alternately funded and encouraged and then dropped, leaving proponents of each at war. I won’t go into all the specifics but send you instead to Marcy’s talk. Suffice it to say that all the presentations are worth hearing (the complete archive page is here), but Geoff’s call for an Alpha Centauri mission was what brought him into contact with the Tau Zero Foundation, and we’re honored by the chance to work with him in the future as studies of nearby stars including Alpha Centauri intensify.