Report from the UK Space Conference

Rob Swinney is a freelance writer, a member of the British Interplanetary Society and an active participant in the Tau Zero Foundation/BIS study group Project Icarus, a team of volunteers working on a practical design for an interstellar probe. Rob completed his Bachelors degree in Astronomy and Astrophysics at the University of Newcastle Upon Tyne and his Masters in Radio Astronomy at the University of Manchester (Jodrell Bank). Later he graduated from Cranfield University (then the Cranfield Institute of Technology) with a Masters degree in Avionics and Flight Control Systems. After a rewarding career in the Royal Air Force as an Aerosystems Engineer (Avionics) Officer he completed his Commision in 2006 having attained the rank of Squadron Leader. He is a Chartered Engineer registered with the UK’s Engineering Council and a Member of the Institution of Engineering and Technology. Rob recently attended the UK Space Conference on July 4 and 5th and here offers us a personal view of the proceedings. Space agencies worldwide are challenged by budget cuts and the need to develop a new vision as we enter the age of commercial space. Our recent discussions here highlighted the problems of the US space program in particular. How do things look in the UK and the European Space Agency? 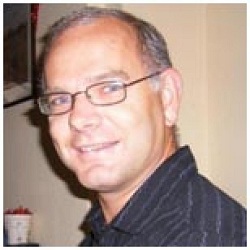 The UK Space Agency emerged from the forerunner British National Space Centre. This week the agency hosted the UK’s Space Conference 2011 at Warwick University, England, where economic issues came to the fore. The agency has an apparently vastly increased budget of several hundred millions of pounds although this was created by merging funds from other areas and the figure is still well below the amounts spent by the other major European economies.

The conference, whose theme was ‘The New Space Economy,’ brought together members of the space community from industry, government and academia and painted a positive picture of the space sector in the UK, which is estimated to be worth £7.5 billion per year (over $10 billion), a figure the new agency hopes to help grow to over £40 billion in the next 20 years. There was definitely a ground swell of positive opinion about the skills in the UK to build small satellites and other specific areas of the sector that can offer business opportunities.

Interestingly, David Willetts, a Member of Parliament and the UK Minister of State for Universities and Science, suggested the health of the UK space sector was in such a good state because there hadn’t been a government agency involved in the past and this had been to its advantage. It is perhaps unclear how ringing an endorsement this is of the move to governmental executive agency status. But Willetts did announce a number of policies to try and improve the environment for doing ‘space’ business in the UK, one of which was to lower the mandatory third party insurance limit from £100m to £60m (for launch and orbital operations).

Even if the agency just focuses on lowering costs and red tape there is little chance of the UK market not growing to £40 billion in the timeframe allowed given the rate of growth for the last 10 years – even through the recession we are now experiencing. Perhaps more challenging is the aim to grow the market share of worldwide space products and services from 6 to 10%.

What the Agency actually does with its £230 million budget is then open to debate. The good news for the European Space Agency (ESA) is that it looks like more of that money will end up being pushed through to ESA. The bad news is that it is really not a lot of money anyway and only a fraction of the totals of other European countries such as France and Germany. Even so, the importance of the UK involvement with ESA was apparent from the first session, ‘Space Policy,’ which included the ESA Director General Jean-Jacques Dordain, who helped set the scene. Dordain stated that although the conference had started on America’s Independence Day, “Together we are better.” Independent agencies cooperating skillfully can achieve much.

Various tracks were offered in the parallel sessions and on the first day I attended the ‘Science and Exploration’ session followed the next day by ‘Student presentations’ and then ‘Access to Space.’ There was an interesting mix. Much in evidence was the prototype British eccentric, perhaps a throw-back from an earlier age of brilliant endeavour but also a marker for the new generation of young enthusiasts fronted by UKSEDS, the UK chapter of the Students for the Exploration and Development of Space. Also in evidence were the hard headed business people who play so significant a role in the success and focus of the space business in the UK.

Bond discussed the challenges facing an innovator, especially when working with game-changing technology. This is clearly not a UK-specific issue, but he did lament the lack of support from government, industry and the banks, while noting the many skills and commitments innovators had to excel at in addition to their expertise in their field (e.g. becoming brilliant at presenting and communicating the idea, attending conferences at their own expense, working with economists and creating business plans, negotiating patent law as well as being a technical expert).

Bond said that innovators were usually young and naïve and would find that they had to live with less and less of the financial rewards of their innovation. I’m not sure if he was thinking of himself and the Reaction Engines Skylon spaceplane and its SABRE engine but he did mention that the technology first appeared some 40 years ago and that it has been fully 29 years since the start of the development. Perhaps the most valuable lesson he gave was perseverance! 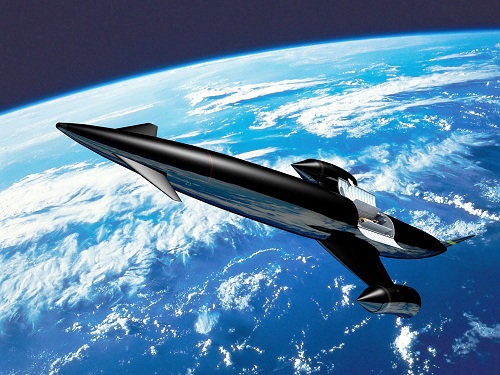 Image: Skylon is the design for an unmanned, reusable spaceplane intended to provide low-cost access to space. The SABRE engines that would drive it offer both air-breathing and conventional rocket capabilities, the intent being to reach orbit in a single stage. Skylon is currently in its proof-of-concept phase. Is this the low-cost way to LEO we once imagined the Space Shuttle would be? Credit: Reaction Engines Ltd.

It is perhaps unclear how the UK Space Agency might have changed this process as its focus is on partnering with others and possibly some small independent projects.

It doesn’t look like there are any immediate plans to support blue sky thinking as far out as interstellar flight. Project Icarus may have to continue on its voluntary way. Indeed I heard interstellar distances mentioned only once and then only as a way of illustrating relative distances — e.g. if you imagine the Earth about the size of a large grapefruit, then the distance from Earth to our Moon is about 4m (a scale of 1,000,000:1), making the distance to the nearest stars the distance of the actual Moon, some 250,000 miles away. An interstellar conference this was not, but full marks to the organisers for putting together a successful look at current policy.