Changing Face of an Icy Dwarf

2007 OR10 is an innocuous enough designation (discoverer Mike Brown calls it ‘an official license plate number’ based on date of discovery), but ‘Snow White’ isn’t. The dwarf planet that acquired the latter monniker from Caltech astronomer and KBO-hunter Brown seemed to deserve its name because at the time, Brown thought it was an icy chunk that had broken off from the dwarf planet Haumea. Ice in the outer system is almost always white, and that’s what you would expect on a world called ‘Snow White.’ But recent spectral analysis has revealed that while ‘Snow White’ is indeed covered in water ice, it’s not white at all. In fact, it is one of the reddest objects in the Solar System, about half the size of Pluto in its orbit at system’s edge. 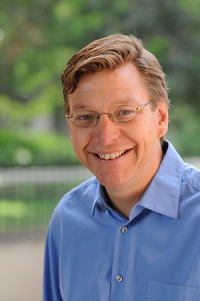 What to make of this? It turns out that another dwarf planet fits the same characteristics, in being both red and covered with water ice. Although a bit smaller than Snow White, Quaoar is thought to have had an atmosphere and to have once been covered with ice-spewing volcanoes. As this Caltech news release points out, being smaller than the big dwarf planets Eris and Pluto, Quaoar could not hold on to volatile compounds like methane, carbon monoxide or nitrogen for long time frames. All that’s left at this point in our system’s history is methane, which over time and exposure to radiation would have been turned into reddish hydrocarbon chains.

So Quaoar, and possibly Snow White, are covered with irradiated methane, accounting for their hue. “You get to see this nice picture of what once was an active little world with water volcanoes and an atmosphere, and it’s now just frozen, dead, with an atmosphere that’s slowly slipping away,” adds Brown. It’s a view being pieced together with an instrument called the Folded-port Infrared Echellette (FIRE), used with the 6.5-meter Magellan Baade Telescope in Chile. The instrument’s spectral analysis revealing water ice told Brown just what he needed to know.:

“That combination—red and water—says to me, ‘methane,'” Brown explains. “We’re basically looking at the last gasp of Snow White. For four and a half billion years, Snow White has been sitting out there, slowly losing its atmosphere, and now there’s just a little bit left.”

Brown also talks about Snow White in a series of posts on Mike Brown’s Planets, from which this:

I love this spectrum of Snow White, since it tells a long complex history of a little icy world all in one glance. Snow White formed 4.5 billion years ago in the chaos that was the outer solar system. It had an evaporating atmosphere and a surface that was slowly gunking up from all of the frosts sitting in the sunlight on the surface. It would have been a cold, dark, uneventful place, until suddenly water burst out from the interior and began its slow slush flow on the surface before quickly freezing up. The volcanic period probably didn’t last long, and most of the atmosphere didn’t last much longer. The nitrogen went first, then the carbon monoxide. And finally, today, when we look at Snow White we see the very last gasps of a dying atmosphere covering a once dynamic but now dead and frozen world.

The methane finding will have to be confirmed as part of the larger study of volatile loss and retention on these distant objects. Volatiles have also been discovered on the surfaces of Eris, Makemake and Sedna. In fact, a model for volatile retention that has successfully explained the situation on these worlds seems to hold for every large KBO except Haumea, which is the parent body of a family of collision-born objects, and thus has a history more varied than most of its neighbors. From the paper on the spectral analysis, a clear view of where to go next:

While the size of 2007 OR10 has yet to be measured, the simple assumption that it has an identical albedo to Quaoar – the object whose spectrum its spectrum most resembles – places 2007 OR10 into a regime where it would be expected to retain trace amounts of methane on its surface. Such an object would be expected to have red optical coloration from methane irradiation, which both Quaoar and 2007 OR10 do have. In addition, such an object should have detectable signatures of methane if observed at sufficient signal-to-noise. Such methane signatures have been detected on Quaoar, but require higher signal-to-noise to positively identify on 2007 OR10. While additional measurements of the size and spectrum of 2007 OR10 are clearly required, we conclude that volatile retention models (Schaller & Brown 2007b) appear to continue to flawlessly predict both the presence and absence of volatiles on all objects in the Kuiper belt which have been observed to date.

Assuming that confirmation proceeds as planned, Snow White and Quaoar will stand apart from the vast majority of KBOs as being large enough to hold on to volatile compounds, a trait that helps us to analyze their subsequent history. The paper is Brown et al., “The surface composition of large Kuiper Belt Object 2007 OR10,” accepted by Astrophysical Journal Letters (preprint).