I’ve put off writing about Wesley Traub’s paper on the frequency of planets in the habitable zone because I knew Adam Crowl had reservations about Traub’s method. We talked about this at the 100 Year Starship Symposium, which led to Adam’s agreeing to writing this piece for Centauri Dreams. How you define a habitable zone is, of course, a critical matter, especially when you’re dealing with a topic as compelling as extrasolar planets that can support life. Adam places Traub’s work in the context of earlier attempts at defining the habitable zone and finds HZ estimates different from Traub’s, though one is surprisingly similar to a much earlier study. 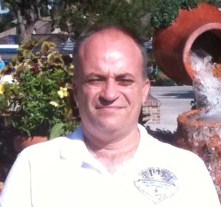 The recent paper by Wesley Traub [reference below] has estimated the frequency of terrestrial (“Earth-like”) planets in the Habitable Zone (HZ) of their stars based on statistical analysis of the recent Kepler data release, but the frequency computed, of ~34(+/-14)% around FGK stars, is dubious due to the assumption of wide HZ limits. Before I discuss the specifics, let’s look at the modern history of the “Habitable Zone”.

The modern discussion really began with Stephen Dole’s “Habitable Planets for Man”, a RAND commissioned study from the early 1960s, eventually updated in 1970, and popularized with Isaac Asimov. Dole based his HZ limits on the criterion that a significant fraction of a terrestrial planet would experience a “hospitable climate”. He didn’t examine the effect of atmosphere, and derived the HZ limits of 0.725 – 1.25 AU, from just outside the orbit of Venus and a bit closer to the Sun than Mars at its closest. Applying statistical analysis to various features of the known planets, then extrapolating to other stars, Dole found that potentially 645 million Earth-like planets might exist in the Galaxy.

In the mid 1970s Michael Hart developed the first evolutionary models of the atmosphere of an Earth-like planet, finding Earth to be poised on a virtual knife-edge, tipping towards a Runaway Greenhouse if closer than 0.95 AU and Runaway Glaciation if further out from the Sun than 1.01 AU. When this criterion was applied to other stars, the frequency of Earth-like planets was less than 1 in a quarter million stars, or less than 400,000 Earths in a Galaxy of 100 billion stars.

Hart’s limits seemed overly sensitive to climate perturbations, and further work on the evolution of Earth’s atmosphere in the 1980s led to the paper “Habitable Zones Around Main Sequence Stars”, (Kasting, Whitmire & Reynolds, 1993) , which redefined the debate. What James Kasting and colleagues discovered was a powerful feedback loop between the levels of carbon dioxide in the atmosphere, geological weathering and the heat input from the Sun.

This creates a self-regulated surface temperature which can keep water in its liquid range out to a significant distance from the Sun. The chief uncertainty came from the complication of dry-ice clouds. Past 1.37 AU clouds of dry-ice begin forming and by 1.67 AU the cloud cover becomes total, negating the effectiveness of the carbon dioxide greenhouse effect. Some preliminary work on water clouds also suggests the inner radius of the habitable zone, just 0.95 AU, might be extended to closer to Venus.

Traub’s paper has somewhat more generous HZ limits. Traub examined three cases, with the ranges from 0.72-2.0 AU in the best case, a nominal HZ of 0.8-1.8 AU, and a “conservative” 0.95-1.67 AU. Using the observed planetary radii distribution and the orbital radii, Traub was able to compute the frequency of terrestrial planets in these HZ as 34(+/-14)%, with the extremes providing the error bar limits.

Here’s where just what is computed and why is important. The ranges used by Traub for the HZ apply to specifically liquid water compatible planets with extensive greenhouse gas atmospheres. Such worlds, with up to several bars of carbon dioxide for atmosphere, are only distantly “Earth-like”, much like Mars or Venus can be called Earth-like. The Earth we know, with an oxygen rich, carbon dioxide poor, atmosphere is somewhat more sensitive to climatic instability. If more conservative HZ ranges are used a quite different result is obtained.

The HZ, inside of the CO2 cloud limit found by Kasting, et.al., is the more restrictive 0.95-1.37 AU. This gives a frequency of just 13.3%. If we use the Continuously Habitable Zone (0.95-1.15 AU), also from Kasting, et.al., then the frequency drops to a mere 6.3%. Using Hart’s even more restricted range drops the frequency to less than 2%. Another caveat is that the planet frequency estimated is limited to stars in the mass-range 1.13-1.01 solar masses and is yet to be extended into the wider population of stars which make up ~80% of the Galaxy.

The HZ limits derived by Kasting et.al. assumed ocean-dominated terrestrial planets. The broader range of land dominated “desert planets” (Abe et.al., 2011), with water bodies limited to circum-polar lakes/ice-caps, increases the HZ range to 0.75-1.3 AU, and a corresponding frequency of 17.3%. Incidentally this range is equivalent to that derived by Dole’s (1964) ground-breaking study.

So, in conclusion, the high frequency of “Earth-like” planets derived by Traub, is tempered somewhat when a more precise Earth-like Habitable Zone range is used. Planets warm enough for liquid water thanks to multi-bar atmospheres of carbon dioxide, methane or hydrogen, while probably conducive to extremophiles, aren’t “Earth-like” as usually understood, and this caveat should be more widely appreciated when making such estimates.

The paper is Traub, “Terrestrial, Habitable-Zone Exoplanet Frequency from Kepler,” available online as a preprint. Other references: