A Path Forward for Beamed Sails

Minimizing the cost of a project is no small matter because, as Jim Benford points out in the paper we’ve been examining over the past several days, cost determines how we decide on competing claims for resources. In the case of a beamed sail mission and its infrastructure, the cost is largely the reusable launcher or ‘beamer,’ which is the beam source and the antennae needed to radiate the beam. Benford is able to derive general relations for cost-optimal transmitter aperture and beam power, from which he can estimate capital cost and operating cost using today’s parameters. He can then study the economics of high-volume manufacturing. 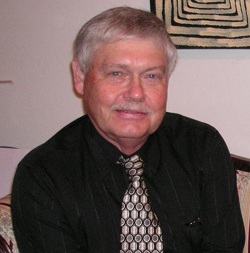 Image: Jim Benford, whose focus on beam-powered propulsion led to the first laboratory demonstrations of microwave-driven carbon sails and showed their ‘beam-riding’ stability under power.

Yesterday we saw these principles applied to an interstellar precursor mission, a 1-kilometer sail moving at 63 kilometers per second, and found that a capital cost of $144 billion could be reduced to $21.6 billion as we factor in economies of scale. But consider how intractable a true starship moving at 10 percent of the speed of light is even when all factors are cost-optimized. Here’s we’re pushing up against serious problems, not the least of which is the high acceleration demanded, about 50 g’s at an acceleration distance of roughly 1 AU. As we’ve seen with beamed sail concepts, acceleration is strongly temperature-limited. As Benford writes:

Not even carbon can survive the heating due to absorption at this acceleration. Sail reflectivity would have to be close to perfect to allow such acceleration. How to change this concept, via the assumed parameters, to bring down the acceleration is left as an exercise for the reader. Cost is in the T$ range, even with economies of scale, and is larger than any past human project.

Some (but not all) of Benford’s observations based on applying cost-optimized scaling to beamed sails:

Charting a way forward for directed energy propulsion involves building on what we already have by working through a sequence of applications. To make power beaming economic, we need to move power from places where it is cheap to places where it is scarce:

Previous work has shown that it is often more economical to transmit power than to move the equipment to produce power locally. Modern power systems are complex, but if power for space can be located where it is easily accessible and adjacent to where the required skilled people are located, i.e., on Earth, then it becomes more practical.

We use microwave and millimeter-wave antennae in astronomy already, and gyrotron sources at high frequencies are being developed for fusion. Benford thinks that orbital debris mapping could be an early objective, as could recharging of satellite batteries in LEO and, eventually, GEO. He also notes microwave thermal thruster concepts that could provide economical launches of supply modules to low-Earth orbit. Given the economic realities, it is clear that technology development must demonstrate commercial applicability, incremental commercial growth in these areas leading to a space-based infrastructure.

Beamed propulsion offers one path to precursor and eventual interstellar missions. What Benford has been tackling in this paper are the questions of engineering and cost that take economies of scale into consideration. But he also notes that we need to apply this kind of cost analysis not only to past interstellar mission designs, many of which could presumably be improved by working out cost issues, but also to that other possible application of sails — as a method for decelerating a probe when it approaches a destination stellar system. In the broadest sense, determining what is feasible not only in physics but also in economics makes our interstellar thinking more focused and provides needed tools for assessing new concepts.

The paper is J. Benford, “Starship Sails Propelled by Cost-Optimized Directed Energy.” The paper is now available on the arXiv site.