Because of the interest that the Innovative Interstellar Explorer mission generates whenever I write about it, I was pleased to receive Ralph McNutt’s latest update on IIE. This was written in response to a recent article in these pages on the Voyager missions and refers to several of the comments in that thread. I first talked to Dr. McNutt about interstellar precursors back in 2003, when researching my Centauri Dreams book. Now at Johns Hopkins University Applied Physics Laboratory, the physicist’s space experience is comprehensive. He is Project Scientist and a Co-Investigator on NASA’s MESSENGER mission to Mercury, Co-Investigator on NASA’s Solar Probe Plus mission to the solar corona, Principal Investigator on the PEPSSI investigation on the New Horizons mission to Pluto, a Co-Investigator for the Voyager PLS and LECP instruments, and a Member of the Ion Neutral Mass Spectrometer Team on the Cassini Orbiter spacecraft. He has published over 150 science and engineering papers and over 250 scientific and engineering abstracts. I’m also pleased to say that he is an active consultant on the Project Icarus interstellar design in addition to continuing the push for an interstellar precursor mission. 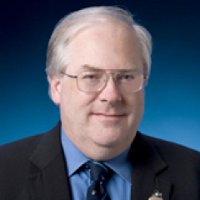 Nice article on Voyager on 15 December. With the questions posted about a followup mission, I thought that an update might prove helpful. We are, of course, not currently funded for any work, so this effort remains a loose consortium of interested scientists, engineers, and others. We did present a poster at the recent American Geophysical Union meeting in San Francisco (attached) to update the summary of where all of this is. The current real question is what will be said about the idea of an interstellar probe in the Heliophysics Decadal Survey which should be out in the next few months. NASA science missions have always required prioritization and the current economic climate has made that an even more pressing issue. The fact that restarting Pu-238 production in the U.S. – required for any real mission past Jupiter, to Europa, and for some closer to home as well – has been so difficult is a reflection of the those economic challenges.

One of the recent things we did was to take a quick look at what Falcon Heavy might enable (see poster). SpaceX continues to work hard to bring that – and other products – to market, so the performance is yet to be known in the same detail as that of a Delta IVH. Our look suggests that the advantage may be in the the cost but not the performance. At this time the Delta IVH looks more capable for high-energy Earth escape trajectories, but that could change. The two are certainly in the same class of performance.

To set the record straight, as with Ulysses, we would not have a camera for imaging Jupiter. The Juno and follow-on missions to the Jupiter system would be better for that task. What will be the significant issue with Interstellar probe will be asymptotic speed away from the gravitational pull from the Sun. The key to that performance will be a mass-optimized payload for the primary science of the mission along with a performance optimized propulsion system. Energetic neutral atom imager(s) to look at the interaction of the solar wind and interplanetary medium as well as IR imager(s) to look at the dust environment may be in the cards, but visible imagers will not be – the mass is simply not there.

You are correct that the 2014 window will not be used. That is also related to the prime propulsion question. What is still “on the table” is some combination of large launch vehicle, plus a Jupiter gravity assist, plus (hopefully!) radioisotope propulsion (REP) for 10 to 15 years or a solar sail. Both approaches need additional real engineering study (i.e. study $$s) to pin down better. On paper, a solar sail looks like a potentially better approach: small launch vehicle, high speed out of the solar system, and no worry about (because no advantage from) a Jupiter flyby.

All of that said, I am not at the moment optimistic about using a sail for implementing an interstellar probe. While IKAROS and NanoSail-D have demonstrated sail deployment – a significant technical step – they are a very long way from the characteristics of a sail required for an interstellar probe. The basic requirements can be found here, as those have not changed. A good comparison is Pioneer 10/11 (Pioneer 11 had an additional magnetometer): 258 kg mass (including the instrument payload), 165 W of electrical power (nominal), and a 2.74-m diameter high gain antenna (cf. http://nssdc.gsfc.nasa.gov/nmc/spacecraftDisplay.do?id=1972-012A). Even if payload electronics can be miniaturized to “zero mass” (which they can’t) spacecraft sensor-and-subsystem mass can only be taken so low due to real physical constraints.

So one is likely looking at a 250 kg spacecraft sans sail, a ~400m diameter sail, and still ~1 g/m^2. But to get the required performance, the system will have to tack its way in to ~0.25 AU and then reflect the full solar pressure of the Sun at that distance. The problem is that – as with a probe applying a large delta-V at a close perihelion pass (cf. http://interstellarexplorer.jhuapl.edu/mission/niac_study.html although the link to the NIAC studies is now gone) – there is no way of actually testing this critical part of the mission without actually doing the mission. That is a real problem, which is not going to go away. 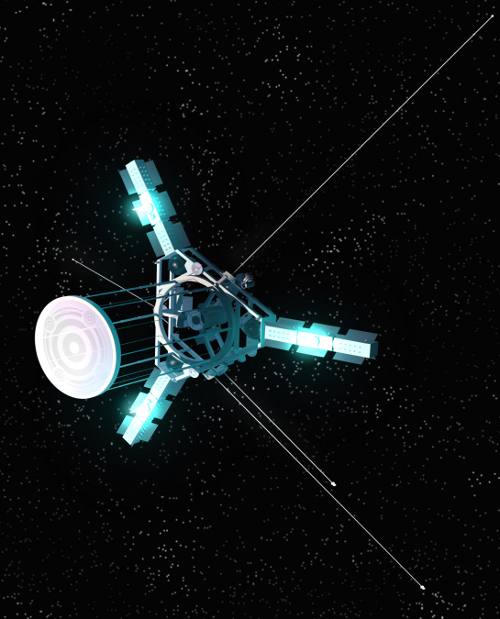 The Voyagers will be going “off line” ~2025 as the Pu-238 that powers the subsystems continues to decay. Even for Voyager 1 – the fastest and furthest spacecraft from the Sun (New Horizons will be slower as it continues to climb out of the Sun’s gravity well) – 200 AU will not be reached. It is also worth recalling the cancellation of the initial “Grand Tour” mission due to cost driven by the mission requirement of a 12-year lifetime, replaced by the Voyagers with a 5-year lifetime (and they were almost turned off in 1983-4 because that requirement had been met!).

So 200 AU may be “pretty uninspiring” – but it is still really difficult. Hence, many of us believe that (1) the next step past Voyager needs to be taken and that scientific case can be made, (2) speed is important, and (3) one has to be realistic about what can – and cannot – be accomplished with that next step. A large launch vehicle, upper stage, Jupiter gravity assist, and REP continues – at least to me – to look like the current best bet, but I am always open to practical suggestions. To get to the “interesting” region of the sky as seen by Cassini MIMI and IBEX instruments in the last couple of years, the next window for a Jupiter gravity assist opens in ~2024 – and that could be done.

I hope that this helps to clarify where we are and some of the current thinking. No one ever said any of this is easy.