It’s shaping up to be an interesting week. I want to get to the recent Kepler data release, and also to the antimatter news from CERN, and I also want to talk about everything from decelerating an interstellar craft to models of expansion into the galaxy a la Frank Tipler. [And thanks to Centauri Dreams reader Eric Goldstein for reminding me of the upcoming WISE data release on the 14th!]. For today, though, let’s look at two upcoming conferences, especially since I’m running behind in getting to the first of them, the CONTACT 2012 gathering, which is coming up right away. 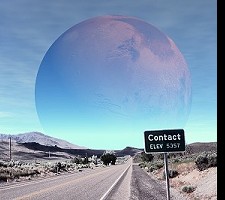 The full title of this one is CONTACT: Cultures of the Imagination, and it’s a meeting with a rich history. Back in 1979, Jim Funaro was teaching a course in anthropology at Cabrillo College (Aptos, CA) that used science fiction as a vector into the scientific issues his course raised. The course allowed students to go to work creating cultures and, in a game-like simulation, to explore how the fictional societies interacted with each other. By 1983, Funaro was able to use this ‘laboratory experiment’ in anthropology as the main event of the first CONTACT meeting, set up to be a national academic conference bringing scientists, artists and writers together.

When Funaro founded CONTACT, his goal was to encourage interdisciplinary thinking, which must have been much in the air back in 1983, considering that this was also the year of the storied Interstellar Migration and the Human Experience conference held at Los Alamos. The latter ranged from astrophysics to sociology, psychology and history and probed how emerging technologies would affect future human expansion into the cosmos. Meanwhile, CONTACT had been energized by Funaro’s interactions with science fiction writer Frank Herbert, whose classic novel Dune was one of the books used in his class as an example of a credible created culture.

How Funaro lured other writers and scientists into CONTACT is told on the conference’s website. In any case, writers like Michael Bishop, Larry Niven, John Brunner and C.J. Cherryh soon became involved, and Funaro worked with artist Joel Hagen to launch the first world-building project. Although the first CONTACT conference ran in April of 1983 (in Santa Cruz), the culture-building simulations of what Funaro called the ‘Bateson Project’ (after anthropologist Gregory Bateson) were a success, and anthropology as simulation/performance art was established, while the original simulation idea was renamed “Cultures of the Imagination.”

Funaro calls CONTACT III “the first time it worked,” noting that this was the conference where lessons learned from the first two conferences were first implemented. The cross-disciplinary nature of the proceedings is easily seen in his account of building the pre-conference package:

Poul Anderson gave us a planet, Ophelia, with its primary and solar system… We then sent the planetary specifications to C. J. Cherryh, who suggested the Mossback [the resident alien of the planet] and provided us with its basic design. Next, Larry Niven elaborated on this alien, contributed other species for the ecology and explained the conditions that the human team would face on this world. Finally, Joel Hagen produced some sketches of the critters. This “homework” was then distributed to all the guests several weeks before the conference.

Specialized teams at the conference then went to work to develop the world and its culture, and sequential workshops developed the key issues. Role-playing developed and became a major tool. Funaro acknowledges that such simulations are artificial and limited:

But, like the real intercultural contacts that anthropologists have been participating in for more than a century here on our home planet, the interaction was unrehearsed, proceeded carefully from known behavioral and ethnographic methodologies towards consistent and ethical choices of action, and provided at least a possible model for developing a protocol for an extraterrestrial encounter. And the value of spontaneous role-playing in enhancing the effectiveness of the simulation was convincingly (however unexpectedly) demonstrated. It has been an essential part of COTI forever after.

Frank Drake will be the keynote speaker at CONTACT 2012 at the Domain Hotel in Sunnyvale (CA), with conference sessions running from March 30 to April 1. You can see the full schedule along with abstracts of the talks here. Among the offerings I note in particular Kathryn Denning on our expectations in interstellar contact (“Unboxing Pandora”), Albert Harrison on Russian cosmism, a philosophical movement that emerged around 1900 and influenced our modern views of space exploration, and Seth Shostak’s sure to be controversial “Broadcasting into Space: Recipe for Catastrophe?” If that last one doesn’t raise the temperature in the room, nothing will.

The call for papers for the Fourth IAA Symposium on Searching for Life Signatures is available online. The conference, to be held at the Kursaal Congress Centre in San Marino (Italy) runs from September 25-28 of this year, ranging over traditional SETI and so-called Active SETI (Messaging to ETI), along with studies of biosignatures and exoplanet discovery. For those intending to be at the 63rd International Astronautical Congress (IAC), note that Searching for Life Signatures will take place in the week just prior to the IAC, which runs from October 1-5. 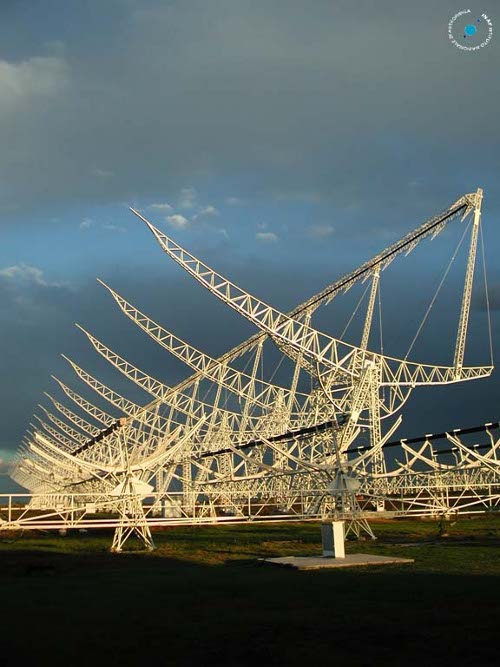 The SETI Permanent Committee of the International Academy of Astronautics (IAA) invites abstracts to be submitted to the Symposium. The deadline for abstract submission is Sunday June 24. Information about travel possibilities is available at the site — I notice that Rimini and San Marino airport is closest to the venue (about 25 kilometers), but Bologna is the more likely option for those coming in from overseas (132 kilometers from San Marino), while Milan is a good 300 kilometers out, though with hourly train connections to Rimini and thence by bus to San Marino.

I’ll have more details about the San Marino conference as abstracts become available.