A Brief Window: The Bussard Ramjet in the 1960s

It’s fascinating to watch how expansive ideas take hold in the public imagination. The idea of a starship that could scoop up particles from the interstellar medium came to Robert Bussard while he was at Los Alamos Scientific Laboratory and, as we saw recently in our articles on slowing down a starship, became the basis for subsequent magsail concepts because Bussard’s design evidently generates far more drag than effective thrust. But before the problems of the design became widely known, Walter Sullivan, a writer for the New York Times, had brought the ramjet into play for future human journeys to the stars in a book called We Are Not Alone (definitely not the same book as the 2011 title by Dirk Schulze-Makuch). 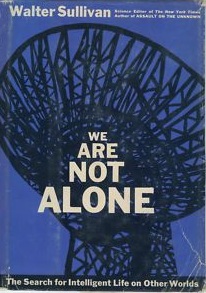 Subtitled ‘The Continuing Search for Extraterrestrial Intelligence’ in its latest revision, the original 1964 book was written at a time when SETI was an infant discipline (although the later revision goes through the Drake equation and places SETI in the context of developing theories of astrobiology). In 1964, Drake’s Project Ozma forays were only four years old and, for all we knew, SETI might make a breakthrough any time. When one pondered the possibilities of human journeys to the stars, perhaps encountering one of those extraterrestrial civilizations that SETI might reveal, Sullivan turned to the Bussard ramjet as a potential enabling technology.

This was the same year that Stephen Dole’s RAND Corporation study Habitable Planets for Man was released as a popular title called, simply, Planets for Man, co-written with Isaac Asimov. Dole and Asimov would have known about Bussard’s ideas, although they don’t mention them by name in the book. But in a brief chapter called ‘Star Hopping,’ the authors describe a program of exploration through robotic probes leading to human missions, noting the useful effects of time dilation at extreme velocities:

At velocities approaching the speed of light…, relativistic time-contractions become quite evident, so that for a particular round trip considerably less time would seem to have elapsed for the traveler himself than for an Earthbound observer. Thus, enormous distances (from the viewpoint of the Earthbound observer) could be traversed in 20 years (from the standpoint of the traveler) if velocities very close to the speed of light are attainable.

Published by Random House and with the eye-catching Asimov’s name on the cover, Planets for Man brought the concept of interstellar migration front and center and, coupled with Sullivan’s curiosity about extraterrestrial life, kept the public engaged with ideas of extreme technologies enabling star journeys. The other key title of the era was the 1966 book Intelligent Life in the Universe, by Russian astronomer and astrophysicist Iosif S. Shklovskii and Carl Sagan. Like Planets for Man, this title has an extended history. Shklovskii had written the original in Russian, a volume whose title translates as ‘Universe, Life, Intelligence’ in 1962. Sagan came in as co-author for the 1966 release, adding new material that Shklovskii then commented on.

The book is a classic, fascinating in large measure because of the way it was assembled, with a core text enriched by a series of annotations, clarifications and new material, with later additions by the original author — we see two keen minds pushing back the frontiers of thinking on extraterrestrial life and our place in the universe. Along the way, Shklovskii and Sagan developed the idea of time dilation in terms of a spacecraft that moves at a constant acceleration as far as the mid point of its journey, then decelerates at the same rate all the way to its destination. Although it was not as widely marketed as the Sullivan or Dole/Asimov titles, Intelligent Life in the Universe showed to those who were paying attention that such accelerations allowed trips to the stars. In fact, in terms of ship-time, reaching the galactic core became a matter of just 21 years, while the Andromeda galaxy became accessible within a mere 28. 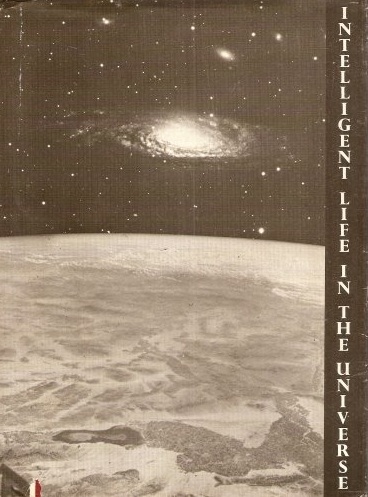 There is, of course, no going home after such journeys, unless the travelers want to return to the Earth of a remote futurity. But the idea that a human might make such a journey — or the far more likely one to a nearby star — was spreading beyond science fiction. The Bussard ramjet now enters the Shklovskii/Sagan discussion, in the context of other problematic starship ideas:

A way out of these difficulties which approaches elegance in its conception has been provided by the American physicist Robert W. Bussard, of the TRW Corporation, Los Angeles. Bussard describes an interstellar ramjet which uses the atoms of the interstellar medium both as a working fluid (to provide reaction mass) and as an energy source (through thermonuclear fusion). There is no complete conversion of matter into energy. Such a fusion reactor is certainly not available today, but it violates no physical principles. Its construction is currently being very actively pursued in research on controlled thermonuclear reactions, and there is no reason to expect it to be more than a century away from realization on this planet.

Despite their enthusiasm, Shklovskii and Sagan go on to look at the huge problems involved in creating the interstellar ramscoop and shielding its crew, even assuming the necessary proton-proton fusion reaction could be ignited and sustained. As we saw recently, follow-up work would put the entire ramjet concept into doubt while raising the prospects of using a related technology — the magsail — for deceleration. And as we’ll see tomorrow, other ideas about the key fusion reaction involved in the ramjet would soon come forward. But for a brief time in the 1960s, the idea of relativistic interstellar flight became something other than an idle fancy, firing the imagination of writers and in some cases launching careers in science and astronautics.