Today was to have been devoted to antimatter, continuing the discussion not only of how to produce the stuff on Earth or harvest it in nearby space, but how to create the kind of propulsion system that could tap its enormous energies. But the Dorothy Jemison Foundation for Excellence released its first public announcement about the 100 Year Starship yesterday, and I want to go right to that story given the interest that grew out of last year’s starship symposium in Orlando. I’ll get back to antimatter, then, and particularly the provocative work of Ronan Keane and Wei-Ming Zhang on magnetic nozzles for propulsion systems, on Monday.

For today, though, let’s talk about pushing out into the galaxy. The Tau Zero Foundation has a particular interest in the 100 Year Starship organization because our friends at Icarus Interstellar, who are re-thinking the 1970s Project Daedalus design, were partners in the winning proposal, which was called “An Inclusive, Audacious Journey Transforms Life Here on Earth and Beyond.” I have no experience with the Dorothy Jemison Foundation or, for that matter, the third partner in the winning proposal, the Foundation for Enterprise Development, but our long relationship with Icarus Interstellar has demonstrated the expertise and commitment this band of scientists, engineers and enthusiasts brings to the task. 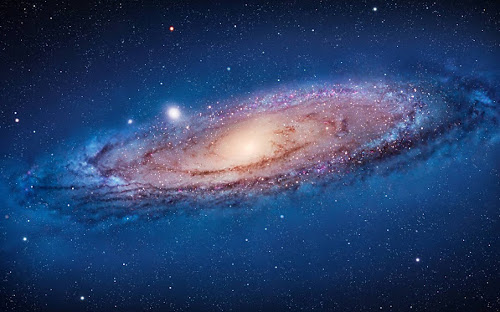 You’ll recall that the Defense Advanced Research Projects Agency (DARPA) put up the seed funding for what was to become a non-government entity with a focus on the long term, one that is designed to promote advanced capabilities for interstellar flight over the next hundred years. The 100 Year Starship name refers, then, not to a mission that lasts a hundred years but to an entity robust enough to grow the interstellar idea through the coming century, the hope being that somewhere around the early part of the 22nd Century, our technologies may have reached the point where we can launch a mission to another star.

Mae Jemison, a former astronaut who flew aboard the Space Shuttle Endeavour, puts it this way:

“Yes, it can be done. Our current technology arc is sufficient. 100 Year Starship is about building the tools we need to travel to another star system in the next hundred years. We’re embarking on a journey across time and space. If my language is dramatic, it is because this project is monumental. This is a global aspiration. And each step of the way, its progress will benefit life on earth. Our team is both invigorated and sobered by the confidence DARPA has in us to start an independent, private initiative to help make interstellar travel a reality.”

Whether you were able to get to the 100 Year Starship symposium last year in Orlando or not, be aware that a second symposium is in the works for Houston on September 13-16 of this year. The organization’s press release says that the symposium will from here on out be an annual event that will examine not only the scientific and engineering challenges of starflight but the multidisciplinary questions starflight raises in economics, philosophy and culture. You can sign up to be notified about further symposium news here. And the call for papers has just gone out as well.

I’m pleased in particular to see that the 100 Year Starship is to include a scientific research institute called The Way which will place an emphasis on long-term science and technology issues. Readers of Centauri Dreams know that long-term thinking is an obsession of mine, as the necessity of looking beyond immediate material and financial returns to the kind of future we can build through sacrifice and dedication has never been more clear. On that score, I appreciate the quote from columnist and critic John Mason Brown that’s found on the organization’s website: “The only true happiness comes from squandering ourselves for a purpose.”

Indeed, and what a purpose it is. A starship is the ultimate in long-term thinking, a challenge to our science, our engineering, our conception of ourselves. What interstellar flight asks of us is whether we are prepared to make a commitment that reaches well beyond our own generation, to take the first steps forward on a journey whose end most, if not all of us, will never see. It is gratifying to see the idea moving forward, and the Tau Zero Foundation sends congratulations to all involved in the new organization.

Related: 100-Year Starship: Mae Jemison reaches for the stars, in BBC Future. From which this quote from Mae Jemison:

We are not saying our organization, is going to be the one that necessarily launches a mission to the stars in a next 100 years. We want to be the little piece that crystalizes out, the effort, the energy, and the capacity to make sure that the capabilities exist within in the next 100 years in case somebody wants to launch a mission.

I think that people need an adrenalin rush. Folks need something aspirational, they need to do something that is hard. That’s what ignites the imagination. I grew up during the Apollo-era, in the 1960s. When I was a little girl: I thought when I had an opportunity to go into space, I thought I would at a minimum be working on Mars, or another large planet because we were doing all of these incredible things. But we stagnated, because we didn’t continue that push. We started to get a little bit timid. Timidity does not inspire bold acts.