Interstellar Flight in the News

Tau Zero founder Marc Millis is interviewed by Bruce Dorminey in Forbes this week, the logical first question being where interstellar flight ranks on our list of priorities. A case can be made, after all, that we have yet to get humans beyond the Moon, and that while we have managed robotic missions to the outer planets, our technologies need development closer to home. Should a Moon base get our attention, or a Mars mission? Millis argues that pursuing next steps like these should be managed in tandem with the pursuit of more far-reaching advances that force us to look beyond existing methods. 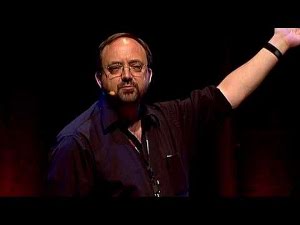 Breakthroughs can change everything, and Millis is, after all, the former head of NASA’s Breakthrough Propulsion Physics project, which came to an abrupt end in 2002 when a congressional earmark to build a propulsion laboratory in Alabama — one that cost more than all NASA’s BPP research put together — scarfed up what could have been research money. And as Millis tells Dorminey, we’re left after all this with the continuing question of how to build a viable space effort using less than one half of one percent of our national resources.

While we ponder the near-term economics, a major driver for interstellar flight is to create a backup plan for our species in the event of a natural or man-made catastrophe that could threaten the Earth. But we don’t have to think far into the future to a time when a changing Sun will make conditions here unlivable. We can take solid steps toward creating a Solar System-wide infrastructure in the next several centuries, along the way developing the technologies for interstellar journeys. As Millis says:

The crux of the starflight benefit is developing such things as closed-loop life support that could also be applied for earth’s surface survival. The starflight option forces the need for that feature more than Moon and Mars colonies which can still depend on earth for their survival. But by also reaching for the more demanding requirements of starflight, we increase our chances of developing the independent survival capacity sooner. We don’t know our real expiration date. This is about hedging our bets for all the risks along the way.

I notice, too, that Marc was recently referenced on the Washington Post‘s WonkBlog, where Ezra Klein looks at his calculations on when humanity will have the ability to generate the energies needed for interstellar flight. The power needed to reach Alpha Centauri and decelerate is daunting and our energy production inches up but slowly:

For the past three decades, the total energy produced by the world has grown at a modest pace — around 1.9 percent per year. And humans have devoted just a tiny fraction of that to spaceflight. Unless either of those trends changes radically, Millis calculates, we won’t have the energy needed to launch an Alpha Centauri probe until sometime around the year 2463, at the earliest.

The good news, Millis notes, is that we could probably have a small colony ship that contained a bunch of humans ready even sooner, by the year 2200 or so. This ship couldn’t necessarily travel to other stars — it wouldn’t be nearly as fast as the Alpha Centauri probe — but it could pack about 500 people in, with supplies. This might be a good backup plan in case we end up trashing the Earth beyond repair and need to ensure the survival of the species.

More on all this in Marc’s paper “Energy, Incessant Obsolescence, and the First Interstellar Missions.” The paper was presented at the 61st International Astronautical Congress of the International Astronautical Federation, held in Prague in late 2010. Also note (see comments) that an updated version is available: Millis, “First Interstellar Missions, Considering Energy and Incessant Obsolescence,” JBIS 63, (2010), pp. 434-443.

Individuals and organizations from all disciplines are invited to participate in the upcoming public symposium of the 100 Year Starship organization, which published its call for papers yesterday. The theme of the session will be ‘Transition to Transformation: The Journey Begins.’ About the theme, the organization says this:

[It] acknowledges the accomplishments of space exploration to date and calls for authors to consider what changes are needed in how we currently envision and “do space” to truly push forward humanity’s journey to another star. Discussions this year should focus within each topical track on those transformative ideas and processes that make the leap to new breakthroughs. Papers accepted will be included in the 100YSS™ 2012 Symposium Proceedings and may be considered for publication in the coming Journal of Interstellar Studies.

Note that last item: I’ll have more for you about the Journal of Interstellar Studies as we move forward, but suffice it to say that the field has long needed its own journal, going back to the days when Robert Forward and Eugene Mallove were compiling interstellar bibliographies back in the early 1980s. The Journal of the British Interplanetary Society has done an outstanding job at keeping interstellar ideas current with its ‘red cover’ issues, but the hope here is that the new venue will offer still more opportunities for scientists — especially the upcoming generation of researchers now being drawn to interstellar studies — to interact with the community.

The tracks for the conference are laid out in the call for papers, ranging from ‘Time-Distance Solutions’ to ‘Becoming an Interstellar Civilization,’ with special sessions on topics like spinoffs and commercial applications. Note that there is a ‘No Paper, No Podium’ rule in effect, with papers due on August 17th. The abstracts themselves are due on July 8. The symposium is to be held from September 13-16 in Houston, TX (when the Texas heat should have nicely subsided), and there is a form on the 100 Year Starship site allowing you to be notified when registration opens. Last year’s session in Orlando is going to be a tough act to follow, but the list of topics promises lively discussion and the chance to mingle with the major players in this burgeoning field.