It had never occurred to me that there was something the Graf Zeppelin and the Saturn V had in common. Nonetheless, a re-reading of Freeman Dyson’s paper “Interstellar Transport” confirms the obvious connection: Like the great airships of the 1930s, the Saturn V was huge and carried a payload that was absurdly small. Dyson, writing in 1968 fresh off the end of Project Orion, the rise of Apollo, and the triumph of chemical propulsion, had thought at one time that the US could bypass the Saturn V and its ilk, offering a fast track to the planets at a fraction of Apollo’s cost. The Atmospheric Test Ban Treaty of 1963 was a major factor in putting an end to that speculation.

I mentioned yesterday that I thought Dyson set about to be deliberately provocative in this piece, that he hoped to reach people who would have been unaware that interstellar distances could conceivably be crossed (thus his choice of Physics Today as his venue). To do that, he had to show that even reaching the Moon was a stretch for chemical methods, which he characterized as “…not bad for pottering around near the Earth, but… very uneconomic for anything beyond that.” While an Apollo mission to the Moon demanded staging and a huge mass ratio, an Orion vessel was built with only one stage, its mass ratio well under 10 even for long journeys out and around the Solar System.

Orion could have managed this because the exhaust velocity of the debris from its nuclear explosions would be in the thousands of kilometers per second range instead of what the chemical rocket could offer with its paltry 3 kilometers per second. Dyson assumed the use of hydrogen bombs (“the only way we know to burn the cheapest fuel we have, deuterium”) and a conservative energy yield of one megaton per ton, going on to say this:

These numbers represent the absolute lower limit of what could be done with our present resources and technology if we were forced by some astronomical catastrophe to send a Noah’s ark out of the wreckage of the solar system. With about 1 Gross National Product we could send a payload of a few million tons (for example a small town like Princeton with about 20,000 people) on a trip at about 1000 km/sec or 1 parsec per 1000 years. As a voyage of colonization a trip as slow as this does not make much sense on a human time scale. A nonhuman species, longer lived or accustomed to thinking in terms of millenia rather than years, might find the conditions acceptable.

Anyone who has spent time in the absurdly pretty town of Princeton NJ, where Dyson has lived for years while pursuing his work at the Institute for Advanced Studies, knows why he coupled a familiar scene with something as joltingly unfamiliar as a starship. The choice is reflective of his method: Dyson expresses the results of his calculations in tableaux that are both publicly accessible and mind-jarring, as a look through almost any of his books will demonstrate (think, for example, of his idea of a life-form that might poke out from an inner sea onto the surface ice of a Kuiper Belt object, a kelp-like, mirrored being he christened a ‘sunflower’). Root one end of an idea in the everyday, the other in a mind-bending direction, and you make your point memorable, which is one reason Dyson has inspired so many young people to be scientists. 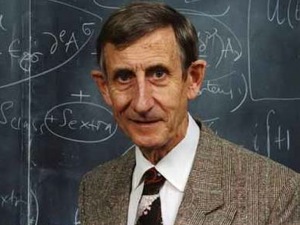 Remember, the intent here was to get the Orion idea into the public discussion, along with an interstellar implication that Orion’s original designers had never built into their thinking. Dyson always knew that if you put the idea out there, the next step is to get to work on the specifics, detail after patient detail, work that on the interstellar level would presumably involve many generations. When remembering Dyson’s involvement with Project Orion, I think about something he once told Stewart Brand (in a Wired interview):

You can’t possibly get a good technology going without an enormous number of failures. It’s a universal rule. If you look at bicycles, there were thousands of weird models built and tried before they found the one that really worked. You could never design a bicycle theoretically. Even now, after we’ve been building them for 100 years, it’s very difficult to understand just why a bicycle works—it’s even difficult to formulate it as a mathematical problem. But just by trial and error, we found out how to do it, and the error was essential.

It’s the same method we would have used for Orion if the project had proceeded, but the number of factors working against it proved insurmountable, and here one of Dyson’s greatest strengths — his ability to engage the public — was running up against a growing public distrust of nuclear technologies. But the point is that theory always couples with engineering practice, hammering on a problem until the best solution is reached. Unless, of course, the kind of bureaucracy that Dyson so disliked steps in to muzzle the research early on. A bit of that dislike comes across in the conclusion of “Interstellar Transport,” as he ponders what a starship would achieve:

By the time the first interstellar colonists go out they will know a great deal that we do not know about the places to which they are going, about their own biological makeup, about the art of living in strange environments. They will certainly achieve two things at the end of their century-long voyages. One is assurance of the survival of the human species, assurance against even the worst imaginable of natural or manmade catastrophes that may overwhelm mankind within the solar system. The other is total independence from any possible interference by the home government. In my opinion these objectives would make such an enterprise worthwhile, and I am confident that it will appear even more worthwhile to the inhabitants of our overcrowded and vulnerable planet in the 22nd century.

Dyson looked at questions of cost and energy production and assumed a continued economic growth of what today seems like a sizzling 4% per year. Working out the cost of the Orion starship (he figured 1011 dollars), he concluded that such a mission would be as economically feasible in the future some 200 years off as a Saturn V was in 1968. We can argue about such numbers (and be sure to check the comments from yesterday, where a fruitful discussion on the implications of exponential economic growth is continuing) but I suspect they are the first instance of a methodical prediction on when starflight will occur that most readers of Physics Today had ever encountered.

The paper thus comes into focus as a landmark in introducing a pulsed fusion concept to a wide audience, explaining its deep space potential, and calculating when an interstellar future might be possible. I can see why Greg Matloff considers it a key factor in the growth of the interstellar movement because of its broad audience and energizing effect. But tomorrow I’ll make the case for a slightly earlier paper’s even more profound effect on the public perception of interstellar flight, one that has played into our media imaginings of traveling among the stars ever since its publication.