Growing Into an Interstellar Civilization

While I’ve often opined in these pages that a Solar System-wide infrastructure must emerge before we can contemplate interstellar flight, the obvious question is how we get there. Stephen Ashworth (Oxford, UK), who writes the insightful Astronautical Evolution blog, recently tackled the subject with such vigor that I asked him for permission to run his essay verbatim, especially since it grew out of a discussion right here on Centauri Dreams. If you’re trying to do something spectacular — like growing a global civilization into an interplanetary one and boosting wealth into the realms needed to push to the stars — how would you go about it? Ashworth’s vision for the ‘ten-billion-times growth factor’ makes the needed transformation. Is it a logical extrapolation or does it push too far? A lively debate should grow out of this one.

As a lifelong jazz buff, I can’t resist adding that Stephen is to be heard on tenor sax playing jazz standards at the Monday evening jam sessions at either the Ampleforth Arms in Risinghurst, or the Chester Arms off the Iffley Road, for those of you in the neighborhood. I now have a can’t-miss music scene — Ellington, Gershwin, Cole Porter — for my next trip to the UK, with interstellar talk to follow. Life is good. 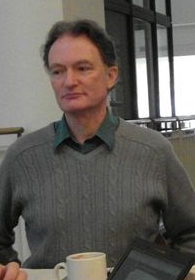 Paul Gilster reports on his Centauri Dreams blog that, just before setting out to go to this month’s 100 Year Starship Symposium in Houston, he received an e-mail from someone whose grasp of the difference between interplanetary and interstellar distances was less than perfect. “We’re already going to Pluto”, said the writer. “How much harder can it be to go to a star?” Gilster mused: “I could write a whole book in answer to that question. Wait – I already have…”

Given determination, patience and the resources of the Solar System, that shouldn’t be too much of a problem:
Present-day human population x 1,000,000 – this is John S. Lewis’s estimate (in his classic book Mining the Sky) for the population of a developed Asteroid Belt. Say 3% growth for 470 years.
Present-day wealth per person x 10,000 – this is 2% growth for 465 years.
Multiply these together to get an economy 1010 times more powerful than that of today, thanks to the power of that fashionable bête noire, exponential growth.

Taking the resource of solar power (380 × 1012 TW) as indicative of our actual physical room for growth (and remembering that the biggest growth factor for a starship identified by Joy was propulsion energy), an economy well over a trillion times larger than at present is conceivable (asteroidal matter for space colony construction can be expanded if necessary by dismantling small moons). Thus we would still at that point possess only 1% of the ultimate economic power of a fully developed interplanetary civilisation.

However, within the confines of a blog comment I did not have sufficient space to specify the practical details of how our global civilisation might grow to a multiglobal one with a million times the population and ten thousand times the wealth per head than today.

An omission which I shall now try to make good.

Scenarios for growth… or decline

In considering future growth in space, a number of different scenarios suggest themselves.

How will growth be driven forward?

This gives us three broad options to choose from.

Secondly: what will be the economic and social conditions on Earth over the next few centuries?

There are therefore another three broad options, making in combination nine distinct scenarios.

However, eight of these scenarios involves extremes of one sort or another: of monopoly by bureaucrats or buccaneers, of wealth or poverty. Others may wish to explore these. For the present I should like to develop further the “middle way” scenario: a creative community of public and private institutions acting in concert, yet with no overarching master plan, and a set of new technologies which both multiply wealth and introduce new problems, yet whose benefits on balance exceed their drawbacks.

This scenario is therefore based on the pattern of past history: progress arises as an evolutionary, system-level phenomenon, not one governed by any one institution or single clique of middle-aged men in smoke-filled rooms, and the new technologies of the past 200 years have on balance indeed benefited humanity despite all the problems they have brought in their wake.

While others may disagree, to me this seems both the most plausible vision of our future, and the one most likely to achieve the result of expanding civilisation to the stars.

A scenario for the ten-billion-times growth factor

Within this middle way scenario, I would envisage the following sequence of events for the future of manned spaceflight merging into Solar System colonisation.

1. Government exploration missions to low Earth orbit, and establishment of an outpost there. (Now complete.)

2. Based on the exploration in step 1, private enterprise now markets low Earth orbit for commercial passenger spaceflight, dominated by space tourism but also featuring commercial space manufacturing and university-funded science, and creates a growing, economically self-sustaining low Earth orbit infrastructure. (Now just beginning, and dependent upon SKYLON-type vehicles for full success. Expect this phase to unfold during the 2020s, with ultimately thousands of passengers flying to orbit and back every week.)

3. As low Earth orbit becomes more populated and costs of access fall, a market will appear for lunar flyby trips (Space Adventures has announced it already has one committed client for a flight around 2015). These are best satisfied by adapting existing space hotel designs for injection into Earth-Moon cycler orbits, thus ensuring that full solar flare protection, repair facilities and buffers of consumables can be built up in cislunar space. (Late 2020s to 2030s.)

4. The growing space hotel system and the demand for translunar propellants create a large-scale market for volatiles, especially water, in orbit which can be satisfied by robotic mining of the near-Earth asteroids; again, government exploration, in this case robotic asteroid exploration, will be needed to develop the technologies towards commercial sustainability. (2030s to 2040s.)

5. Based on the infrastructure in steps 2, 3 and 4, governments, singly or in collaboration, now launch new exploration missions to the Moon very much more economically than could have been achieved with an Apollo-style system, and establish one or more outposts there. (2050s.)

6. Based on the infrastructure in steps 2, 3 and 4, the construction of solar power satellites to serve Earth now becomes economically attractive, and the conversion of Earth from fossil fuels to solar power begins. (2030s to 2050s.)

8. Based on the infrastructure in steps 2, 3 and 4, government now launches exploration missions to Mars and Venus, and establishes outposts there. (2080s.)

9. Based on the exploration in step 8, private enterprise now markets Mars and Venus for commercial passenger spaceflight, dominated by science and colonisation. Interplanetary transport will use a network of cycler stations based on several decades of experience with Earth-Moon cycler stations. (Into the 2100s.)

10. Outposts on Mars and Venus grow into colonies, and meanwhile the cycler stations also grow into substantial transit cities, supplied from asteroids rather than from Earth. (First half of the 22nd century.)

12. Based on the exploration in step 11 and several decades of experience operating interplanetary cycler stations, private enterprise sets up mining and construction ventures in the Main Asteroid Belt to create self-sufficient colonies there. New cycler stations link these colonies with the inner planets. (Mid-22nd century.)

13. At the same time, private enterprise sets up cycler stations to serve Jupiter and Saturn, serving growing colonies on the respective giant planets’ moons and among the Jupiter Trojan asteroids. (Late 22nd century.)

14. The interplanetary economy is now growing independently of Earth, but at the same time the commerce (material, energy, information) between the colonies and Earth enriches civilisation at all locations. (The state of play at 1 January 2200.)

This scenario thus completes the transformation of civilisation from monoplanetary to multiplanetary status, and sets up the conditions under which economic and population growth may now proceed without interruption until the limits of the carrying capacity of the Solar System are reached.

At some point a few centuries in the future (I suggested the date 2500 above – as good a guess as any), the first starships will be able to depart, carrying our descendants to the stars. By this time, I assert in all seriousness, almost all of our descendants will be living permanently in space colonies. Why? Because we need to grow, and that is where the greatest opportunities for growth are.

Perhaps the biggest question so far unanswered is how humanity will change in coming centuries under the influence of genetic and information technologies. While genetics may modify us, principally in terms of improving disease resistance and extending our lifespans, information technologies, it is often claimed, have the potential to create a superior order of machine beings which are more intelligent than we are and more capable than natural humans in every way. Humans may be confined to Earth forever, or may even vanish completely, driven extinct by competition from the superior machine intelligence they have created.

This, however, is a topic for another essay.