On Missions and Nearby Stars

Sara Seager’s thoughts on who might join a crew bound for Alpha Centauri have had resonance, as witness Dennis Overbye’s story Discovery Rekindles Wish for a Journey to the Stars in the New York Times. Overbye, a touchstone in science journalism, has probably been pondering the issue because of Seager’s response to his question about Centauri B b. The MIT astronomer laid it out starkly: “I think we should drop everything and send a probe there.”

Seager is well aware of the issues involved and knows what a project it would be to drive a lightsail — or some other kind of spacecraft — up to ten percent of the speed of light. But she has us all thinking about the kind of people who would go on future manned missions (and whether they might wind up changing their minds). Overbye can look back at his high school yearbook, where he finds “Ambition: To go to the stars.” These days he’s thinking more about what would happen if he really did:

Perhaps it is a sign of my age that I think more these days about what I would be leaving behind than what I would be gaining: my family and other loved ones, autumn in the Catskills, one more cowboy trout stream or New Year’s Eve with old friends. 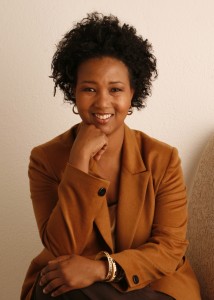 What about Mae Jemison, the former astronaut, engineer and actor who now leads the 100 Year Starship organization? Working with Icarus Interstellar, she landed a DARPA grant for $500,000 to plan for an interstellar mission, and it turns out Centauri B b was announced on her birthday. Thinking about those trout streams and mountain autumns, Overbye asked Jemison if she would want to board a starship, knowing that she could never return. Her response: “Yeah… I would go.” But she was quick to add: “It makes a difference who goes with you.”

Would we bring enough of our own culture along with us on an interstellar journey to create a truly livable environment aboard the craft? Jemison think so, saying that our ideas about such trips have to be reimagined, but it’s hard to see how any conceivable star journey at 10 percent of lightspeed could be a comfortable experience, though perhaps bearable with some kind of hibernation technologies. Much longer trips are another matter, for a sufficiently advanced civilization could think in terms of gigantic worldships that re-created Earthly habitats and, on millennium-long journeys, supported many generations of spacefaring humans.

Overbye acknowledges that all of this is daydreaming, given the current state of our technology, but sketching out a vision helps us understand the problem and question the tentative solutions. Seager’s enthusiasm for a future probe to Centauri B b reminded me of planet hunter Geoff Marcy (University of California at Berkeley), whose numerous exoplanetary finds include fully 70 out of the first 100 to be identified. It was Sara Seager who urged a 2011 MIT workshop to be provocative, leading Marcy, who was in attendance, to say this about star probes:

“I’d like to make an appeal to President Obama. I think he should stand up and make the following announcement: That before the century is out we will launch a probe to Alpha Centauri, the triple star system, and return pictures of its planets, comets and asteroids, as soon as possible, even if it takes a few hundred years or a thousand years to get there. [Going to Alpha Centauri] would engage the K-12 children, it would engage every sector of our society… It would jolt NASA back to life, if we’re really lucky. And of course any such mission should be an international one involving Japan, China, India, Europe…”

Marcy told the same audience that the key for the future of exoplanet studies was to get spectra of nearby stars. Staying close to home allows us to measure the atmosphere of these exoplanets once we have the space-based instrumentation in place. Moreover, proximity means we’ll be able to distinguish them from the zodiacal dust in their systems because as we study that relatively close dust, we’ll learn how to subtract its signature to resolve any Earth-like worlds more clearly. We need the ability to home in on planets within 25 light years not only for pure science but because these are the planets that, we hope, will be reachable by future propulsion systems. 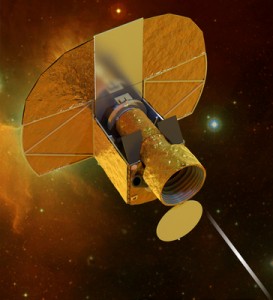 Bear in mind that the 2010 decadal survey New Worlds, New Horizons in Astronomy and Astrophysics made no mention at all of the Terrestrial Planet Finder mission. But just the other day we had news that Cheops had been designated as a new mission by the European Space Agency, with launch expected in 2017. Cheops – for CHaracterising ExOPlanets Satellite – will look at the kind of stars Marcy is talking about, nearby bright stars known to have planets. Hunting for transits, the mission will measure planetary radii and, for planets whose mass is known, reveal their density, which should tell us something about their internal structure.

Image: An artist’s impression of the Cheops telescope. Credit: University of Bonn.

The plan is to operate Cheops in a Sun-synchronous low-Earth orbit at an altitude of 800 kilometers, with a mission lifetime of 3.5 years. Alvaro Giménez-Cañete, ESA Director of Science and Robotic Exploration, says that “By concentrating on specific known exoplanet host stars, Cheops will enable scientists to conduct comparative studies of planets down to the mass of Earth with a precision that simply cannot be achieved from the ground.” We can hope that as more planets are found around nearby stars, other new missions will get funding, and the zeroing out of Terrestrial Planet Finder will one day be seen as only a temporary setback.