I discovered while trying to get to my copy of Stephen Dole’s Habitable Planets for Man that my office was so choked with stacks of books mixing with Christmas gifts about to be wrapped that I couldn’t reach the necessary shelf. Thus space studies end inevitably in office cleaning, the only benefit of which is that there is now a clear path to the most distant of the bookshelves and Dole’s book (this is the 1964 edition written with Isaac Asimov) now sits before me. I was feeling nostalgic and wanted the Dole volume to remind myself of my early enthusiasm for the nearby star Tau Ceti.

The news that five planet candidates have been identified around this star — one of them in the habitable zone — brings back the fascination that was piqued when Frank Drake made Tau Ceti one of his two targets in 1960’s Project Ozma, a search for extraterrestrial radio signals from Green Bank, WV. And in fact what I found in Dole’s book on the subject of Tau Ceti was mostly about Drake’s interest in this G-class star, along with the even closer Epsilon Eridani. Dole liked Tau Ceti’s similarity to the Sun but in those days we had no evidence of any extrasolar planets. 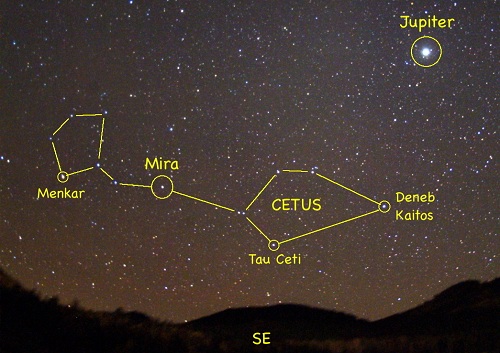 Pushing Data Modeling to the Limit

The latest news, from an international team of astronomers, causes us to look at Tau Ceti in a new and deeper way. Mikko Tuomi (University of Hertfordshire), lead author of the paper on this work, says that the team has found a way to detect radial velocity signals half again as small as any that have been worked with before. Says Tuomi:

“We pioneered new data modeling techniques by adding artificial signals to the data and testing our recovery of the signals with a variety of different approaches. This significantly improved our noise modeling techniques and increased our ability to find low mass planets.”

The big problem in radial velocity studies, according to the paper on this work, is stellar noise, which the researchers refer to as ‘stellar jitter.’ While its magnitude can be uncertain for given stars, the shape of its noise distribution and its variability over time, as well as its dependence on other properties of the star, have not been a major focus of investigation. The team added artificial signals to the radial velocity data of Tau Ceti to see which of its statistical noise models could best extract the artificial noise from the data. Its refined models then allowed the search for low-amplitude signals that had heretofore escaped detection.

As the paper explains further:

To verify the trustworthiness of our noise models in extracting weak signals from the data, we ﬁrst test their performance by adding artiﬁcial signals to the HARPS data set for HD 10700. The models that enable the recovery of the artiﬁcial signals are then compared using the Bayesian model selection techniques to ﬁnd the most accurate descriptions of these HARPS RVs. Finally, we search for periodic signatures of planetary companions in the HARPS velocities.

Just how hard is this paper pushing available radial velocity methods? For a take on that, I turned to planet hunter Greg Laughlin (UC-Santa Cruz), who noted the excitement of what he called ‘this deep dive into the three extremely extensive data sets on a household-name star.’ On the methods involved, Laughlin said this:

…it’s clear that the community is pushing up against the limits of the extant radial velocity data. It will take quite a while to get a substantial confirmation of these planets, since increases in signal-to-noise scale with the square root of the number of measurements, and there are a lot of measurements already.

It’s interesting to see that time-series techniques familiar from econometric analyses (e.g. ARMA(p,q) ) are being applied in this new context. I think that the methods they are using (which would be completely familiar to a Wall Street Quant) have a lot of promise in this particular area.

Out of this work, conducted with spectroscopic data from HARPS on ESO’s 3.6m telescope at La Silla (Chile), UCLES on the Anglo-Australian Telescope in Siding Spring, Australia and HIRES on the 10m Keck telescope on Mauna Kea, Hawaii, we have five planets with masses between two and six times that of Earth. The candidate in the habitable zone — orbiting its star every 168 days — is about five Earth masses, which the researchers say would make it the smallest planet orbiting in the habitable zone of any Sun-like star. The periodicities of the five in order are 13.9, 35.4, 94, 168, and 640 days, a system telling us that the new noise modeling techniques may have paid off handsomely.

Laughlin’s take on the Tau Ceti candidates is that they are representative of what we have been finding elsewhere:

…the system that they’re proposing is completely _unsurprising_. Kepler and HARPS have demonstrated that the galaxy’s default mode of planet formation is to produce multiple super-Earth/sub-Neptune category planets on nearly circular orbits with orbital periods in the range from days to weeks. This system is certainly a standard-issue example of such a configuration.

Interestingly, the team picked Tau Ceti for the study because they thought it contained no signals. Indeed, Tau Ceti, at just under 12 light years from the Solar System, is a quiet and inactive star for which the HARPS spectrograph had not been able to generate any planetary signatures despite more than 4000 spectral observations. Nor had other searches revealed any signals until this new work. The star is known, however, to have a bright debris disk with a mass estimated to be an order of magnitude greater than the mass of the Kuiper Belt in our own Solar System, extending out to about 55 AU, leading some to assume that any planets there would likely undergo an extensive period of bombardment from objects entering the inner system.

Confirming the Tau Ceti planets will be a story worth watching, for this is a star close enough to the Sun to factor into our thinking for spectroscopic atmospheric analyses in future missions. Quoting the paper again:

With a distance of only 3.7 pc, HD 10700 [Tau Ceti] is the third closest star reported to be a host to a putative planetary system after Epsilon Eridani (Hatzes et al., 2000) with a distance of 3.2 pc and α Centauri B (Dumusque et al., 2012) with a distance of 1.3 pc, though both of these remain to be conﬁrmed and Zechmeister et al. (2005) have cast considerable doubt on the existence of a planet around Epsilon Eridani. This makes HD 10700 an ideal target for future direct-imaging missions. The signals we ﬁnd, which suggest the presence of low-mass planets, are consistent with both current theoretical models for low-mass planet formation and extant observational evidence for the presence of low-mass planets in the immediate Solar neighbourhood.

The paper is “Signals embedded in the radial velocity noise Periodic variations in the τ Ceti velocities,” accepted for publication in Astronomy & Astrophysics and available online.