A Framework for Interstellar Flight

Those of us who are fascinated with interstellar travel would love to see a probe to another star launched within our lifetime. But maybe we’re in the position of would be flyers in the 17th Century. They could see birds wheeling above them and speculate on how humans might create artificial wings, but powered flight was still centuries ahead. Let’s hope that’s not the case with interstellar flight, but in the absence of any way of knowing, let’s continue to attack the foundational problems one by one in hopes of building up the needed technologies.

Marc Millis, who ran NASA’s Breakthrough Propulsion Physics project at the end of the 20th Century, always points out in his talks that picking this or that propulsion technology as the ‘only’ way to get to the stars is grossly premature. In a recent interview with the Australian Broadcasting Corporation’s Antony Funnell, Millis joined physicist and science fiction writer Gregory Benford, Icarus Interstellar president Richard Obousy and astronomer and astrobiologist Ian Crawford in a discussion of the matter. Asked where we stood with nuclear fusion, Millis said this:

At this point it is really too soon to pick any favourites because…well, let me put it to you this way; in three different studies, one done by looking at the amount of energy available, one done by financing and one done by technology, all of them came in that there is still going to be about two centuries before we could do a serious interstellar flight. So even if you pulled off the technology for a fusion rocket, to develop the infrastructure to mine enough helium-3 to fuel it, it’s still going to take a very long time. In other words, you could make the technology but to have the amount of energy to put into it takes even longer than developing the technology.

We had much the same discussion at the 100 Year Starship symposium last year in Houston, where a backer of the project from the business world asked why an interstellar mission would be so expensive. The answer simply comes down to the amount of money it takes to create the energy needed to push a payload to the kind of speeds we’re talking about. Given all that, we continue to study everything from beam-driven sails to antimatter-induced fusion and the whole boatload of possibilities in between, hoping to find more efficient ways to drive the starship. 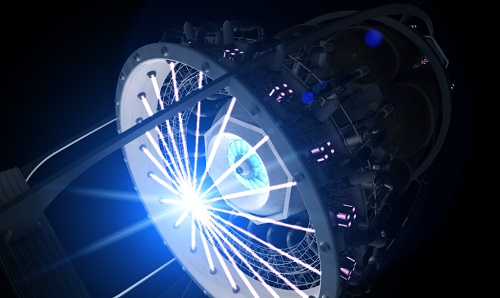 People differ widely on time-frames — some people get positively passionate about them — but my own view is that working toward the interstellar goal is just as valuable for me if it happens three centuries from now than if it happens by 2100. I’m no seer and the few times I’ve tried to predict the future, I’ve been humbled by how surprisingly an ‘obvious’ outcome can change. I’m also reminded of what Richard Obousy often tells his own audiences, that humans tend to overestimate what they can do in the short run and underestimate what they can do over longer periods. So maybe interstellar flight is going to happen sooner than I think. Either way, I’ll keep on writing about the topic in hopes of encouraging research and public involvement.

Whenever interstellar flight comes, assuming it does, we’ll all do better by looking out for our planet in timeframes of centuries rather than years or even decades. Gregory Benford told Funnell that the reason we fall into short-term thinking traps is that we live in a tightly defined environment, one in which the great age of physical exploration on our planet is long past. Moving out into the Solar System and ultimately beyond it in search of resources may once again instill a longer-term view as we seek out elements like helium-3 that fusion reactors will demand.

New human societies should emerge from all that as we move toward the construction of an economy throughout the system. Let me quote Benford on this from the interview, in a section where he’s asked about the 100 Year Starship project and the choice of the time frame. A century may be a symbolic goal, but the act of choosing goals is itself part of the process.:

The expansion of the United States into the West began roughly around 1850 and within a century was accomplished, largely through railroads and use of coal for power. But it went on to new heights, we invented the aeroplane, and a century later we already had intercontinental air flight commonly available. It’s this kind of building upon a model that makes star flight a proper goal for the development of the inter-planetary economy that we believe is coming, and therefore sets a goal; 100 years from now let’s see if we can build a starship, and what does it look like, and is it manned or unmanned or robotic or does it have artificial intelligence aboard? Those are secondary issues. The main thing is let’s have a goal and let’s build toward it.

Thus the method: Create a concrete goal and discover a way to reach it. Benford told Funnell that prosperity grows out of these efforts because the structure is being built every step of the way. I’m also reminded here of the ‘horizon mission methodology’ that NASA has found useful in stimulating thinking in its conferences — John Anderson described this in a 1996 JBIS paper. The idea here is to present a problem that is at present impossible to solve. The team then sets about defining what breakthroughs will be needed if this problem is ever to be conquered.

The Dangers of Presumption

Defining the goal and setting the target is the beginning of the process. This is one reason for the original Project Daedalus, which set out to examine the question of whether an interstellar vessel was even possible. The reasoning was that if a culture at our own level of technological development could identify a conceivable way to reach another star, then future breakthroughs should make the job that much more realistic. No one seriously planned to send a 50,000 ton vehicle to Barnard’s Star, but the project proved, way back in the 1970s, that designs that did not violate known physics could be contemplated. Project Icarus now refines the Daedalus model.

Former astronaut Mae Jemison, who heads up the 100 Year Starship initiative, put the matter this way in her conversation with Funnell:

One of the biggest challenges is, again, to keep people from trying to design every step of the way right now, because we don’t know. And as soon as you start saying ‘I know the answer right now’, then you’re probably going to cut off other avenues. There is something that I would say when you talk about how daunting this is and whether or not people say that it’s not possible. It’s a term that I first heard associated with movies, and that term is ‘suspending disbelief’. At some point in time we have to do move forward by suspending disbelief.

Jemison is not talking about suspending disbelief in known physics, of course. What she’s saying is that setting the goal and collecting the wide range of options is how the process begins, and if we succumb to assumptions — from ‘interstellar flight is impossible’ to ‘there’s only one way to do it, my way’ — then we’re not honoring the need for lengthy and challenging research that’s ahead. Personally, I find this notion invigorating. We are beginning to realize through our exoplanet research that Earth-like planets may be out there in the billions. We now engage scientists and engineers in the great work of studying the options that may one day put a human-made payload into another solar system. Humans themselves may eventually make the journey if we are wise enough to make the foundations of this enterprise deep, strong and true.