The Voyager spacecraft have run into their share of problems as they move toward true interstellar space, but on the whole their continued operations have been a testament to what well designed equipment can do. Voyager 2’s camera platform locked for a time not long after the Saturn flyby but controllers were able to restore the system by experimenting with similar actuators on Earth. Three years ago the craft began having data problems resulting from a flipped bit in an onboard computer but a reset from Earth corrected the fault. Even the failure of the primary radio receiver not long after launch was resolved by the use of the onboard backup.

Obviously both craft are living on borrowed time as the power output of their radioisotope thermoelectric generators (RTGs) continues to decline, but we should still be getting signals for another decade or so. With the Voyagers now on what is designated their ‘interstellar mission,’ it’s pleasing to note that Alpha Centauri is the guide star that Voyager 1 used to reorient itself to resume transmissions to Earth following 2011 maneuvering to allow better detection of the solar wind. We continue to push deeper into a region of space that is now little understood.

Yesterday’s brief skirmish over Voyager 1’s true situation tells us how much we have to learn about the Solar System’s edge. A paper by William Webber (New Mexico State) and the late Frank McDonald (University of Maryland) reported that a sudden change in cosmic rays detected by Voyager 1 last summer showed that the spacecraft was in a new region of the Solar System they called the ‘heliocliff.’ What evidently confused matters was that the American Geophysical Union, publisher of Geophysical Review Letters — the publication at which the paper had been accepted — sent out a news release saying the craft had left the Solar System.

While the cosmic ray changes were marked, with galactic cosmic ray intensity suddenly doubling last August, Caltech’s Ed Stone issued a statement saying that a change in the magnetic field will be the true indication of Voyager 1’s arrival in interstellar space. No such change has yet been detected, and the AGU soon revised the news release headline to say that the spacecraft had ‘entered a new region of space.’ The ‘heliocliff,’ in other words, is apparently the same region that NASA scientists had already noted as a previously unknown ‘highway’ of magnetic particles. Nancy Atkinson straightened all this out quickly on Universe Today.

So Voyager 1 hasn’t yet left the Solar System, even if it is in a curious boundary region we’re still learning about. Stone said last December that he believes true interstellar space may be months or at most a couple of years away. Whenever the transition does occur, it will mark our species’ first penetration of the realm beyond the heliosphere, and we’re fortunate indeed to have two spacecraft still functional enough to report back their findings as it occurs. After all, the Voyagers were never designed to be interstellar craft and have far exceeded our expectations. 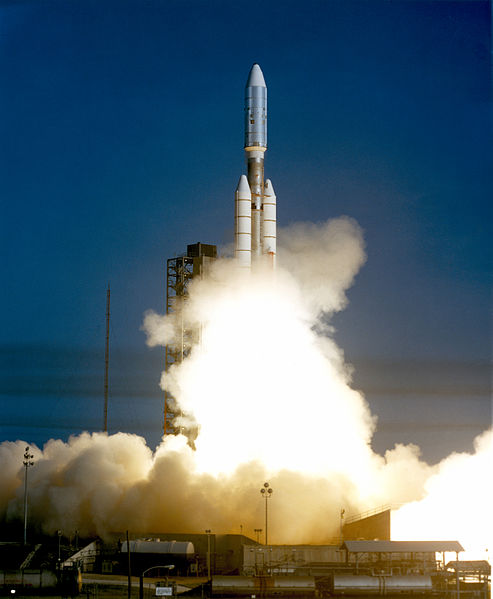 Voyager and the Archaeological Record

Meanwhile, another take on the Voyagers was offered up last January at the World Archaeology Conference in Jordan, where the spacecraft were treated as artifacts of our civilization. Colleen Beck (Desert Research Institute) and Ben McGee (Astrowright Spaceflight Consulting LLC) looked at the probes as meaning-bearing objects with or without their famous ‘Golden Records,’ markers of the culture that made them. Their presentation was titled “The bottle as the message: Solar System escape trajectory artifacts.” Matthew Battles uses Beck and McGee’s work as a launching pad for his own insights into the Voyagers in The Ache for Immortality.

Surely the Golden Records will never be snared by an extraterrestrial civilization, but compiling them taught us much about ourselves and our need to be remembered. Carl Sagan wrote about the Golden Record project in Murmurs of Earth (1978) where, Battles reminds us, he invoked the name of Esarhaddon, a 7th C. BC Assyrian king who saw to it that plaques were placed in the foundations of monuments in his kingdom as messages to the future. Thus the idea of a votive impulse focused not on the gods but rather posterity, an impulse to connect with successor generations that appears to be hard-wired in the species.

It turns out that another probe designed for our descendants is already in space. The Laser Geodynamic Satellite (LAGEOS) was launched in 1976 and joined by a second LAGEOS in 1992, both designed to study continental drift. Battles describes the satellite as a ball of brass more than half a meter in diameter, weighing 450 kg and carrying no instrumentation. The working principle is that ground-based lasers use the satellites to measure accurate distances, allowing scientists to detect tiny movements in the Earth’s crust. LAGEOS is in an orbit that will take over 8 million years to decay. It, too, contains a plaque, this one showing Earth’s continents over 16 million years of projected continental drift, a kind of time capsule in its own right.

What to make of gestures like this? From the essay:

There is a peculiar quality in these plaques and golden records — a compound of the Quixotic and the Ozymandian; an acknowledgement of our cosmic insignificance, paired with pride in the craft that pries that knowledge loose from the world — which is deeply characteristic of science in the late 20th century. Sagan stated as much when he wrote of the first Voyager mission, ‘the launching of this “bottle” into the cosmic “ocean” says something very hopeful about life on this planet’ — a hope that, however slim, was still vastly greater than the chance that one of the Voyagers would ever encounter life elsewhere. These messages in a bottle were among the more telling transmissions in a mythology of wonder that American science generated in the mid-20th century — an attempt, through science itself, to preserve a record of life on Earth, in light of destructive powers unleashed by science in the atomic age.

But an archaeological look at human monuments scattered throughout the Solar System — probes in long orbits, abandoned equipment on the Moon, networks of communications satellites — might see them in the same light that we now examine Esarhaddon’s works, for, as Battles puts it, “…like the monuments of ancient Mesopotamia, they embody our wonder tales as well.” I think any future archaeologist, human or otherwise, would read into the Voyager spacecraft the desire of a species to transcend itself, hopeful of finding a bridge to other intelligence but pressing on regardless as a way of building meaning into the cosmos.