A Starship Report from Brussels

Tau Zero’s founding architect brings news of a recent European Union meeting that included starships and their implications on the agenda. Here’s hoping that while he was there he also had the chance to sample some of those fabulous Belgian ales… 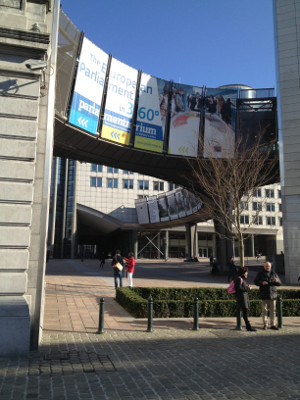 The European Union recently held a conference to collect information to plan for the coming decades of science and technology priorities. This included the theme of international collaboration and the implications for all humanity across the globe. As a part of this conference, the EU organizers invited Mae Jemison of the 100 Year Starship organization to chair a session about interstellar flight. Mae rounded up a suite of speakers including Buzz Aldrin (a genuine space celebrity), Jill Tarter (SETI), Lou Friedman (solar sail advocate and former Planetary Society director), Kathryn Denning (space anthropologist), Pam Contag (microbiologist), Marc Millis (propulsion physicist), and about half-dozen more.

The presentations were recorded and can be accessed here either now or very shortly. Look for the link to 100 Year Starship Session at European Parliament 2013. There were 11 talks of roughly 4 minutes each, plus Q&A. The talks covered a healthy span of issues and approaches. This coverage included the motivations for star flight, the compelling reasons to begin now, the search for extraterrestrial intelligence, the degree of difficulty involved in achieving true star flight, and a variety of insights regarding the imperative to create sustainable closed loop life support. 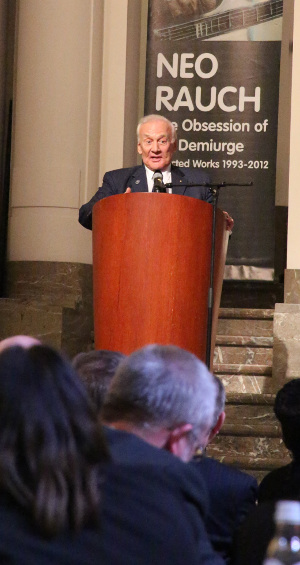 The topic of sustainable life support was given a healthy dose of attention. For human star flight, this is an unavoidable imperative whose methods must achieve 100% recycling. This forces achievements beyond what is necessary for Moon and Mars bases. In addition to the obvious issues of sustainable biology and human physical health, issues such as clothing manufacturing and recycling, governance methods, and questions about what cultures and individual life experiences would be fitting for an interstellar world ship emerged in these discussions.

While some might think that issues like these can be postponed until we are closer to the goal, remember that all humanity is trapped on a spaceship with a malfunctioning life-support system (human-induced climate change) right now, along with a radiation shielding system whose permanence is not guaranteed and a ‘crew’ that is largely oblivious to their responsibility for maintaining the habitability of spaceship Earth.

But all is not dark despite such gloomy prospects. There were also plenty of discussions about using the goal of star flight to provide a positive view of the future, something to allow us all to thrive, not just survive. For example, one talk suggested that we use the context of the love for our children to frame this positive future view. It was interesting that the person who made this comment, Jennie Yeung, also made the observation that she was the only Asian in this interstellar session and that Asians represent roughly half of the population of starship Earth. 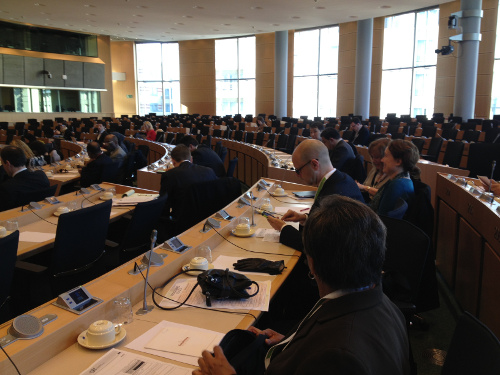 Sustaining Spaceship Earth, and learning how to create more world ships, calls for a world-wide endeavor. The focus of subsequent discussions was, “What do we do next?” Recall that at our present rate of procrastination, two-centuries remain before starflight might become possible (not including precursor missions). What is not known is if human society will survive long enough to achieve that sustained survival ability. Amongst the speakers, deep thinkers in their own right, there was frank discussion about such unknowns and what we can each do to make a better future. While Mae Jemison assembles a proposal to the European Union for interstellar work, the individual speakers discussed amongst themselves how to collaborate and what we can each do as we pursue our own specialties to make relevant progress. Despite the encouraging invitation from the European Union that puts the focus on these possibilities, there is no guarantee that there will be funding for this type of work.

The effect of star flight on society was also discussed. First, when considering the levels of energy needed to achieve interstellar flight, our civilization will have had to have achieved sustainable peace amongst ourselves. Even a slight misuse of these levels of energy could destroy the entire surface of Earth. Humanity must mature to have the responsibility to use such prowess safely. 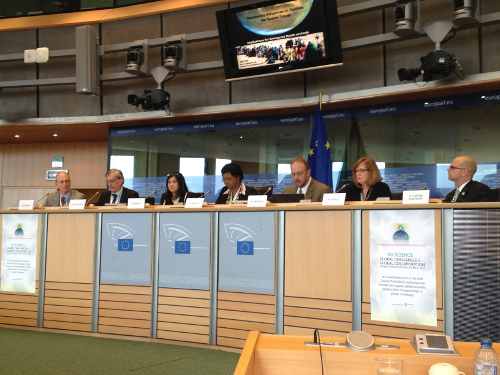 John Carter McKnight, Kathryn Denning, and others articulated the dimensions of the ethics and regulatory issues involved in moving towards interstellar capabilities. And when it comes to how to tell the story of the values and risks of interstellar flight, Kathryn Denning suggested that we avoid using some common analogies that have been popularized to discuss spaceflight. Specifically she cautioned against analogies to Columbus and Magellan, since these events of discovery also included some of the uglier sides of humanity, such as greed, mutiny, and slavery. In short we need to create a new positive message that accurately conveys the opportunities risks and sensible steps to eventually achieve both the societal maturity and technological capability of star flight, and in so doing, vastly improve life on Earth.

In the meanwhile then, while we all wait for our ideal levels of funding to come in, we shall continue ad astra incrementis, to the stars in ever-increasing steps. 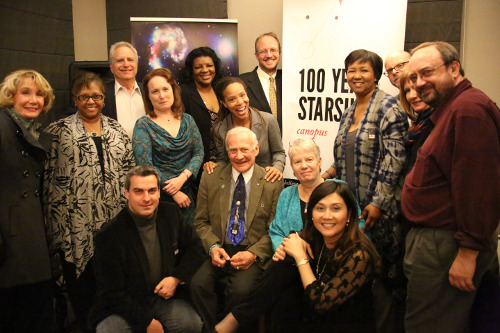