Our friends at Icarus Interstellar continue working on this summer’s conference. Just in from my son Miles is news about the opening of registration for the Dallas event.

Registration for the 2013 Starship Congress, hosted by Icarus Interstellar, is now open. The registration fee is $100; however, the first 25 paid registrations receive a $25 discount. This discount is also available to individuals who sign up by May 2nd, 2013. Students can register for a reduced rate of $50. Students must present a valid student I.D. at the Starship Congress to take advantage of the student rate. The $25 discount does not apply to student registrations. Group rates are also available. An optional lunch is offered for August 15, 16 and 17 for $25.

Richard Obousy, President and Senior Scientist for Icarus Interstellar, provided Centauri Dreams readers with a preview of the Starship Congress, which you can read here. For any questions, contact registration@icarusinterstellar.org. 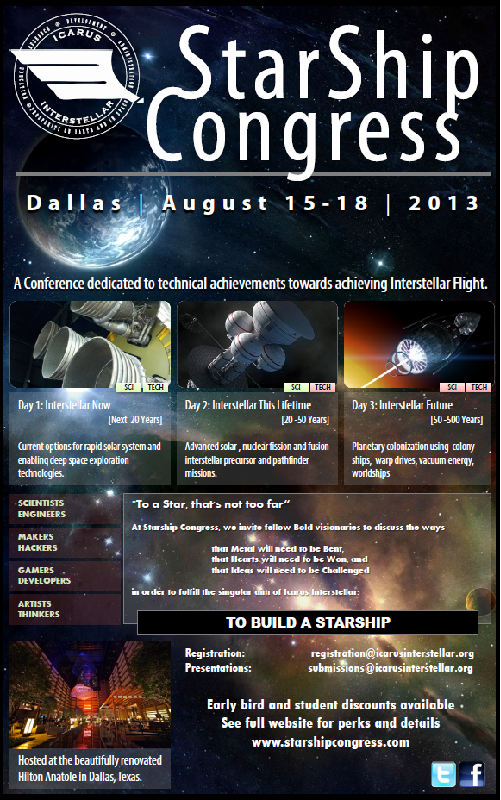