An Open Question on Priorities for Interstellar Efforts

At the 2012 100YSS Symposium, Heath Rezabek presented what he calls the ‘Vessel Archives’ proposal, a strategy for sustaining and conveying Earth’s cultural and biological heritage that was directly inspired by Gregory Benford’s Library of Life proposal (preprint available here). Heath tells me his major concern is in “improving the prospects for Earth-originating life through the longevity of our interstellar aspirations and through the application of advanced discoveries to enhance life’s prospects on Earth.” Independent of his role as Outreach and Collaborations Coordinator for Icarus Interstellar’s Starship Congress 2013, he is also an accepted presenter for that conference. Recently Heath contacted me about a research project he is conducting with implications for the interstellar community, as explained below.

In his non-interstellar work, Heath Rezabek (MLIS) is a futurist librarian, technology grants coordinator, writer, and systems designer. He lives in Austin, TX, where he serves as the Teen Services Coordinator within Youth Services at the Austin Public Library, focusing on digital literacy initiatives for at-risk youth. 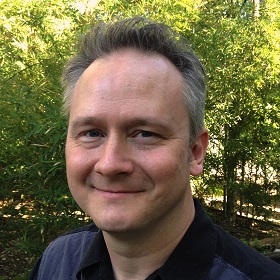 If you’re interested in space and space exploration, or if you’re interested not only in space but in long-term efforts to achieve interstellar travel in the fullness of time, I would like to survey your thoughts and feedback for a research project. The survey data collected will be presented in an accepted session at the 2013 Starship Congress (August 15-18, Dallas TX). Results will be fully documented online and reported for the benefit of all stakeholders in the future.

Through the use of the open source surveying platform at allourideas.org, I am asking long-term space exploration advocates the following question:

What do you see as a priority for interstellar efforts over the next 10-20 years?

The survey is stocked with priorities submitted thus far, running the gamut from the very specific to the broad and general. Skeptical or constructively critical submissions are also welcomed! I am gathering as many new or additional ideas as you are willing to submit.

The resulting data and polling set will be designated CC0 (public domain), so that the ideas this open question yields can be of open benefit to others who may explore this same question in the future. This project is an experiment in a new series of such surveys on a wide range of challenges, called Open Questions: Questions of priority whose answers may be developed and used by all.

If you want to know more, feel free to email me at heath.rezabek@gmail.com — and if you are interested in Starship Congress, join us at —

Thanks for participating and passing this on.