Deeper Into the Golden Age

The golden age of exoplanets? I’ve often described our time as such, referring to the fact that we’re finding planets at such a fast clip and learning so quickly about the wide range of planetary systems out there, including those with ‘hot Jupiters’ and ‘super-Earths.’ But the next step in the discovery process is a bit murkier. If we’re learning how exoplanets are distributed — and even with a hobbled Kepler, we still have a great deal of data still to be analyzed — we’re not yet ready to take the spectra of exoplanet atmospheres on conceivably habitable worlds.

This is important, because light scattering off an atmosphere bears the signature of things like water vapor, oxygen, methane and carbon dioxide, the right combination of which could signal life. And just as Kepler is useful at developing a statistical read on the distribution of smaller planets, so we’ll want to have a way to measure the frequency of worlds that actually do bear life. It’s a problem Lee Billings notes in How We Could Find Alien Life Soon — and Why We Probably Won’t, an essay in Nautilus. After touching on the technologies of spectrum gathering, Lee says this:

The bigger, more fundamental problem is that obtaining the spectrum from just one potentially habitable exoplanet is unlikely to be enough; satisfying our search for life, gaining some inkling of our cosmic context, will probably require surveying hundreds or thousands of worlds in the relatively short timespan of one space-telescope mission. To quickly, efficiently perform such a search requires one or more very large, very sophisticated starlight-suppressing space telescopes—telescopes that currently have no funding and very little public awareness.

Billings’ take is that a fully developed space telescope capable of taking atmospheric spectra of Earth-like worlds would cost in the range of $5 billion, a step up from the $600 million Kepler and higher than the $3.6 billion Cassini. He’s quick to point out that the cost is substantially lower than Americans pay per year for chocolate candy — Neil deGrasse Tyson makes this same point using lip balm as a cost per year comparison to the Cassini orbiter. And even though I think Lee’s $5 billion figure is optimistically low, it’s hard to deny his point: Finding life signatures on habitable zone planets is within our grasp if we have the will to make it happen. 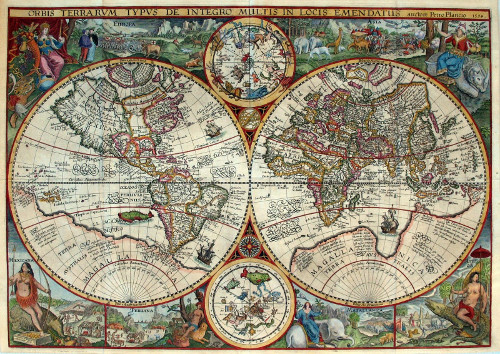 Image: Orbis Terrarum, a world map published by the Dutch astronomer, cartographer and clergyman Petrus Plancius in 1594, charting a century of European exploration. Filling in the gaps in maps like this took centuries. How long will it be before we begin building a cartography of terrestrial worlds around other stars?

For his part, Seth Shostak calls this enterprise, and Kepler in particular, “the most exciting research experiment going.” In How Ordinary Are We?, Shostak runs through the current woes, centering on the failure of a reaction wheel used to point the telescope. A command sequence to torque the wheels may eventually clear the material causing the friction, or perhaps not. But with two years of Kepler data still in the pipeline, we’re going to get an important read on the fraction of Sun-like stars that have Earth-sized planets in the habitable zone no matter what.

Fix the reaction wheel and another year of data gathering could occur. But without it, we still get an answer, although one, as the SETI Institute’s Jon Jenkins tells Shostak, with slightly larger error bars. Both results may well act as a spur to public interest in the question of what we do next, relating the statistical Kepler findings to the stars closer to our own Sun. Missions like TESS (Transiting Exoplanet Survey Satellite) will help us find some of these potentially habitable worlds, but until we have spectral information about their atmospheres, we’ll be left to wonder the age-old question of Earth’s place in the cosmos and the frequency of life elsewhere.