Congratulations to Icarus Interstellar, which with five days to go has easily surpassed its goal of raising $10,000 on Kickstarter. The campaign supports the Starship Congress to be held in Dallas August 15-18 at the Anatole Hilton Conference Center. It is described on the Kickstarter page as “…a forum where scientists, physicists, engineers, researchers, urban designers, representatives from international space programs and present-day commercial space operators, as well as popular and well-known interstellar speakers and space journalists share their visions for how the future of spaceflight and interstellar exploration is to unfold.”

The Kickstarter description also includes a quick refresher on Project Icarus itself, the main goals of which are:

And while we’re on the subject of Kickstarter, which raises public money through donations small and large, I’m seeing 19 days to go on the ARKYD space telescope project from Planetary Resources. Kickstarter works by letting you run a campaign with a definite time limit — the project is funded only if the goal is reached within the deadline. Planetary Resources already has $851,000 pledged toward a goal of $1 million in the service of a publicly accessible space telescope. It’s clear the funding mission will succeed, as have 43,000 other projects since Kickstarter’s 2009 launch, involving 4.2 million people in over $650 million in donations.

Image: The ARKYD 100 is the first private space telescope and a stepping-stone to near-Earth asteroids. This space telescope, utilized in low Earth orbit, represents the next milestone on our technology development roadmap. Credit: Planetary Resources.

With a 2015 launch in prospect, the ARKYD 100 makes Planetary Resources’ hunt for asteroids a reality to the public, some of whom, for a pledge of $99, will be able to use it to look at the object of their choice. A wide variety of rewards are available for pledges at many levels, including the prospect of having an asteroid named after the benefactor. But the real kick is to put public contributions large and small together to get a working scientific instrument into space. A $25 pledge nets you an image of yourself displayed on an ARKYD viewscreen as it orbits the Earth.

With a Web and mobile app on the way to handle photo uploading and retrieval as well as mission tracking, Planetary Resources has done a superb job of anticipating what it will take to energize students and build careers. But I like especially the philosophical aspect behind the project. The ARKYD 100 shows us that all of us can become a part of an ongoing effort to develop space resources, with contributions from all over the planet. I can see why there’s a rush to get this project funded as phase 1 of the larger goal of asteroid mining.

I can’t leave the subject of fundraising for worthy science without mentioning The Long Now Foundation’s ongoing effort to raise $495,000 in support of its Salon building project. Long Now is transforming its existing museum at Fort Mason Center in San Francisco into a showcase for the long-term projects it supports. Already the home of receptions and other small events, as well as a steady stream of students, tourists and other visitors, the museum now needs renovation to create a gathering space that incorporates Long Now artifacts, a two-story crowd-curated library, and an updated A/V system to support its public outreach. 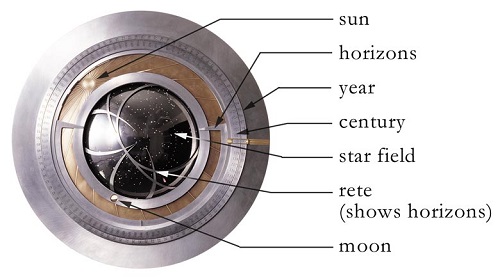 Image: The dial of prototype 1 of the 10,000 Year Clock, a vital part of the effort to expand human thinking to time-frames well beyond a single lifetime. Credit: Long Now Foundation.

The donation rewards here, like those for ARKYD, range across the price spectrum and include everything from exotic teas to flasks with the Long Now logo and a variety of unique spirits. What projects like these illustrate, though, isn’t easily captured in a material reward. For much of the public and for too long a time, science and exploration have become matters done by others, things to read about or watch on the news. Crowdsourcing is one way to get the public involved not through an obligatory tax but a voluntary contribution chosen out of personal interest in the subject.

We have many signs all around us that dedicated individuals can do things and make a difference in science. Maybe the most obvious example is the ongoing work of amateur astronomers who, with off-the-shelf equipment, are making a serious contribution to the exoplanet hunt not only through their own observations but also by working with images and light-curves made available on the Internet for close scrutiny by volunteers. Now through crowdsourcing, young people with a few dollars and genuine enthusiasm can feel themselves to be a part of this wave of public engagement. Exciting projects like these are well worth their attention.