How we’ll go to the stars is often a question we answer with propulsion options. But of course the issue is larger than that. Will we, for example, go as biological beings or in the form of artificial intelligence? For that matter, if we start thinking about post-human intelligence, as Martin Rees does in the recently published Starship Century, are we talking about reality or a simulation? As the Swedish philosopher Nick Bostrom has speculated, a supremely advanced culture could create computer simulations capable of modeling the entire universe.

Rees recapitulates the argument in his essay “To the Ends of the Universe”: A culture that could create simulations as complex as the universe we live in might create virtual universes in the billions as a ripe domain for study or pure entertainment, allowing a kind of ‘time travel’ in which the past is reconstructed and the simulation masters can explore their history. So there we have a play on the nature of reality itself and the notion that our perceptions are constricted — as limited, Rees says, “as the perspective of Earth available to a plankton whose ‘universe’ is a spoonful of water.’ 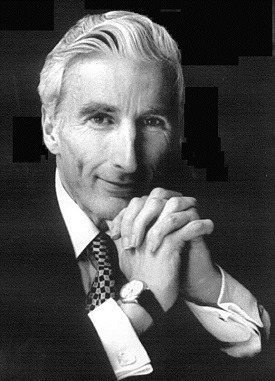 It’s a mind-blowing thought and Rees uses it to point out that our concepts of physical reality may need adjustment. What engages him about post-human evolution, though, isn’t the simulation speculation as much as the idea that genetic modifications and a simultaneous advance in machine intelligence will allow the kind of ‘directed’ evolution we’ll need if we are to expand into colonies beyond Earth. Here’s the argument compacted into a paragraph:

Darwin himself realised that ‘No living species will preserve its unaltered likeness into a distant futurity.’ We now know that ‘futurity’ extends much farther, and alterations can occur far faster than Darwin envisioned. And we know that the cosmos, through which life could spread, offers a far more extensive and varied habitat than he ever imagined. So humans are surely not the terminal branch of an evolutionary tree, but a species that emerged early in the overall roll-call of species, with special promise for diverse evolution — and perhaps of cosmic significance for jump-starting the transition to silicon-based (and potentially immortal) entities that can more readily transcend human limitations.

Rees thinks we are at a special moment in time, a century that is the first occasion when the fate of the entire planet is in the hands of a single species. It’s also the century when we have the capability of starting the expansion of human life into the rest of the Solar System and beyond. This thought will recall Rees’ 2003 book Our Final Century (published in the US as Our Final Hour), whose subtitle says it all: ‘A Scientist’s Warning: How Terror, Error, and Environmental Disaster Threaten Humankind’s Future In This Century – On Earth and Beyond.’ There follows a study of the risk factors that hang over our culture’s head.

Which do you think would be the most likely cause of our demise? The possibilities are legion, ranging from environmental collapse to biological terrorism or the inadvertent results of using new technology, perhaps in the release of nanotechnology that goes out of control. The argument in the essay is similar to the book, that we have the ability to surmount these problems if we are wise enough to expand the frontiers of science and of exploration. The outcome is by no means certain but I think the picture may look darker than it really is, for while we can see the problems Rees outlines emerging, we cannot know what new knowledge we will gain as we confront them that will make solutions possible. Put me, then, on the more optimistic side of Rees’ speculations, a space the Astronomer Royal dwells on in this essay.

Let’s assume, then, that the outcome is indeed human survival and movement into space. That calls for near-term solutions to re-energizing the global space effort. How do we avoid the blunders of the past, the failure to follow up the Apollo landings with a credible and sustained program to continue manned exploration? The answer may well lie in private funding:

Unless motivated by pure prestige and bankrolled by superpowers, manned missions beyond the moon will need perforce to be cut-price ventures, accepting high risks — perhaps even ‘one-way tickets.’ These missions will be privately funded; no Western governmental agency would expose civilians to such hazards.

Here, of course, we think of Inspiration Mars, the plan to send a crew of two on a Mars flyby with launch in 2018, or the Dutch Mars One program, in which settlers would go to Mars knowing they would not be returning. Rees continues:

There would, despite the risks, be many volunteers — driven by the same motives as early explorers, mountaineers, and the like. Private companies already offer orbital flights. Maybe within a decade adventurers will be able to sign up for a week-long trip round the far side of the Moon — voyaging farther from Earth than anyone has been before (but avoiding the greater challenge of a Moon landing and blast-off). And by mid-century the most intrepid (and wealthy) will be going farther.

On Risk as Necessity

That scenario winds up with human outposts scattered through the Solar System, beginning with Mars or, perhaps, the asteroids. The post-human era may begin as we bring genetic engineering to bear on making ourselves more adaptable to such radically alien environments. A parallel development in artificial intelligence will make it an open question whether our forays beyond the Solar System are conducted by human or machine or a mixture of both. Given the time-scales involved in interstellar journeys, any human crews would be heavily modified, but it’s more likely that they will be non-biological entities altogether, adapted for long and solitary exploration.

Is interstellar travel possible? The answer may well be yes, but for whom? Rees’ point is that the options will grow as we gain experience with the new environments we explore. SETI may help us find extraterrestrial intelligence, but maybe not. Either way, evolution into the post-human era will be driven by the imperative to protect — and extend — the species. Whether or not such extension leads in the course of millennia to a Kardashev Type III civilization, actively shaping the fate of its entire galaxy, will depend at least in part upon our ability to transcend the kind of existential risks Rees discusses in Our Final Century.

Where I disagree with Rees is in the implication that, the risks of our century being solved, we will have transcended them. Risk survival is a continual process activated by the very breakthroughs in technology and exploration the astrophysicist here explores. We can only imagine what kind of dangers a rapidly growing starfaring culture would expose itself to purely in terms of its own engineering, not to mention its possible encounters with other civilizations.

Our encounter with risk has always been a precondition for our encounter with life, making the 21st Century a bit less unique than Rees would have it, but no less significant for the opportunity it offers to re-evaluate and once again engage the inevitable risks of growing starward.