I’m looking forward to the upcoming Starship Congress hosted by Icarus Interstellar, which will take place in Dallas from August 15th to the 18th at the Hilton Anatole. With an audience of physicists, engineers and researchers of all kinds, this is a chance to catch up with old friends and firm up relationships that have in some cases been pursued solely through email. 2013 may be remembered as the year of the conference in interstellar terms, since we had the Tennessee Valley Interstellar Workshop in February, Starship Century in May, Starship Congress coming up in August, then the 100 Year Starship Symposium in Houston from September 19th to the 22nd. 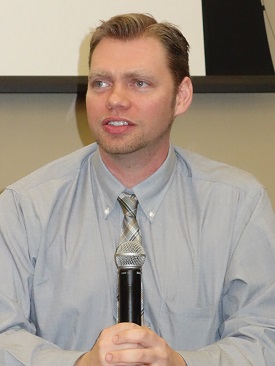 This doesn’t include smaller events like the British Interplanetary Society’s excellent Philosophy of the Starship gathering in late May, and if you’re in range of BIS headquarters in London, it’s worth checking out what’s coming up on their always active schedule. But thoughts of indefatigable activity on the interstellar front always bring me around to Richard Obousy, president of Icarus Interstellar, who appears in a short piece titled Incredible Technology: How to Make Interstellar Spaceflight a Reality, along with Tau Zero Founder Marc Millis. Obousy is, in the best sense, an interstellar optimist.

It was in Huntsville for the Tennessee Valley event that I heard Obousy use a phrase he repeated for Space.com’s Mike Wall: “I think a lot of people tend to overestimate what we can accomplish in the short term, in the next five to 10 years. But they also vastly underestimate what we can accomplish in the long term, decades or a century from now.” And that’s right on the money, because when we look ahead just a few years, we often see trends we think will accelerate, but over the long-term it’s often the factors we hadn’t yet considered that make all the difference.

I catch the same optimism in Marc Millis, who as former head of NASA’s Breakthrough Propulsion Physics project knows what it is like to be cut off at the knees by funding problems. Millis thinks the discovery of an Earth-like planet around another star will be a motivator for public engagement with space, resulting in the kind of interest that could spur demand for new exoplanet observatories and, we can hope, funding to support progress in propulsion. Advances in computer technology and the growth of commercial spaceflight, particularly through asteroid mining ventures that will extract resources and return them to Earth, should also help.

Obousy’s observation about underestimating what can happen over the long haul gibes with what David Deutsch argues in The Beginning of Infinity (Viking, 2011). Deutsch distinguishes between ‘prophecy’ and ‘prediction’ when talking about the future, prophecy being the discussion of things that are simply not knowable, whereas prediction involves conclusions that are based on good explanations. When we try to know the unknowable, we create a bias toward pessimism because we cannot know the shape or reach of future knowledge.

The growth of knowledge cannot change that fact. On the contrary, it contributes strongly to it: the ability of scientific theories to predict the future depends on the reach of their explanations, but no explanation has enough reach to predict the content of its own successors – or their effects, or those of other ideas that have not yet been thought of. Just as no one in 1900 could have foreseen the consequences of innovations made during the twentieth century – including whole new fields such as nuclear physics, computer science and biotechnology – so our own future will be shaped by knowledge that we do not yet have. We cannot even predict most of the problems that we shall encounter, or most of the opportunities to solve them, let alone the solutions and attempted solutions and how they will affect events. People in 1900 did not consider the Internet or nuclear power unlikely: they did not conceive of them at all.

Thus it may well be that the solutions we find in 2100 to problems that plague us today will come from directions we have yet to imagine. And I think the Icarus organizers are doing the smart thing by arranging their Starship Congress around time tracks: What can be done in the short-term to accelerate the progress of deep space research? What will be needed 20 to 50 years from now to achieve interstellar goals? And what can we say about longer timescales?

The interface between prediction and prophecy is a challenging place, demanding shrewd analysis and a mind open to possibility. Understanding how short-term prediction can turn into long-term prophecy reminds us of how easy it is to make blanket statements that are invalidated as new knowledge becomes available. Think of Albert Michelson’s address at the University of Chicago in 1894, when he argued that “The more important fundamental laws and facts of physical science have all been discovered, and these are now so firmly established that the possibility of their ever being supplanted in consequence of new discoveries is exceedingly remote… Our future discoveries must be looked for in the sixth place of decimals.”

Thus the view from 1894, with quantum theory and relativity looming in the near future. Deutsch would say that the physics of that year was not able to predict the content of its successors, that in fact it was not capable even of imagining the kind of changes quantum theory and relativity would bring. Comments like Michelson’s should keep us humble as we look ahead. 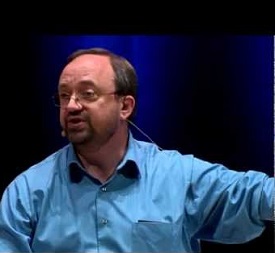 Millis makes much the same point in Mike Wall’s article. He’s been describing the kind of technologies under investigation for advanced propulsion, which include nuclear fusion, solar and beamed-energy sails, antimatter engines and interstellar ramjets. But as he tells Wall, none of these alternatives other than solar sails are even close to being flight-ready. Even the sails we’ve launched are experimental and far smaller than what would be needed for interstellar flight, nor have we any experience in accelerating actual sails in space through beamed energy.

But we want to move forward, and Millis thus advocates “a reasonable portfolio, a small amount spread over everything from the seemingly simple solar sails to the seemingly impossible faster-than-light [engines], and the things in between.” The goal should be to move forward through a series of achievable milestones to build momentum and attract funding. Or as Lao Tzu once put it, “You accomplish the great task by a series of small steps.”

We don’t know which propulsion option will be the one to take us to the stars, but as Deutsch would remind us, we don’t even know whether the one that actually succeeds is on our current list, because we may not have conceived of it yet. Something the philosopher Karl Popper once said sticks with me. This is from his The Myth of the Framework (Routledge, 1996):

The possibilities that lie in the future are infinite. When I say ‘It is our duty to remain optimists,’ this includes not only the openness of the future but also that which all of us contribute to it by everything we do: we are all responsible for what the future holds in store. Thus it is our duty, not to prophesy evil but, rather, to fight for a better world.