Although it’s hard for me to believe it, there was a time nine years ago, not long after I began writing these posts, when a daily scramble for topics was fairly common. How the world has changed. These days, between the huge increase in online discussion of interstellar flight and the burgeoning exoplanet scene, the problem becomes to keep from falling too far behind. I’m already a couple of weeks out on interesting work from the University of Washington on one of my favorite topics, red dwarfs and the possibilities for life there. It’s time to catch up. 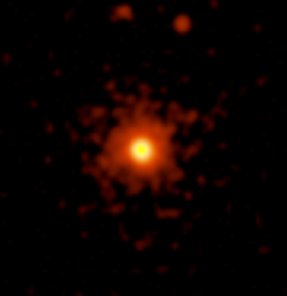 What Aomawa Shields has been examining in her recent work is climate in the extreme, the kind of ‘snowball Earth’ event that, in several periods 600 million years ago and earlier, may have covered the planet in ice from pole to pole. Shields’ new paper in Astrobiology goes at the question of climate extremes on planets around M-dwarfs, where conditions are markedly different than around stars like the Sun. It turns out that M-dwarf planets, even when they receive the same amount of light, may be warmer than their counterparts orbiting larger, hotter stars.

The reason: While hotter stars emit more visible and ultraviolet light, cooler stars are rich in infrared and near-infrared wavelengths. Ice and snow absorb longer wavelength near-infrared light more efficiently than visible light, which tends to be strongly reflected. In the red dwarf scenario, then, the absorption of light by ices and snows helps to warm the planet, a trend that can be compounded by atmospheric greenhouse gases that also absorb near-infrared light.

Image: Proxima Centauri, the nearest star to our own, and an example of a red dwarf with frequent flare activity. New work from the University of Washington suggests that M-dwarf planets are more likely to avoid ‘snowball’ events when the planet becomes completely covered with ice. No planets have yet been discovered around Proxima Centauri, but the hunt continues. Credit: NASA/CXC/SAO.

Whereas hotter stars may have their visible and ultraviolet light reflected by ices and snows on the surface (‘ice-albedo feedback’ is the term), the M-dwarf stays warmer at the same level of incoming light. M-dwarf planets are more likely to avoid the kind of snowball states that terrestrial worlds around hotter stars fall into. From the paper (citations removed for brevity):

Because of the spectral dependence of ice albedo, the ice-albedo feedback mechanism is sensitive to the wavelength of light coming from the host star. On M-dwarf planets, a significant amount of radiation emitted by the host star is absorbed by atmospheric gases such as CO2 and water vapor, which absorb strongly in the near IR… However, a disproportionate amount of the longer-wavelength radiation that does reach the surface will be absorbed by, rather than reflected from, icy or snowy surfaces on these planets.

The effects are striking, because conditions for runaway icing don’t occur:

This will reduce the difference between ice and ocean surface albedo. Episodes of low-latitude glaciation, termed “Snowball Earth” events… may be less likely to occur on M-dwarf planets as a result of the lower-albedo ice on their surfaces, as entrance and exit into such a snowball state has been shown to be sensitive to ocean-ice albedo contrast…

Snowball states don’t preclude life, of course — Earth itself is proof of that — but Shields argues that astronomers will want to prioritize their searches for planets less vulnerable to them (see this University of Washington news release for more). That seems an unnecessary leap given that snowball events can be a catalyst for emerging life, as the paper goes on to discuss:

The Neoproterozoic Snowball Earth episodes of 750 to 635 million years ago have been linked to the emergence of multicellular life on Earth due to enhancement of the flux of dissolved phosphates into the ocean, which would have caused increased primary productivity and organic carbon burial and led to the rise of oxygen in the ocean and atmosphere… Planets less likely to experience such global-scale glaciations may therefore be dependent on alternate pathways to serve as catalysts for biological evolution. The M-dwarf planet in our simulations also exhibited more stable lower-latitude ice lines than the G- or F-dwarf planets; this may be due to the lower-albedo ice formed on its surface. A more stable low-latitude ice line on M-dwarf planets may be possible as the result of a lower albedo contrast between bare sea ice and snow-covered ice…

Shields and team used three-dimensional atmospheric circulation models to simulate planets covered by ocean, land and water ice under different conditions of incident radiation from a variety of star types. The effect of icy surfaces absorbing light works along with greenhouse gas absorption to reduce the frequency of snowball events. The effect becomes less of a factor as we move to the outer edge of the habitable zone, where greenhouse gases like atmospheric CO2 reach high levels and ice-albedo feedback plays a much smaller role.

The paper is Shields et al., “The Effect of Host Star Spectral Energy Distribution and Ice-Albedo Feedback on the Climate of Extrasolar Planets,” published online by Astrobiology July 15, 2013 (full text).

Next post: Brown Dwarf Planets: Catching Up with Recent Work