My flight to Houston for the 100 Year Starship Symposium was complicated by aircraft maintenance problems, two switched flights and lost baggage (due in tonight), but I’m now ensconced in the hotel room, from which I just snapped the photo below. I’m 26 stories up and plan to go higher (to the rooftop restaurant) in a little bit. 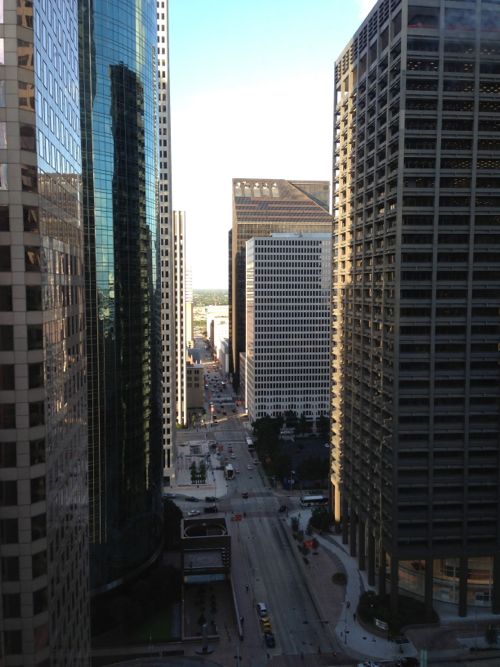 As I did at Starship Congress, my plan is to focus my attention on taking notes and I won’t try to do any ‘live blogging’ from Houston. When I get back next week, I’ll be writing up the event over a spread of days as I try to get my notes in order. There should be plenty to talk about. Look for me on Twitter as @centauri_dreams if you’re hoping for the occasional tweet. And while I’m here, although I probably won’t be writing much on the site, I’ll take care of comment moderation as often as I can.