Starting Up an Interstellar Civilization

Broadening the interstellar community through public engagement is something Centauri Dreams is all about, so I try to keep my eyes on emerging tools that support that effort. On that score, the 100 Year Starship Symposium in Dallas was provocative. John Carter McKnight (Arizona State University) was chair for the track “Becoming An Interstellar Civilization: Governance, Culture & Ethics,” and although I only had the chance to talk to him briefly, I learned about something called MOOCs — Massive Open Online Courses. These interactive teaching forums support readings and video with intense interactions among students and teachers.

Serendipity always works its magic, and the very day I was starting to look into MOOCs, Tau Zero social media wizard Larry Klaes sent me news of a MOOC being offered at the University of Leicester. It’s not interstellar in nature, but Larry knows of my interest in the medieval world and knew I would be interested in a six-week interactive (and free) study of Richard III and his era, taught by the university’s Deirdre O’Sullivan, who specializes in medieval archaeology. For those similarly inclined, England in the Time of Richard III begins on November 25. 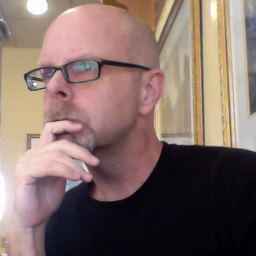 My concern about interactive courses has always been that they can be so easily degraded by spammers or trolls, but evidently the community is learning how to shut down such activities. Dr. McKnight described one course with over 16,000 participants that had successfully brought a number of graphic artists into contact with their fans, fellow artists and students. Obviously, if we can refine MOOCs into serious learning experiences, we can think about using them to reach broad audiences with courses in physics, astronomy and all aspects of interstellar flight.

From Blue to Black Sky

Switching between tracks had me constantly changing rooms, but I stayed in McKnight’s track to hear Erika Ilves discuss how to go about starting up an interstellar civilization. Ilves is an innovation strategist and author interested in what she describes as ‘hyper-visionary ventures,’ about as apt a description as I can think of for organizations like the 100 Year Starship. Her multi-media book The Human Project (co-authored with Anna Stillwell) examines existential challenges and evolutionary opportunities for our species, a three-year project that puts forth an agenda leading to what she hopes will become a multi-planetary civilization. 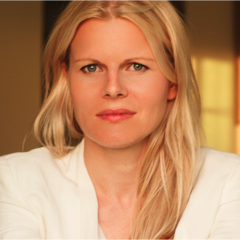 One of the issues Ilves explores is how to accelerate the transition to this kind of civilization, one that ultimately becomes interstellar. On this site I’ve often spoken about the long-range challenges that should take us off-planet, from protecting the Earth from future impacts to investigating astrobiology in ever-widening spheres of exploration. But Ilves argues that engaging the public must also involve solutions to problems closer to home, such as advances in energy production and sustainable ecologies. Her definition of civilization is broad: “A cultural infrastructure designed for continued survival and evolution of Earth-originating minds in the universe.” Our ultimate goals should include seeding life and searching for it elsewhere.

Image: Erika Ilves, whose determinedly optimistic outlook on the human future draws inspiration from David Deutsch’s The Beginning of Infinity.

On the near-term front, technological imperatives include human life extension, a deepened human presence in the Solar System, and a fully built-out global Internet, all of this building the basis for what we need to move outward: Fusion, engineered habitats in deep space and major advances in closed-loop ecologies. Her work examines the various fora for global public initiatives and entrepreneurs that can help lead to this result. Catalyzing the transition involves refocusing human attention out of inward-focused trivialities and into the kind of ventures that advance our civilization, and that means making the turn from ‘blue sky’ to ‘black sky’ thinking.

Much of what Ilves said found resonance in Michael Paul Ziolo’s following talk, which focused on the evolutionary ‘long jump’ our species will take as it moves into permanent habitation in space, a jump that Ziolo believes is far greater than that taken by our distant ancestors when they moved from sea to land. Ziolo (University of Liverpool) is as compelling a speaker as I have ever encountered, a tall, rangy man who speaks with palpable enthusiasm and deep engagement with his subject. He sees our challenge as to develop a secure foothold in the Solar System before resource depletion and other constraints make it impossible for us to take this step.

I hadn’t been aware of the Rockwell Corporation’s Integrated Space Plan, which Ziolo displayed on-screen, but it was developed in 1989 to offer a long-term strategy for cooperative research that would lead to a permanent human presence in space (you can download a copy here). Ziolo sees it as a useful forerunner, a prototype that can be reworked through a networked, distributed computing model (think SETI@home), which would become a design tool as we move into a space society. Dr. Ziolo’s sense of urgency is palpable. In the lobby on the last day of the conference, I spoke to him about the imperative to get key technologies into place before what he describes as ‘constraint and error catastrophes’ set us back and make future progress unlikely.

I probably connect as well as I do with Dr. Ziolo because of his own background, which includes extensive work in medieval studies along with an interest in ‘psychohistory’ I can only describe as Asimovian — I was not the first to bring up the name of Hari Seldon from Asimov’s Foundation series, though I don’t recall Ziolo himself using it. In any case, a love of the medieval world rotates around the crisis of civilizational collapse following the loss of the Roman influence and the long era of recovery that follows. Medieval man, fortunately, was blessed with the kind of natural resources that a future society, experiencing the same order of setback, may not have at its disposal, making a return to space that much more unlikely.

So getting to work while the resources are still available is important. So is reaching the public with the message, and to cycle back to where this essay began, I want to mention Casey Hudson’s presentation at the Saturday lunch session in the ballroom. Hudson is doubtless known to many of you since he is executive producer for a gaming franchise called Mass Effect that a number of readers have told me about. I have no experience with gaming, probably because I spend the day in front of a computer screen and by the time the day ends, the last thing I am ready to do is park myself in front of another screen, whether game or TV. Give me a good book and I am happy, but the last computer game I played was a World War II submarine simulation called GATO that goes all the way back to the mid-1980s and was, I’ll admit, a lot of fun. 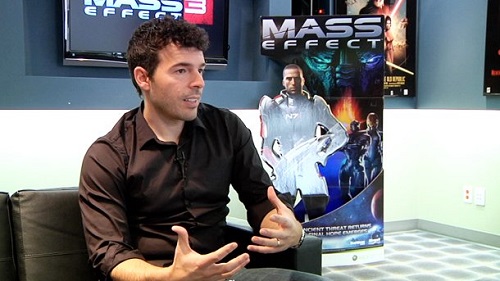 Image: Casey Hudson, whose talk on gaming effectively explored the technology’s potential for taking the interstellar message to the general public. Credit: GameInformer.

Hudson’s talk, illustrated with numerous clips from the Mass Effect games, was revelatory to someone who hasn’t been following the technology. With gaming getting ever more realistic in terms of graphics and interactive dialogue, it’s easy to see why a large population is hooked on Hudson’s product, and also heartening to think that such an interest could lead to motivating people into careers in the space sciences. And as Hudson noted, as we move closer to genuine artificial intelligence, games will become far more realistic, with characters interacting not through previously scripted responses but through original and unpredictable paths. An immersive 3-D environment coupled with such characterization would be a potent learning tool indeed as well as a font of popular entertainment. 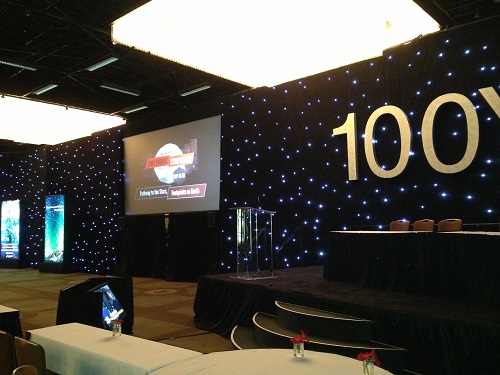 Tomorrow I want to get into Eric Davis’ track “Factors in Time and Distance Solutions” and Joe Ritter’s track on “Destinations,” along with notes on a variety of pleasant encounters with old friends as the symposium continued. As you would expect, Houston has some excellent Mexican restaurants, and the hotel-top restaurant proved superb, as Eric, Marc Millis and my son Miles and I discovered. More on all this and a wine reminiscence tomorrow.