Kathleen Toerpe, PhD, is a social and cultural historian who researches the human dimension of outer space through an emerging field called “astrosociology.” She is the Deputy CEO for Public Outreach and Education with the Astrosociology Research Institute, volunteers as a NASA/JPL Solar System Ambassador, is active with the 100 Year Starship initiative to lay the groundwork for future interstellar travel, and provides space outreach consulting through Stellar Outreach, LLC. She also teaches social sciences and courses in critical and creative thinking at Northeast Wisconsin Technical College and has spent her spare time hunting for exoplanets and extraterrestrials as a citizen scientist. She can be found on Twitter at @ktoerpe. 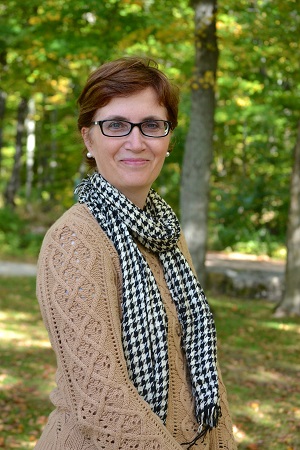 Study the science of art. Study the art of science. Develop your senses- especially learn how to see. Realize that everything connects to everything else.
— Leonardo da Vinci

When da Vinci admonished his students to open their eyes to a wholistic understanding of their world, he hardly could have been thinking about an emerging 21st century academic discipline called astrosociology. But his Principles for the Development of a Complete Mind provide a useful lens with which to focus on a field that explores how human behavior, social interactions, institutions and belief systems are all connected to outer space.

The short answer is that astrosociology studies the human dimension of outer space. How are humans – right here and now – affected by what goes on in outer space? How will we be affected in the future? And, in a reciprocal relationship at the heart of the discipline, how do humans – our interactions, institutions and belief systems – affect space research, exploration and the future success of off-world human settlements?

Our ability to purposively imagine ourselves interconnected as part of the larger social structure of space forms the theoretical underpinning of the discipline, extending C. Wright Mills’ concept of a sociological imagination more widely than he himself might have imagined. In his foundational two-part Inaugural Essay: The Definition and Relevance of Astrosociology in the Twenty-first Century (2004), sociologist and astrosociology founder Jim Pass identifies the structural forces at play and coins a new term, astrosocial phenomena, to distinguish those “social, cultural and behavioral patterns related to outer space.” In short, the human dimension of outer space.

Pass developed the field as a subspecialty within the broader academic discipline of sociology and the reception hasn’t always been warm and welcoming. At times seen as competing with research in the more established niche of the sociology of science and technology, astrosociology has often received a warmer welcome from space professionals than sociologists. To be fair, there is oftentimes a speculative bent to astrosociology that pushes hard against the empirical, data-driven ethos of traditional sociological research. But it is precisely that ability to speculate – while at the same time producing and applying numerical and narrative data to create tangible and testable hypotheses – that infuses the field with Mills’ celebrated call to imagination.

By nature of its all-encompassing focus – after all, human social behavior related to the enormity of outer space is a rather large research arc – astrosociology is necessarily multidisciplinary and collaborative. Just as astrobiology syncs with biology, chemistry and physics to research microbial life on Earth in order to anticipate and recognize life elsewhere, astrosociology uses our whole knowledge of human behavior and interactions to understand, anticipate, recognize – and, in applied astrosociology, to mediate – both the relationship between space and humans as well as humans among themselves while engaging in space activities. That net is far-flung and draws in many disciplines. 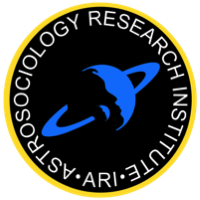 Who owns the minerals found on asteroids (yes, even asteroids comprise assets as well as risks); what laws regulate space tourism; what ethics guidelines apply to microgravity research on children; how does long-duration space exploration affect crew health, morale, productivity and relationships back home; who speaks for Earth in the event of a ETI contact; how does human imagination use science fiction to inspire or “beta test” science fact; how do political, religious and cultural ideologies affect funding and popular support for space exploration; how do divisions such as nationality, race, gender, and class affect who is chosen for missions – and grants – and who remains behind? The breadth of research topics may mirror the expanse of space itself! So while astrosociology was born from the proverbial rib of sociology – and owes much to the discipline for its theoretical underpinnings in conflict theory, functionalism and interactionism – the offspring has matured to include professionals from the entire spectrum of the social and behavioral sciences, the performing and literary arts, and the humanities. Psychology, political science, history, economics, literature, theology, anthropology and dance are just a few of the academic departments that play in the astrosociology sandbox. All are welcome because all shed light on another aspect of the human experience as it relates to space, or again, in Pass’s words, as it creates and reveals astrosocial phenomena.

For myself, I am a social and cultural historian – deeply immersed in the sandboxes of both history and sociology – with a passionate desire to use education and outreach to move humanity from a disconnected and often parochial worldview to one that is ready for wonder, discovery and engagement. Along the way, what we learn about who we are in space may have profound implications for who we are on Earth. To echo the theme of the recent 100 Year Starship 2013 Symposium, Pathway to the Stars, Footprints on Earth, astrosociology is in the business of looking at footprints.

As an academic field, astrosociology is, admittedly, an energetic newcomer. After all, ten years is not a long tenure among ancient collegiate stalwarts like History, Physics or Literature. But research that is inherently astrosociological in content, approach and tone has been ongoing for decades. William Bainbridge’s sociological study of spaceflight (1976); Howard McCurdy’s analysis into the inner workings of NASA (1993); Allen Tough’s research into ETI contact (1998); and Frank White’s identification and analysis of the overview effect (1987) – among many, many other examples – all coalesce around astrosociological themes and astrosocial phenomena. More recently, Karl Aspelund’s insightful 100 Year Starship presentation at last year’s 2012 Symposium – on the practical and cultural challenges of clothing a human interstellar expedition – reinforce both the eclectic and the multidisciplinary nature of astrosociological research.

In 2011, the academic journal Astropolitics devoted a special issue to astrosociological research. Helmed by special editor Christopher Hearsey, the issue featured articles by Pass further defining astrosocial phenomena; Albert Harrison on the cultural aspects of SETI; Hearsay’s own examination of the nexus between law and astrosociology; David Lempert’s study of the challenges in creating space habitats; Simone Caroti’s essay on the role of science fiction in astrosociology; and Virgilu Pop’s work on the relationship between space exploration and climate change. The Institute for Advanced Studies in the Space, Propulsion and Energy Sciences (IASSPES) has sponsored three symposia in astrosociology (2009, 2010 and 2011) through its technical venue, the Space, Propulsion and Energy Sciences International Forum (SPESIF). And the Astrosociology Subcommittee, headed by Dr. Pass, welcomes collaborative research through the Society and Aerospace Technology Technical Committee of the American Institute of Aeronautics and Astronautics (AIAA).

The Astrosociology Research Institute (ARI), co-founded by Pass, sociologist Marilyn Dudley-Flores, and aerospace engineer Thomas Gangale in 2008 as a non-profit educational institute, facilitates cutting-edge astrosociological research and education. In addition to its quarterly newsletter, Astrosociological Insights, ARI has developed a college and professional-level course titled Introduction to Astrosociology, which forms the foundation for its Astrosociology in the Classroom initiative. This course fills a crucial gap in schooling social and behavioral scientists about space-related issues as well as educating space scientists about the human dimension of their research. We hope to begin offering this course online in the coming months along with a textbook anthology of readings on astrosociology. Equally exciting is the upcoming premier of the peer-reviewed Journal of Astrosociology, which has just issued its first call for papers. It will be the first academic journal dedicated to the study of the two-way relationship between human society and the outer space environment. Upcoming original research sponsored by ARI focuses on the selection, training and challenges faced by a new class of “private astronauts” whose presence reflects the increasingly entrepreneurial nature of space exploration. There are busy times ahead for the Institute!

Once you have tasted flight, you will forever walk the earth with your eyes turned skyward, for there you have been, and there you will always long to return.

We have returned to the skies many times since our first flight beyond Earth’s gravity, and one day, perhaps, our children or grandchildren will live there, raise their children, and build new, human spacefaring societies on distant planets or moons. They will go there as social beings connected to each other and to the past they leave behind on Earth – bound by common goals and torn apart by divergent myths – but always changing what it means to be human by their interactions with each other and their environment. Those who stay on Earth will be no less affected. We are not there yet and we do not yet understand what it will all mean. But the field of astrosociology, following da Vinci’s dictum to “see the connections,” is asking the questions right now, in the thick of it, as it is all unfolding – wondrous and fresh, messy and complicated. And we invite you to join us!