Hacking Humanity to the Stars: The DIY Space Program

Among the numerous groups now emerging with an eye toward space exploration, SpaceGAMBIT has been the one I knew the least about. It was a pleasure, then, to hear from Alex Cureton-Griffiths, who is UK Project Lead for SpaceGAMBIT. Alex was more than happy to offer this description of SpaceGAMBIT and its plans for the future. He tells me he spends his time traveling and talking to people about our future in space and how they can get involved. In his spare time he “hunts for good coffee and hacks on steam-powered satellite thrusters for fun.” Alex, I buy coffee green and roast my own beans. If you’re a coffee guy, we need to talk, man. 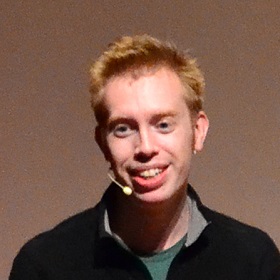 When I mention to people that I’m trying to help build humanity into a spacefaring species, I usually get the same reaction: “ I don’t believe it – that’s so cool!”

I’m with them all the way on the second part of that reaction – it really is amazingly cool. It’s the first part that gets me – the “I don’t believe it” part. For so many people, getting to the stars is literally unbelievable. Because it’s assumed to be too difficult, too far off, or too big for individuals to make a difference. People watch movies like Star Trek and imagine we need to have shiny starships to get there, without thinking about the greasemonkeys who build the technology to get us to starships in the first place.

My organisation, SpaceGAMBIT, is a group of those greasemonkeys, and we aim to prove the doubters wrong by getting humanity hacking on hands-on, practical projects that will help us one day live amongst the stars. We’re not alone – we’ve got half a million dollars in funding from the US government to do this, and we’re working with many organisations to Make Things Happen.

How We Make a Difference

Now, it’s no good hammering away on a starship chassis if we don’t even have warp drives yet. Or for that matter, if we don’t even know that warp drives are a possible or optimal technology. Since we’re all about hands-on, just putting together plans and models for interstellar settlement doesn’t really float our boat. Instead, we focus our projects on:

1. Building near-term technologies that will get people thinking about space and settling the stars. Things like a partial space suit and 3D printed planetary rover components

2. Educating and inspiring the public about the need for getting to space and how they can get involved now. These include a range of space badges for Hacker Scouts and workshops for building Cubesats

Why focus on the here and now? If the public can’t see a near-term use for space technologies, they go back into “Star Trek” mode. The thing that gets people’s blood pumping is seeing it’s a “real thing” and that they can make a difference.

All of our projects are brought to life by the maker movement through hackerspaces, makerspaces and other community spaces. Basically, an ad hoc worldwide network of passionate, hands-on tinkerers with the tools, community and mindset to Get Stuff Done. Makers aren’t limited by the norms of the engineering industry, so they’re more likely to get something bodged together quickly and rapidly iterate to make it work. And since many don’t have a formal engineering background there’s a lot of out-of-the-box thinking, resulting in off-the-wall designs that might just work anyway.

There are now thousands of such community spaces around the world, including in formerly-wartorn countries like Iraq and Afghanistan, and even NASA is getting in on the act, opening their own makerspace at Ames. And if there’s no space near you, there’s absolutely nothing to stop you getting together with a group of friends and building your own!

Another key point is that all of our projects are open-source, open-hardware, open-documentation, open-everything. Anyone is free to take the projects and replicate, re-use, build on or modify them as they wish. We believe that if we’re to make it as a spacefaring civilization we’ve got to share what we know, not lock it up.

The fantastic thing about the maker community is that anyone can get involved. Hackerspaces and makerspaces are open for anyone to join for a small fee, and no qualifications or background are needed. Whether you’re an engineer, an artist, a kid, or whoever else, you’re free to roll up and start hacking together your own projects. As UK Project Lead for SpaceGAMBIT, I’m a walking, talking case-in-point. I have no formal engineering or space background. In fact, I flunked high school maths and majored in Chinese at university. And here I am, running a space program. If I can get involved, anyone can.

Don’t worry about coding a killer app, knowing how to wire a plug or building a 3D printer from scratch – these spaces are where you can learn from each other, and learning means failing now and again (and celebrating that failure). I was completely clueless on my first day, but over time (and many wonderful failures) I’ve learnt from the other members and developed my skills. Here’s how:

1. Find your local hackerspace. Many big cities have several.

2. Most hackerspaces have an open night or social night. Try to attend one of these to see what it’s really like. Each one has its own vibe, and words can struggle to do them justice!

3. Get involved with a cool project, or just start your own. Instructables has plenty of space projects to get you started off, and we promote many more projects in development through SpaceGAMBIT.org. When it comes to starting your own, you don’t need to ask. Just bring stuff and get working!

4. As soon as you’ve got a project going, you may need funding to continue it: SpaceGAMBIT offers funding for certain types of projects, and there’s always Kickstarter or Indiegogo, both of which have successfully funded space projects.

5. If you have kids (or if you’re a kid yourself), there are lots of great programs out there to get started. Curiosity Hacked (formerly Hacker Scouts) are based in the USA, and Code Club offer after school coding classes around the world.

We’re now working with NASA on the asteroid grand challenge, because we can’t become a starfaring species if we’re wiped out by death rocks from outer space. In a few months, we’ll launch a new round of project solicitation, focusing on how to spot dangerous near-earth-objects and figuring out how to divert them. We’ll also run a couple of competitions to get more people scouring the skies, with the aim of making telescopes cheaper and easier to use.

Like last year, we plan to continue funding projects focused on space and maker education, habitat technologies, and small satellite technologies. For projects we fund, we emphasise rapid iteration and getting things done on a budget. All projects have a funding limit of $20,000, should take 3-4 months to complete and be totally open-source, open hardware and open everything. For now you can check our previous project submission announcement for more information, and get in touch if you have a project you’d like to submit!