Search for one thing and you may run into something just as interesting in another direction. That has been true in the study of exoplanets for some time now, where surprises are the order of the day. Today David Kipping (Harvard-Smithsonian Center for Astrophysics) addressed the 223rd meeting of the American Astronomical Society in Washington to reveal a planetary discovery made during the course of a hunt for exomoons, satellites of planets around other stars. Kipping’s team has uncovered the first Earth-mass planet that transits its host star.

Just how that happened is a tale in itself. Kipping heads up the Hunt for Exomoons with Kepler project, which mines the Kepler data looking for tiny but characteristic signatures. Transit timing variations are the key here, for a planet with a large moon may show telltale changes in its transits that point to the presence of the orbiting body. In the case of the red dwarf KOI-314, it became clear Kepler was seeing two planets repeatedly transiting the primary. No exomoon here, it turned out, but as David Nesvorny (Southwest Research Institute) puts it:

“By measuring the times at which these transits occurred very carefully, we were able to discover that the two planets are locked in an intricate dance of tiny wobbles giving away their masses.”

The star, located about 200 light years away, was orbited by KOI-314b, about four times as massive as the Earth and circling the star every thirteen days. Transit timing variations, it became clear, flagged the presence not of an exomoon but another planet further out in the system, dubbed KOI-314c. And while the latter turns out to have the same mass as the Earth, it is anything but an ‘Earth-like’ planet. KOI-314c is, in Kipping’s words, ‘the lowest mass planet for which we have a size *and* mass measurement.’ With size and mass in hand we can work out the density. This is a world only thirty percent denser than water, as massive as the Earth but sixty percent bigger, evidently enveloped in a thick atmosphere of hydrogen and helium. 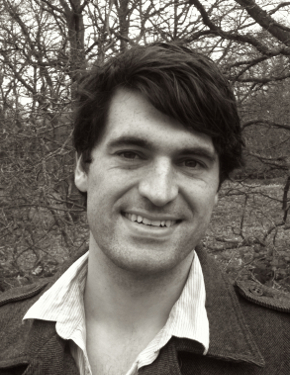 Are we dealing with something like a ‘mini-Neptune,’ perhaps one that has lost some of its atmosphere over time due to radiation from the star? Whatever the answer, KOI-314c forces us to re-examine our assumptions about small planets and how they are made. In a recent email, Kipping told me:

“If you asked an astronomer yesterday what they would guess the composition of a newly discovered Earth-mass planet was, they probably would have said rocky. Today, we know that is not true since now we have an Earth-mass planet with a huge atmosphere sat on top of it. Nature continues to surprise us with the wonderful diversity of planets which can be built.”

Exactly so, and what a potent lesson in minding our assumptions! Kipping continues:

“We now know that one can’t simply draw a line in the sand at X Earth masses and claim “everything below this mass is rocky”. It hints at the fact that the recipe book for building planets is a lot more complicated than we initially thought and so far we’ve perhaps only been looking at the first page.”

A humbling notion indeed. Finding solar systems like our own, with rocky worlds in an inner region and gas giants further out, has proven surprisingly difficult, making us think that our system may be anything but typical. Now we’re examining a small planet that forces questions about planetary mass and composition and leaves us without easy answers. Its discovery highlights the significance of transit timing variations, a technique that is clearly coming into its own as we reach these levels of precision studying low mass planets. We’re still looking for that first exomoon, but the hunt for these objects is pushing the envelope of detection.

Kipping’s email mentioned yet another significant fact. KOI-314c circles a red dwarf close enough for detailed observations with the upcoming James Webb Space Telescope. The size of the atmosphere around this world could make it ideal for detecting molecules in its atmosphere, adding to our knowledge of this particular planet but also giving us another venue on which to sharpen the tools of atmospheric characterization. A worthy find indeed, and a reminder of how much we have yet to discover in Kepler’s hoard of data.