Solar Sailing Moves into the Journals

I’m just getting started with Chris Impey and Holly Henry’s Dreams of Other Worlds (Princeton University Press, 2013), but glancing through it yesterday reminded me how long it has taken sail hardware to get into space. While Ted Cotter and Carl Wiley hoped for early experiments with sail ideas, we never got them until much later. Interesting mission concepts like JPL’s ‘gyro’ sail to Halley’s Comet did develop (although it never flew), and the Soviet Znamya deployments gave us some experience with thin membranes in space (I’ll talk about those soon), but by and large we left interplanetary exploration for the rockets.

The deep space probes and near-Earth observatories Impey and Henry cover — Viking, Voyager, Stardust, Chandra, Hubble and their ilk — gave us outstanding results but were not, until IKAROS, joined in space by alternative sail technologies. I’ll review this book in some detail as soon as I finish it, but for today let’s go back to the late 1950s, a time when Carl Wiley had already introduced solar sailing to a science fiction audience and Ted Cotter had apprised his colleagues at Los Alamos about the possibilities of a spinning sail. 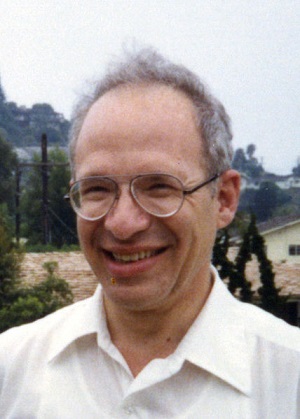 For sails were about to make their debut in the technical journals. At the IBM Watson laboratory at Columbia University, physicist Richard Garwin, although deeply involved in nuclear weapons issues at a time of serious Cold War tensions, had become taken with the advantages of traveling between planets without propellant, not to mention the continuous acceleration that would allow the minute ‘push’ of photon momentum transfer to build up to high speeds when given enough time. In a March 1958 paper in the journal Jet Propulsion, Garwin published an analysis that ends on a note of genuine optimism: “There are considerable difficulties connected with space travel, but those connected with the sail appear relatively small.”

Garwin’s paper surely served as the stimulus for the detailed studies that would soon emerge, many of them covered in these pages, from the likes of Robert Forward, who would be talking about not just solar sails but sails propelled by laser in short order. Carl Wiley’s 1951 article in Astounding had been surprisingly technical, showing that sails could be maneuvered by ‘tacking’, thus allowing them to move inward toward the Sun, but it would be Garwin who put the term ‘solar sailing’ into wide use in the scientific community. By 1973, NASA would be funding solar sail studies at Battelle laboratories in Ohio, and Jerome Wright’s work on sail trajectories would lead to the Halley’s Comet mission concept, a spin stabilized heliogyro configuration using twelve 7.5 kilometer long blades of thin film.

Solar-electric propulsion won out over the heliogyro, but sharply rising cost estimates ultimately killed the entire rendezvous mission. It’s worth mentioning, since we’ve been looking at early sail pioneers this week, that the heliogyro concept itself had been developed in the 1960s by Richard MacNeal (Astro Research Corporation). The design was particularly interesting in this timeframe because it seemed to solve the challenging issues of deployment — a heliogyro would simply unroll each individual blade, as Colin McInnes explains in his Solar Sailing: Technology, Dynamics and Mission Applications (Springer, 2004). The work also led to the characterization of a wide range of thin sail films as we began to develop sail expertise.

If you’re interested in the Halley’s Comet mission, Louis Friedman’s Starsailing: Solar Sails and Interstellar Travel should be on your shelf. As to Richard Garwin, something that Enrico Fermi said surely resonates. Working with Garwin at the University of Chicago in the late 1940s, Fermi described him as the only true genius he had ever met, as recalled by fellow Fermi student Marvin Goldberger, who would himself become the head of both Caltech and the Institute for Advanced Study in Princeton. Garwin worked on nuclear arms design and in particular on the world’s first hydrogen bomb.

By 1958, the year of the solar sail paper, he was immersed in his work with IBM but also consulting for Los Alamos as well as Washington and holding down a physics appointment at Columbia. His work on how underground nuclear tests could be detected grew out of Dwight Eisenhower’s proposal of a Comprehensive Test Ban Treaty, one that failed but did lead to a partial ban in 1963.

Garwin’s later efforts on behalf of test ban issues during the Clinton administration are admirably summed up in this 1999 article by William Broad, who refers to him as a ‘onetime boy wonder’ who went on to become a celebrated physicist and passionate advocate of nuclear test bans. By then he had become chairman of the State Department’s advisory board on arms control, taking on the job with a ‘famously sharp tongue’ and bulldog tenacity. Garwin’s interests were wide, and we can be happy that one of them included a then novel way of propelling a spacecraft, a still visionary concept in 1958 but one about which research momentum was beginning to build.